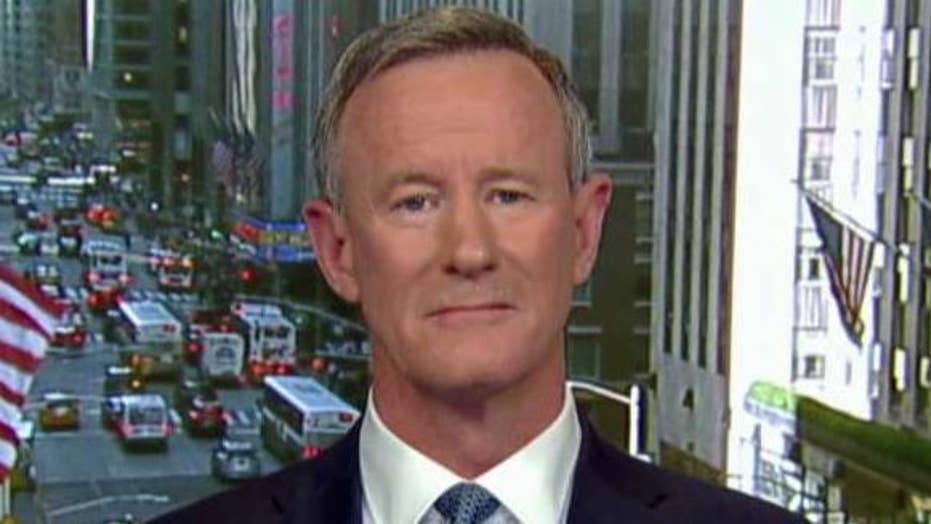 President Trump’s Iran policy appears to be careening between diplomacy and belligerence. One day Trump tweets, “I’m sure that Iran will want to talk soon.” The next he warns that "if Iran wants to fight, that will be the official end of Iran.” Confused? Well, there is a method to the madness.

The Trump administration understands that Iran doesn’t want war because Iran knows it will lose. That’s why Supreme Leader Ayatollah Ali Khamenei made clear via a government Twitter account — a medium he knew would reach Trump — that “this is not a military confrontation because no war is to happen.”

Trump’s goal is not to start a war. His administration has three objectives: First, restore deterrence and contain Iran’s expansionism across the Middle East. Second, roll back Iran’s gains and force it back within its borders. And third, give Iran’s leaders a clear choice: They can come to the negotiating table, give up their nuclear and missile ambitions, and act like a normal country — or their regime can implode, just like the Soviet Union.

REP. WALTZ ON IRAN BRIEFING: 'WE ARE GOING TO DETER WAR BY SHOWING STRENGTH'

When Trump came into office, Iran was on the march across the Middle East — in Syria, Lebanon, Iraq and Yemen — thanks to the Obama administration’s failure to confront Iranian aggression and the massive infusions of cash it received from sanctions relief under President Barack Obama’s Iran deal. Trump withdrew from the deal, but he did not simply restore sanctions imposed before it; he ramped them up to unprecedented levels. The sanctions have already “wiped $10 billion from Iranian revenue since November,” The Washington Post reported, citing administration officials.

This month, the administration tightened the screws even further, eliminating waivers for eight countries that had previously been allowed to continue importing Iranian oil. The goal, according to American officials, is to reduce Iranian oil exports to “zero.” It’s working. Bloomberg News reports, “Iran’s oil shipments tumbled this month after the U.S. ended sanctions waivers. ... So far, not a single ship has been seen leaving Iran’s oil terminals for foreign ports.”

The new sanctions are forcing Tehran to cut funds to its terrorist proxies. According to The Post, “Iran’s ability to finance allies such as Hezbollah has been curtailed,” while in Lebanon, the New York Times reports, “Syrian militiamen paid by Iran have seen their salaries slashed” because, to quote one fighter, “Iran doesn’t have enough money to give us.” On Tuesday, Secretary of State Mike Pompeo told Congress that “Iran’s proposed defense budget has been reduced by 25 percent and the [Iranian Revolutionary Guard Corps’] proposed budget by about 10 percent.”

Will Iranian leaders come to the table? Far less draconian sanctions brought Iran to the negotiating table under Obama. But Trump has rightly paired tougher sanctions with tougher demands.

Iran is obviously unhappy with this, and U.S. intelligence saw signs that Iran was preparing to respond with attacks on Americans using terrorist proxies — just as they did in the 1983 Beirut Marine barracks bombing and the 1996 Khobar Towers bombing in Saudi Arabia, and by supplying Shiite militias in Iraq with armor-penetrating roadside bombs that killed hundreds of American soldiers.

So the Trump administration delivered a clear message that America will hold Iran directly responsible for any attacks on Americans, even if they are carried out by surrogates — and offered a show of force to back those threats. Far from making war more likely, this kind of clarity makes it less likely that Iranian leaders will miscalculate — because they know the consequences.

Sanctions are inflicting major pain. But if the goal is not only to contain but also to roll back Iran’s expansionism, then sanctions alone are not enough. We must also aggressively confront Iran throughout the region, building up our allies and bleeding the Iranians wherever we can — inflicting defeats on them in critical theaters such as Syria and Iraq, just as President Ronald Reagan did to the Soviets during the Cold War. A major drawdown of U.S. forces in Syria is incompatible with a “maximum pressure” approach.

Will Iranian leaders come to the table? Far less draconian sanctions brought Iran to the negotiating table under Obama. But Trump has rightly paired tougher sanctions with tougher demands. Pompeo has laid out 12 requirements for a deal with Iran — including an end to support for Middle East terrorist groups and a complete withdrawal from Syria — that Iran is unlikely to meet.

If they don’t come to the table, then what is our strategy? Does Trump really want to bring about the collapse of the Iranian regime? It’s not clear. If he does, then, as my American Enterprise Institute colleague Frederick W. Kagan points out, this task may be even harder than it was with the Soviet Union. As North Korea has shown, tyrannical regimes can survive even crippling sanctions. Certainly, the world will be better if Iran is focused on survival rather than expansion and terror. But it will take more than sanctions to leave the Iranian regime on the ash heap of history. That requires a strategy.