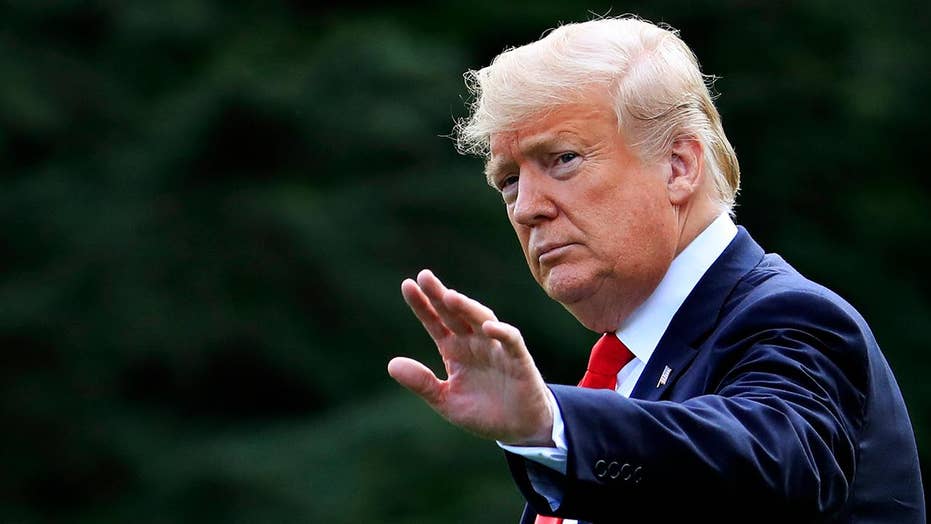 Donald Trump may be remembered as the most honest president in modern American history.

Don't get me wrong, Trump lies all the time. He said that he "enacted the biggest tax cuts and reforms in American history" (actually they are the eighth largest) and that "our economy is the strongest it's ever been in the history of our country" (which may one day be true, but not yet). In part, it's a New York thing -- everything is the biggest and the best.

But when it comes to the real barometer of presidential truthfulness -- keeping his promises -- Trump is a paragon of honesty. For better or worse, since taking office Trump has done exactly what he promised he would do.

MARC THIESSEN: KAVANAUGH FIGHT SHOWS WE HAVE NOT YET PLUMBED THE DEPTHS OF DEMOCRATIC RUTHLESSNESS

Trump kept his promise to move the U.S. Embassy in Israel from Tel Aviv to Jerusalem, something his three immediate predecessors also promised yet failed to do. He promised to "crush and destroy ISIS," and two years later he is on the verge of eliminating the Islamic State's physical caliphate. He promised to impose a travel ban on countries that he saw as posing a terrorist threat, and after several false starts the final version of his ban was upheld by the Supreme Court. He promised to punish Syria if it used chemical weapons on its people, and, unlike his immediate predecessor, he followed through -- not once but twice.

Trump pledged to nominate Supreme Court justices "in the mold of Justice [Antonin] Scalia," and now Neil Gorsuch and Brett Kavanaugh sit on the high court. Trump also pledged to fill the federal appellate courts with young, conservative judges, and so far the Senate has confirmed 26 -- more than any recent president at this point in his administration.

Trump vowed to pass historic tax reforms, and signed the first major overhaul of the tax code in three decades. He vowed an unprecedented regulatory rollback, with a strict policy to eliminate two existing regulations for every new regulation. Instead, in his first year he eliminated 22 existing regulations for every new rule, achieved $8.1 billion in lifetime regulatory savings and is on track to achieve an additional $9.8 billion this year.

During the campaign, he told African American voters, "What do you have to lose? ... I will straighten it out. I'll bring jobs back. We'll bring spirit back." On his watch, African American unemployment reached the lowest level ever recorded, and his tax reform included a little-noticed provision creating "Opportunity Zones" to try to revitalize struggling towns and inner-city communities.

Trump promised to cancel President Barack Obama's Clean Power Plan, withdraw from the Paris climate accord, approve the Keystone XL and Dakota Access pipelines, and open the Arctic National Wildlife Refuge to exploration. He fulfilled all of those pledges.

On trade, he kept his promise to withdraw from the Trans-Pacific Partnership and impose tariffs on steel and aluminum. He also committed to renegotiating NAFTA and the U.S.-Korea Free Trade Agreement -- and recently signed new deals with Mexico, Canada and South Korea. He committed to imposing tariffs on China to force it to open its markets and stop its theft of intellectual property -- and is following through on that pledge. Whatever one thinks of Trump's trade policies, he is doing exactly what he said.

Where Trump has failed to keep promises, such as building the wall or repealing Obamacare, it has not been for a lack of trying. Only in a few rare instances has he backtracked on a campaign pledge -- such as when he admitted that he was wrong to promise a complete withdrawal of U.S. forces from Afghanistan and reversed course. I'm glad he did.

But whether one agrees or disagrees is not the point. When Trump says he will do something, you can take it to the bank. Yes, he takes liberties with the truth. But unlike his predecessor, he did not pass his signature legislative achievement on the basis of a lie ("If you like your health care plan, you can keep it") -- which is clearly worse than falsely bragging that your tax cut is the biggest ever.

The fact is, in his first two years, Trump has compiled a remarkable record of presidential promise-keeping. He'd probably say it's the best in history -- which may or may not end up being true. It's too soon to tell.