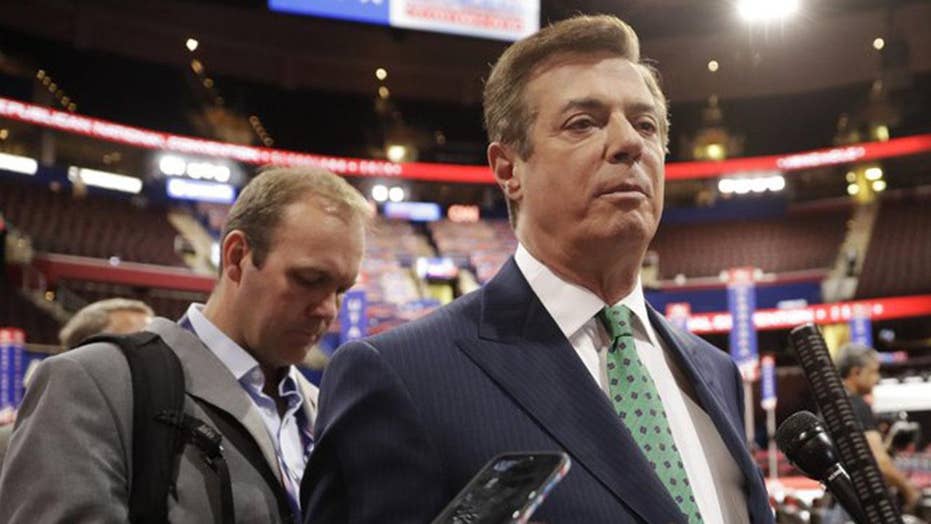 Manafort and Gates due in court amid indictments

The indictment of Paul Manafort and his longtime business partner Rick Gates should have come as no surprise to anyone. Indeed, it was precisely because of news reports in the summer of 2016 on some of the same matters contained in the federal grand jury’s indictment — charges of illicit cash payments to Manafort by the party of former Ukrainian president Viktor Yanukovych and Manafort’s assistance with undisclosed foreign lobbying — that Manafort was fired from Donald Trump’s campaign (though somehow Gates managed to stay on).

Special counsel Robert S. Mueller III’s court filing tells a sordid tale of influence-peddling on behalf of Yanukovych, Vladi­mir Putin’s man in Kiev. But while Monday’s revelations were in no way an indictment of Trump-Russia collusion, they were a searing indictment of Trump’s judgment in bringing Manafort into his campaign in the first place.

My first job in Washington, in 1989, was at Black, Manafort, Stone and Kelly, long before Manafort began working for Yanukovych. Trump was a client then and has known Manafort for decades. Did it not occur to Trump that, given Manafort’s recent client roster, this was probably not the person he wanted running his presidential campaign — or that hiring him might come back to haunt Trump as president one day? How was being a pro-Putin lobbyist not disqualifying for Trump?

For his part, Manafort is a victim of his own hubris. He would probably not be in legal jeopardy today if he had not raised his head and become the public face of the Trump campaign. In Washington, you can line your pockets with work for Putin-backed clients, or you can be a public figure leading a presidential campaign, but you can’t do both. Manafort reportedly tried. According to the indictment, he was engaged in money laundering of his Ukraine payments during his time on the Trump campaign and afterward.

The statement goes into great detail about Papadopoulos’s efforts to court a Kremlin-connected professor, a “niece” of Putin (who was not actually his niece) and a “Russian [Ministry of Foreign Affairs] connection.” But Mueller’s court filing also shows that those contacts produced little. Papadopoulos was unable to set up the meeting between Trump and Putin in Moscow that the Russians desperately wanted. (A footnote in the plea deal quotes an email between campaign officials that said, “We need someone to communicate that DT is not doing these trips.”) When it became clear the Putin meeting would not happen, Papadopoulos tried to pitch himself to travel to Moscow to represent the campaign, which also never happened. In other words, Papadopoulos was a peripheral figure whose failing efforts to impress the campaign with his Russian contacts seem to have come to naught.

Still, why bring him on in the first place? We know that in early 2016 Trump was having trouble attracting talented foreign policy advisers, but this was ridiculous. A presidential front-runner doesn’t bring people onto his foreign policy advisory team who still consider “U.S. Representative at the 2012 Geneva International Model United Nations” to be résumé-worthy. This was a guy who would have a hard time landing a job as a legislative assistant on Capitol Hill, and suddenly, he’s conducting back-door diplomacy with Russian officials and doing interviews with the Russian press in the name of the Trump campaign? What could go wrong?

Much has been made of the professor telling Papadopoulos that the Russians had “dirt” on Hillary Clinton and thousands of “emails of Clinton.” But the document does not indicate that anyone at the Trump campaign took Papadopoulos up on this. Moreover, WikiLeaks did not release “emails of Clinton” but Democratic National Committee emails — so it’s not clear that the professor’s offer was any more truthful than his introduction to Putin’s “niece.” Because Papadopoulos has been a government informant since his arrest in July, perhaps there is more to come on this front. But as former federal prosecutor Andy McCarthy points out, the statement of offense seems to be more exculpatory than incriminating for Trump: If the Russians were offering Clinton emails through Papadopoulos, “that would mean Trump and his campaign had nothing to do with the acquisition of the emails” and thus had not committed a crime. Accepting “dirt” from Russian sources would have been unsavory if it happened. But that’s arguably less unsavory than the Clinton campaign payingfor dirt on Trump from Russian sources.

In other words, there’s still no more public evidence of criminal collusion with Russia than there was before charges were brought. But there is plenty of evidence that the Trump campaign had catastrophically bad judgment in choosing its most senior and junior advisers — and that Russia’s spy network sought to exploit that weakness.