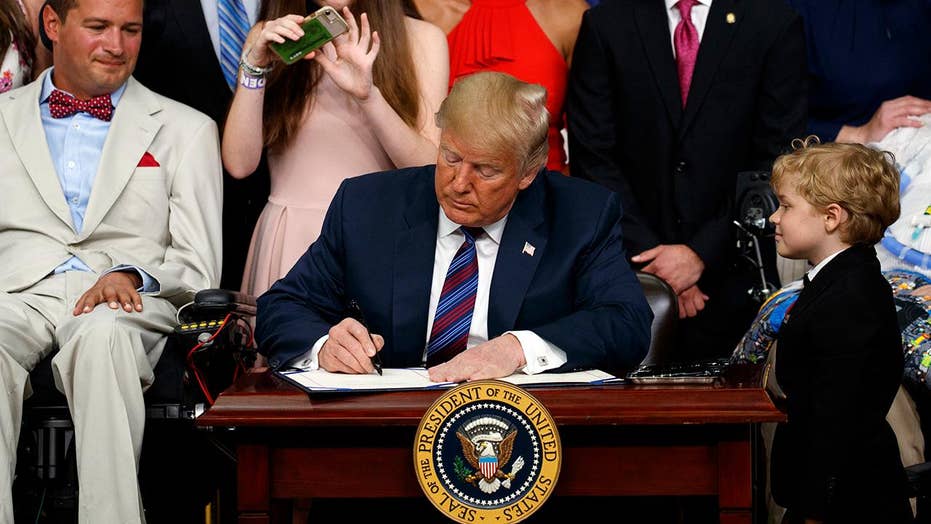 WASHINGTON -- Imagine the horror of learning you have a terminal illness for which science has not yet come up with a treatment. Now imagine receiving the same diagnosis, and then learning a promising new treatment exists that could save your life -- but you can't get access to it thanks to governmental obstacles.

That is the nightmare that befell Andrea Sloan, an Austin lobbyist who gave up her job at a high-priced law firm to advocate for victims of domestic violence.

In 2007, Sloan was diagnosed with ovarian cancer, and for more than six years tried every Food and Drug Administration-approved treatment for her disease. All failed. With Sloan's health rapidly deteriorating, her doctor at MD Anderson Cancer Center told her she had one last hope: a new drug that inhibits DNA repair in cancer cells, which had shown great promise in clinical trials with patients that had her specific genetic mutation.

But Sloan did not qualify for a clinical trial. And while the drug had passed safety trials, it was not yet approved by the FDA. She would have to seek "compassionate use." After months of lobbying (and being turned down by one manufacturer), she finally convinced another to grant her access. She was ready to begin treatment, but then she hit a deadly roadblock: Before she could obtain the drug her physician recommended and that a manufacturer was willing to provide, she had to beg the FDA for approval. Her doctor was forced to spend around 100 hours filling out FDA paperwork (a requirement that has since been streamlined, thanks to public pressure). Then, the FDA took 24 days to review the application.

As Sloan waited, her health deteriorated further. In an interview for the book "The Right to Try: How the Federal Government Prevents Americans from Getting the Lifesaving Treatments They Need," which I co-wrote, Sloan's best friend Michelle Wittenberg told me about Sloan's anguish as she waited on the green light from Washington. "She would say, 'Michelle, what's going on? What's the delay? The drug company's agreed to give it, why is it taking so long?'" When the FDA finally relented, the drug worked. Scans showed it beating back her cancer. But it was too late. Shortly after getting the scans, Sloan came down with pneumonia. Thirteen days later, she died. "The delay in getting that drug that was working killed her," Wittenberg said, "The extra month tacked on because of the FDA process? Too long."

Wittenberg formed "Andi's Army" to lobby the Texas state Legislature to pass a "Right to Try" law that would grant those in Texas with terminal illnesses (and who have exhausted all FDA-approved treatments) access to investigational drugs -- so long as they have been proven safe in clinical trials, are part of the FDA's ongoing evaluation process, and the company developing the medication is willing to make it available. In 2015, Gov. Greg Abbott signed the "Andrea Sloan Right to Try Act" into law.

Today, 40 states have passed similar laws. And on Wednesday, President Trump will sign a national Right to Try Act into law.

In the states, Right to Try has not been a partisan issue. In most instances, it passed without a single dissenting vote. The issue brought together politicians who never worked together on any other issue. In Illinois, for example, the bill was co-sponsored by state Sen. Mike Connelly, a socially conservative Republican, and state Rep. Greg Harris, a liberal Democrat who is HIV-positive. As Connelly told me, "This is the first bill I've ever encountered that is both pro-life and pro-choice. It gives people the freedom to choose to fight for their life."

But, sadly, this spirit of bipartisanship did not translate to Washington. Only 22 House Democrats voted for the final bill that Trump will sign. In August, a version introduced by Sen. Ron Johnson, R-Wis., passed the Senate by unanimous consent, but stalled in the House, which eventually passed a more limited bill from Rep. Greg Walden, R-Ore. Last week, Senate Republicans tried to accommodate Democratic objections by bringing up the Walden bill for a vote, but Senate Minority Leader Charles Schumer blocked it from coming to the floor. So the House passed the Johnson version, with Democrats nearly united in opposition.

In other words, Democrats in Washington managed to take an issue that unified thousands of legislators from both parties in 40 states, and turned it into a divisive, party-line vote. Thanks to Trump, Americans facing terminal diagnoses will now have a new chance at life. How tragic -- and pathetic -- that Democrats refused to join him in making that happen.