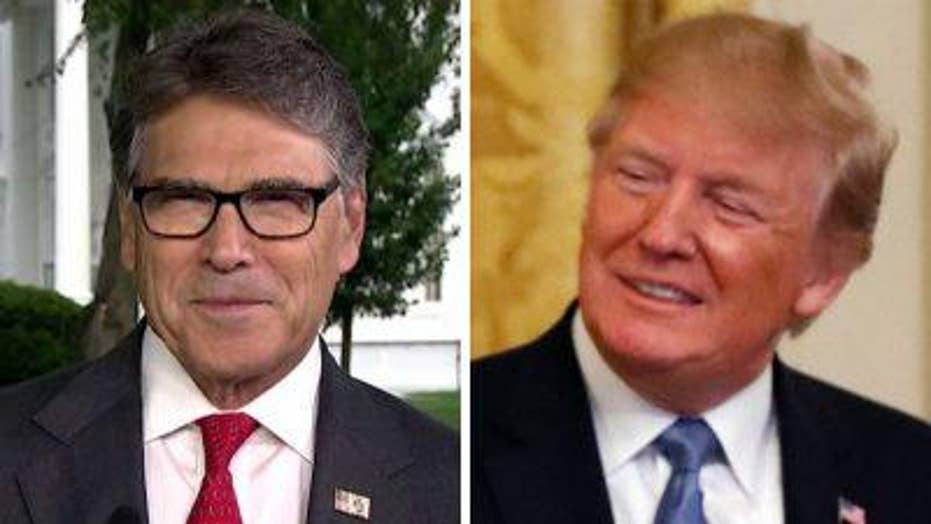 Rick Perry on Trump's protection of the environment

Here’s some good and important news that got scant attention in much of the media: The Environmental Protection Agency recently released its annual Air Trends report, which found that air pollution across the U.S. continues to decline. Much of this progress has occurred in low-income communities.

To the chagrin of President Trump’s critics, it turns out that his administration’s pragmatic approach to the environment has provided a clearly measurable boost to both the economy and the air.

Americans are breathing the cleanest air on record, and the EPA’s new report affirms that the improvement of our air quality is continuing under President Trump.

From 2016 to 2018 emissions of the six main air pollutants the EPA measures – ozone, nitrous oxide, particulate matter, sulfur dioxide, carbon monoxide and lead – have all decreased. Two of these pollutants dropped by double digits during this time,

The news gets even better for low-income and minority communities. Eighty percent of low-income counties now meet our nation’s clean air standards, compared to only 43 percent in 2008. This is tremendous progress in a short period of time.

The newfound clean air also comes with newfound economic opportunities, as counties that are in compliance with air quality standards are no longer subject to strict environmental regulations that tend to limit local economic growth and investment.

Compared to the rest of the world, the U.S. continues to lead in clean air, and the World Health Organization has taken note.

Compared to the rest of the world, the U.S. continues to lead in clean air, and the World Health Organization has taken note. U.S. fine particle pollution levels are six times below the global average and seven times below Chinese levels. They are also much lower than the levels in other industrialized nations, including France, Germany and Russia.

A key to our clean air success is the often overlooked and underappreciated work of our state and local environmental officials.

In fact, the entire Clean Air Act and its most important air quality programs are built on the concept of cooperative federalism, under which federal and state governments work collaboratively to steward our natural environment responsibly.

Historically, states have developed plans – known as State Implementation Plans – that have laid out the steps they would take to meet federal clean air standards.

Unfortunately for many states, the Obama administration took a more coercive approach and replaced some state-based efforts with controlling and costly federal mandates.

The Obama administration also shifted resources away from programs aimed at helping states address traditional environment issues, like cleaning the air, and more toward its politically preferred projects, like controlling the climate.

Understanding that this approach imperiled our nation’s longstanding environmental progress, the Trump administration reinstated a more constructive and collaborative relationship with the states.

The “back to basics” initiative also refocused the EPA on its core mission and its resources on critical programs, including those focused on maintaining our environmental and economic leadership.

Some critics will no doubt try to diminish our nation’s clean air success story. Few will admit that the environmentalists’ quest to save the world from a mildly warming climate started to have consequences for the local environmental issues that the EPA was actually responsible for addressing.

Two of the most well-known examples include the Obama administration’s inability to address lead in our nation’s drinking water that reached a tipping point in Flint, Mich., and the 2015 Gold King Mine spill that contaminated a vital river that flows through Colorado, New Mexico, Utah, and numerous tribal lands.

The Trump administration’s approach to the environment is grounded in rooting out waste and in trusting the ability of states, local officials, and the American people to help.

While this approach may garner fewer headlines – certainly fewer positive headlines – the new Air Trends Report is proof that it actually works.

Mandy Gunasekara is the founder of the Energy 45 Fund.  She previously served as a senior official in President Trump’s EPA and was the chief architect of the strategy to withdraw from the Paris Climate Accord.