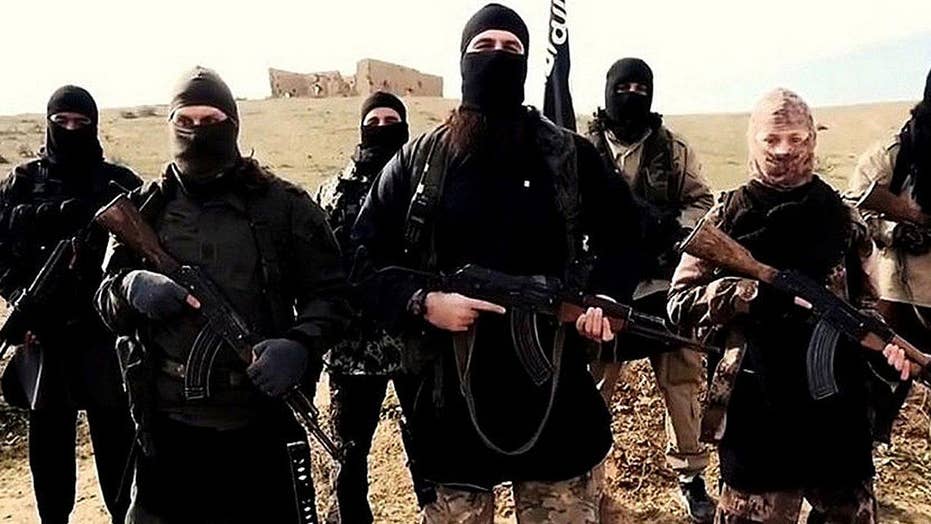 The whole world now knows that the London terrorist was an Islamist radical, but news outlets are downplaying it or hiding the information, especially on the internet. While ABC and CBS evening news shows Thursday admitted the attacker was Islamic, only NBCNews.com showed any prominent connection of the Big Three’s websites.

Oddly, it was "NBC Nightly News" that linked the attacker to ISIS, but never said “Islam” or “Muslim.”  Chief global correspondent Bill Neely undermined that connection, saying of terrorist Khalid Masood, “ISIS propaganda calling him their fighter but no evidence.”

NBCNews.com was more honest, writing on its front page: “London Attacker Was Born 'Adrian Russell Ajao,' Was Reportedly Muslim Convert.” Interestingly, the headline on the story itself made no mention of the Muslim connection.

ABC and CBS flipped that script, mentioning the link to Islam on their broadcasts but not on the front page of their websites. ABC News’s Chief Foreign Correspondent Terry Moran was clear: “Believed to have acted alone, though he was long known to authorities here as an islamist radical.”

ABCNews.com was less honest. The main headline about the story hid the connection, perhaps because the story itself also made no connection: “Two more 'significant arrests' made over London terror attack.”

On CBS, correspondent Elizabeth Palmer did what she could to downplay the Islamic connection. “Overnight officers raided properties linked to Masood, who had a petty criminal record but was not currently under investigation for any violent extremism. Nonetheless, ISIS claimed today he was a soldier of the islamic state.” Note how she emphasized the connection was a mere ISIS claim.

CBSNews.com had no headline mention of the Islamic connection. “Civilian death toll climbs after London terror attack.” The only Islamic mention in that story went again to ISIS, “The Islamic State of Iraq and Syria (ISIS) has claimed responsibility for the attack, saying Thursday that Masood was a ‘soldier of the caliphate,’ but offering no evidence that he had prior links to or coordination with the group.”

At least Wednesday night, Neely didn’t pull any punches with viewers, “British police now say they know who the attacker was and they believe islamist-related terrorism is behind it.” Early Thursday morning, ISIS (the Islamic State of Iraq and Syria) claimed responsibility for the attack. Hours later all three broadcast news sites still had no obvious indication that Islam, Muslims or, in some cases, even ISIS were to blame.

Even when British police identified the attacker as Khalid Masood, who the Herald Sun called a “Muslim convert,” that information was to find. Again, none of the three outlets mentioned Islam or Muslim in their stories about the terrorist. It’s as if media think by not saying he’s Muslim, we won’t notice.

It’s a theme. (Some of the stories below may have been updated since they were first posted, as web news often is.) More than three hours after ISIS took credit for the attack, the main ABCNews.com page had no mention of ISIS or Islamists were involved. There were four headlines about the terror attack, including the major one which read: “Utah man celebrating wedding anniversary killed in London attack.”

NBCNews.com had several stories about the London attack but never admitted ISIS had claimed responsibility. The site focused on the “extremism” angle and left out Islam: “London Attacker Was British-Born, Had Been Investigated for 'Violent Extremism.'”

Perhaps the outlets’ web teams should watch their own network programs. "Good Morning America's" Moran was willing to make the connection as the program began Thursday at 7 a.m. “Usually such a bustling area but now a crime scene. This is where it ended. Right there under the shadow of Big Ben where the attacker was killed and we know now he was British born. Homegrown terror inspired by Islamist ideology.”

Elizabeth Palmer was equally direct during "This Morning" at almost the same time: “This morning they announced the attacker was a lone wolf, probably inspired by islamic extremism.”

Instead, the news sites undoubtedly take their cues from a profession that has hidden identity of crime suspects for decades. And, of course, from major news outlets who ignored that component on their front pages. The New York Times, Washington Post and USA Today had no mention of Islam, Muslims or ISIS on Thursday morning’s front pages. While The Wall Street Journal didn’t have it in a headline, it’s main story began: “A suspected Islamic terrorist.”