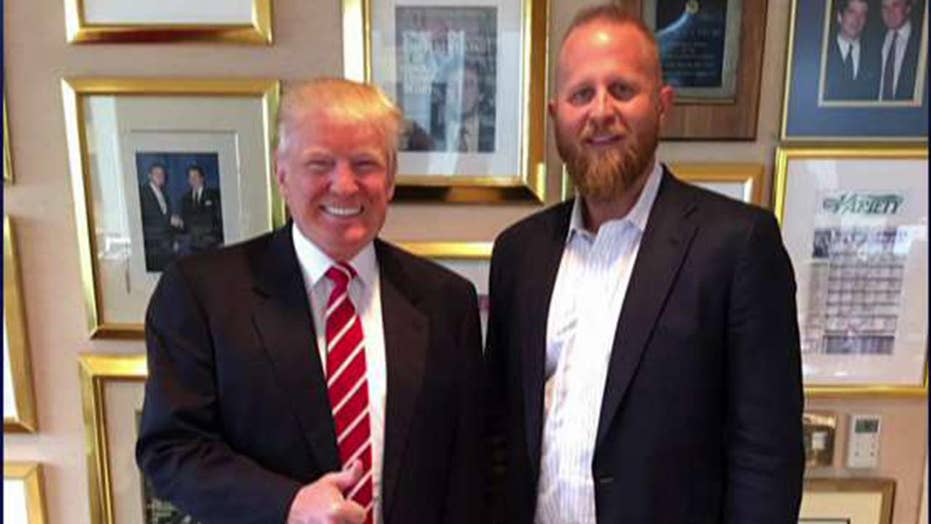 It’s official: President Trump is running for re-election. He announced Tuesday that he has appointed Brad Parscale as his campaign manager and that planning for the 2020 race is underway.

Few are surprised, since the president filed required paperwork to organize his campaign committee on Inauguration Day last year. That sounds not only dutiful, but eager.

Someday, Trump watchers are going to figure out what makes this man tick. Here’s a little secret: President Trump likes to win. Bowing out after only one term would look like losing. He won’t do it.

But there are some who apparently didn’t see it coming. Michael Wolff, who got a lot of notice for his gossipy and error-laden book “Fire and Fury: Inside the Trump White House,” has suggested the president probably wouldn’t run again.

According to Wolff, who pretends to have an inside track, President Trump doesn’t like his job. Wolff told an Australian Broadcasting Service interviewer earlier this year: “In the end, I think that the real truth is he does not want to be the president – the president of the United States.”

Turns out Wolff’s “track” is a lot like Amtrak’s – unreliable.

Sen. Rand Paul, R-Ky., was another doubter. He hinted last fall that President Trump might not run again, though he covered his tracks by pledging to support him if he did.

Former New Jersey Republican Gov. Chris Christie also wondered about the president’s intentions, saying on “Today” on NBC: "If he runs again I would support him, yes, but I'm not so sure what will happen.”

Christie added: “Four years is a long time, and especially for someone who has not spent a lifetime in politics, so I think those years affect him differently. So I'm sure the president will make whatever decision is best for him and his family and the country.”

Both Christie and Paul made those remarks even as President Trump was busy raising more than $10 million for his re-election war chest. That seems like proof of intent, doesn’t it?

Of course, not everybody wants the president to run again; that’s a different story. Former presidential primary candidates Paul and Christie are among the ever-hopeful, waiting for the chance to again race for the golden ring, positive they could do better, though they failed the last time round. Paul even hinted that there might be, you know, a GOP primary in 2020, who could tell?

Some are openly exploring such a challenge. Politico recently reported that Ohio Republican Gov. John Kasich is actively “gearing up” for a 2020 run, considering both a challenge to President Trump as well as a possible third-party run as an independent.

Some of Kasich’s team, according to Politico, “consider the very real, maybe even likely, possibility that Trump doesn’t run again – by choice or not.” Kasich is apparently waiting in the wings, ready to respond “if I felt my country called me and it was practical." It’s unclear which of those possibilities is less likely.

And then there are Democrats ready to run in 2020. They might also be hoping that President Trump disappears; who wants to be called Pocahontas for the next couple of years?

There are a slew of contenders on the other side of the aisle; they come in all shapes and sizes. But, they have this in common: they simply loathe Donald Trump.

The Democratic contenders are proud of that loathing and consider it their most powerful campaign message. For many it’s their only campaign message, a deficiency that worries even Senate Minority Leader and party elder Chuck Schumer, D-N.Y. Schumer recently cautioned his colleagues that "you cannot just run against Donald Trump" in November's midterm elections.

Democrats have given little honest consideration of how Donald Trump was elected, why long-time Democrats gravitated to his side, and how their incessant identity politics and opposition to the nation’s security continues to alienate a large segment of the population. But they are all positive they can beat the president, saying his approval ratings are terrible.

However, a funny thing is happening. President Trump’s approval ratings appear to have stabilized, at about 40 percent. In fact, the Rasmussen daily presidential tracking poll (which surveys likely voters) that was released Wednesday puts the president’s approval rating at 49 percent. At the same point in President Obama’s presidency his approval rating stood at 43 percent.

Polls move up and down, and November 2020 is a good way off, but the current polling in no way rules out President Trump being re-elected.

This is especially true considering how the public answers questions about specific issues. Reuters reports that when asked “Which party has the better plan for… Jobs and employment,” 35 percent give the nod to the GOP, compared to 29 percent for Democrats.

Asked about handling the deficit, Republicans are (marginally) favored, as they are when asked which party will better support small businesses. Democrats lead only on education policy, which is not the country’s top concern, though perhaps it should be.

In other words, President Trump has not torched the Republican brand.

Since the first day of Trump’s improbable quest to occupy the Oval Office, people have underestimated him.

First, many said he wasn’t serious about running. Then they suggested he didn’t really want to win. (This, even as he appeared at eight rallies in five different states on the day before the election. I’d hate to see what really trying looks like.)

Now there are those who say he doesn’t want to be reelected.

Someday, Trump watchers are going to figure out what makes this man tick. Here’s a little secret: President Trump likes to win. Bowing out after only one term would look like losing. He won’t do it.