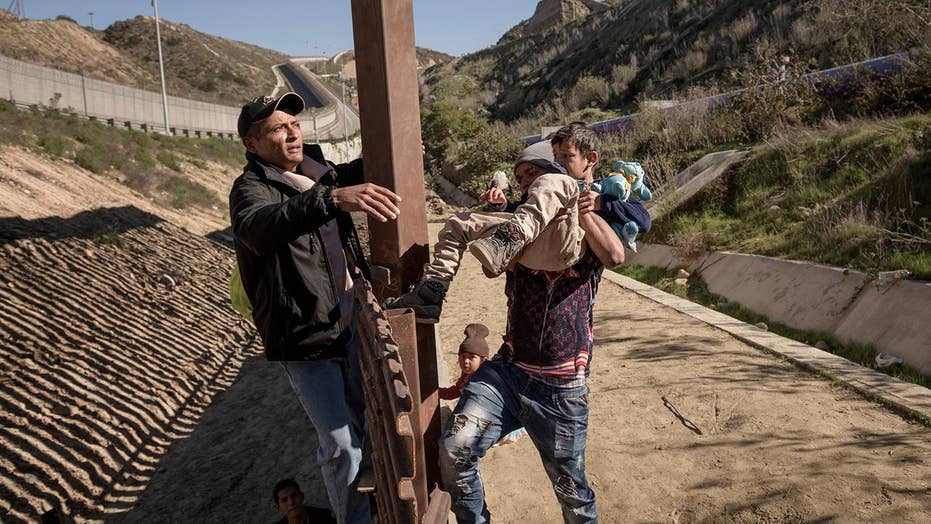 Nothing better illuminates Democrat hypocrisy that the ongoing squabble over the wall. Donald Trump wants it; Chuck Schumer says he can’t have it. This is the same Senator Schumer who began an address before the Migration Policy Institute in 2009 declaring:

He continued, “Operational control of our borders – through significant additional increases in infrastructure, technology and border personnel – must be achieved…”

Where did that Senator Schumer go?

Democrats have changed their tune on border security and illegal immigration for two reasons. First, they are against The wall because President Trump is for it. They hope that preventing its construction, one of the president’s key campaign promises, will torpedo Trump’s popularity with his base as we near the 2020 election.

Second, in the past decade, the fast-growing Hispanic community has become increasingly critical to Democrats’ success. Not only do more than two-thirds vote Democratic, but they are also key to winning in certain swing states like Florida, Nevada and Arizona.

Democrats have courted Latino voters in part by becoming ever more welcoming of people in the country illegally. President Obama created the DACA program in 2012 in order to shore up support among disaffected Hispanics as he ran for reelection. His failure to take up immigration reform when Democrats controlled Congress had caused his popularity to plummet; the program to protect so-called Dreamers was his olive branch.

Since then, Democratic leaders have advocated ever-looser immigration policies, including establishing sanctuary cities and in some states granting undocumented people access to benefits like emergency Medicaid and free college tuition.

In recent months, several Democrats have pledged to abolish ICE, the law enforcement group that protects our country from cross-border drug dealers, sex traffickers and terrorists. Even though some 87 percent of the people arrested by ICE are either convicted criminals or face criminal charges, liberals portray their activities as racist.

That was true then, and it is still true. In a Harvard-Harris poll conducted last year, 79 percent of respondents said our country needed secure borders. The same survey showed that 54% of the country supported “physical and electronic barriers” across the southern border.

Now, with the government partially shut down because Democrats refuse to fund the wall, it is time for an adult conversation about immigration. Not a blame-game, soundbite-ready, phony-baloney conversation; a real one, that acknowledges we have a broken system and that seeks solutions.

We could start with these undeniable facts;

2)      In numerous industries, we need immigrant or seasonal labor.

3)      Some 800,000 young people brought to the country illegally by their parents but promised protection against deportation under the DACA program have become pawns in a red-blue political battle, which is shameful.

4)      Our immigration system does not serve our nation.

5)      To allow sanctuary cities to protect undocumented criminals against deportation is, itself, criminal. It is also dangerous.

6)      As Schumer said, there is a difference between legal and illegal immigration. One is welcome; the other is not.

The job for Congress is to find common ground, and to solve what needs fixing. Here are five measures that could move the country forward.

There are hundreds of thousands of people being apprehended at the border each year. Analysts put the number that slip through at 20 percent to 50 percent of that figure, or tens of thousands more. Those are people coming into the country because they refuse to wait their turn, or who are up to no good.

A wall would stop the flow, just as erecting more robust fencing appears to have stopped the recent caravan from Central America. Clearly there are some areas of the border which would accommodate a physical barrier while there are some where drone surveillance or other techniques make sense. My view: let the border patrol experts determine what is needed, and let’s get on with it.

2)      Many argue that the majority of undocumented people in the country did not enter illegally but rather overstayed their visa, a problem The wall would not address. The solution is making E-Verify mandatory. E-Verify is a reliable, free government service which will prevent people without papers from working.

3)      Scrap the diversity visa program. In that Harvard-Harris poll last year, 68% opposed the random selection of 50,000 people allowed to enter the country each year.  We should admit people based on what they offer our country. Other countries have done this; why not the U.S.?

4)      Resolve the DACA problem by granting those young people who have grown up in the U.S. a path to citizenship. It is unconscionable that their futures remain uncertain.

5)      Allow people living in the country illegally a one-time opportunity to achieve legal status. They would not be given a path to citizenship, but rather could become registered legal aliens. There is a penalty for not waiting your turn.

6)      Rationalize our work-visa programs to assure sufficient labor to meet the needs of our agricultural and hospitality industries.

Republicans should join with the White House to offer these common-sense fixes of our broken immigration system. If Democrats refuse to strike a deal, we will know that they do not care about the Dreamers, or about border security, but want to preserve what they view as a valuable wedge issue.

At that point, it will be up to Hispanics to deny them their votes, a decision, in my view, that is long overdue.