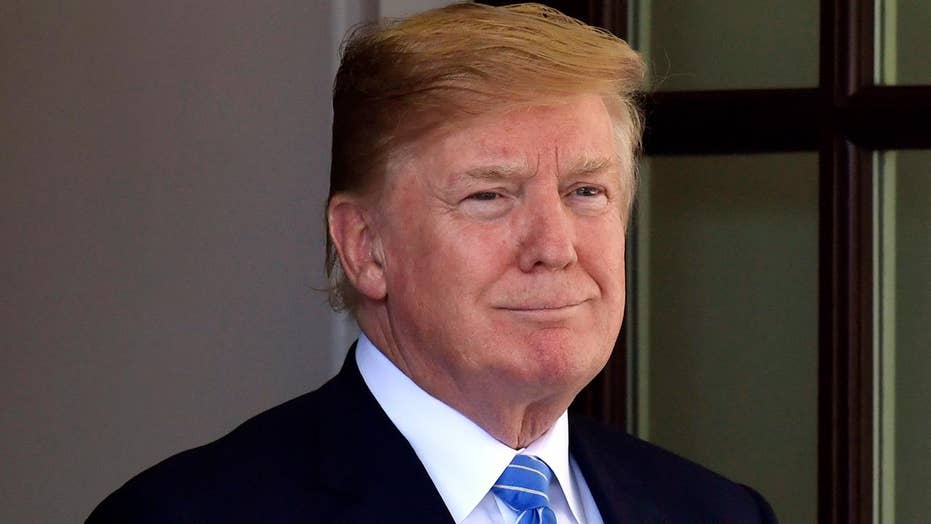 President says he will meet with two or three more candidates before choosing a nominee; John Roberts reports from the White House.

Though they won’t admit it, Democrats are suffering continued fallout from the arrogance of the Obama White House. Liberals are furious that President Trump will have the opportunity to appoint another justice to the Supreme Court, thus cementing a conservative majority for the foreseeable future.

Moreover, liberals are upset that the Trump administration may have convinced Justice Anthony Kennedy to recently announce his retirement, viewing that effort as dirty pool. That Kennedy, age 81, is nobody’s fool – and is unlikely to have been manipulated – appears irrelevant.

The real offense, which actually merits outrage from the left, is that President Obama did not convince liberal Justice Ruth Bader Ginsburg to retire during the many years that Democrats controlled the Senate.

Ginsburg is 85. She will surely leave the bench in the next few years, opening up the possibility that the Supreme Court will have an even greater conservative cast – one that might indeed persist for a generation.

Why did President Obama not plan for such a possibility, which would at least have guaranteed four liberal votes on the court? The obvious answer is that he never anticipated that the opportunity would pass.

It was President Obama who left his party in this position. His anti-business agenda was unpopular, but was never revisited. Democrats’ losses over the past decade stemmed in large part from a slow-growth economy that never gained momentum.

Even though he received what he called a “shellacking” in the 2010 midterms, and even though the GOP made unprecedented political gains during his tenure, President Obama was always convinced the country was behind him.

As Mara Liasson wrote for NPR in 2016: “During Obama's eight years in office, the Democrats have lost more House, Senate, state legislative and governors seats than under any other president.” She noted that the Obama legacy includes “one huge failure: a diminished Democratic Party.”

In 2013, then-Senate Majority Leader Harry Reid, D-Nev., invoked the so-called “nuclear option,” discarding traditional filibuster protections for the minority party in favor of requiring only a simple majority to approve judicial and executive branch nominees. He carved out an exception for people put forward for the Supreme Court.

The next year – with CNN describing President Obama as an “unpopular president limping through his second term” – Republicans reclaimed control of the Senate. As a result of that achievement, President Obama’s chances of securing a liberal majority on the high court all but disappeared.

In the spring of 2016, Senate Republicans blocked a vote on Judge Merrick Garland, who President Obama nominated to the Supreme Court following the death of Justice Antonin Scalia. The Republicans said the looming election should allow Americans to decide which party’s president could appoint the next Supreme Court justice.

Last year, with partisanship riding high in the Senate, Republicans extended Reid’s majority rule provision to include Supreme Court justices, clearing the path for confirming Judge Neil Gorsuch to become a Supreme Court justice. President Trump’s pick to take Justice Kennedy’s place will have to win a majority of Senate votes, which is no mean task.

Three Republican senators – Lisa Murkowski of Alaska, Shelley Moore Capito of West Virginia and Susan Collins of Maine – have indicated they will not vote for a Supreme Court nominee who suggests he or she might not respect the precedent of earlier rulings allowing abortion. Moreover, Republican Sen. John McCain of Arizona has not shown up in the Senate since last year because he is being treated for brain cancer, and cannot be counted on to be able to cast a vote.

With the GOP having but a two-vote advantage in the Senate, the path is narrow.

President Trump has said he will announced his Supreme Court pick Monday. Senate Majority Leader Mitch McConnell, R-Ky., has made it clear he wants to vote on the new nominee this fall.

It was President Obama who left his party in this position. His anti-business agenda was unpopular, but was never revisited. Democrats’ losses over the past decade stemmed in large part from a slow-growth economy that never gained momentum of the sort we have witnessed since the election of President Trump.

Stagnant wages, sluggish job growth and lagging capital investment never prodded President Obama to reach out to the business community or to partner with it in reviving the economy.

The Obama White House could not have imagined President Trump’s plan to lower corporate taxes and ease up on regulations. Even through eight disappointing and costly years of economic underperformance, President Obama seems to have never doubted his policies.

In President Obama’s Deputy National Security Adviser Ben Rhode’s book “The World as It Is: a Memoir of the Obama White House,” President Obama asks his aides, after Donald Trump’s election: “What if we were wrong?” It was, as The New York Times noted, a moment of “rare self-doubt.”

President Obama’s destruction of his party has largely been overlooked by Democrats, but his indifference to the future of the Supreme Court is an act of political malpractice impossible to ignore.

Recent Supreme Court rulings have not gone well for Democrats. These include Janus v. AFSCME (the American Federation of State, County and Municipal Employees), which could undermine the influence of public employee unions that generally support Democrats in elections; the upholding of President Trump’s travel ban on countries that pose a national security risk; and the ruling in favor of a baker who refused to produce a wedding cake for a same-sex couple.

These decisions and others hint at the influence of the new conservative Supreme Court, and the damage that will done to the progressive movement.

And the retirement of Justice Ginsburg could be next.