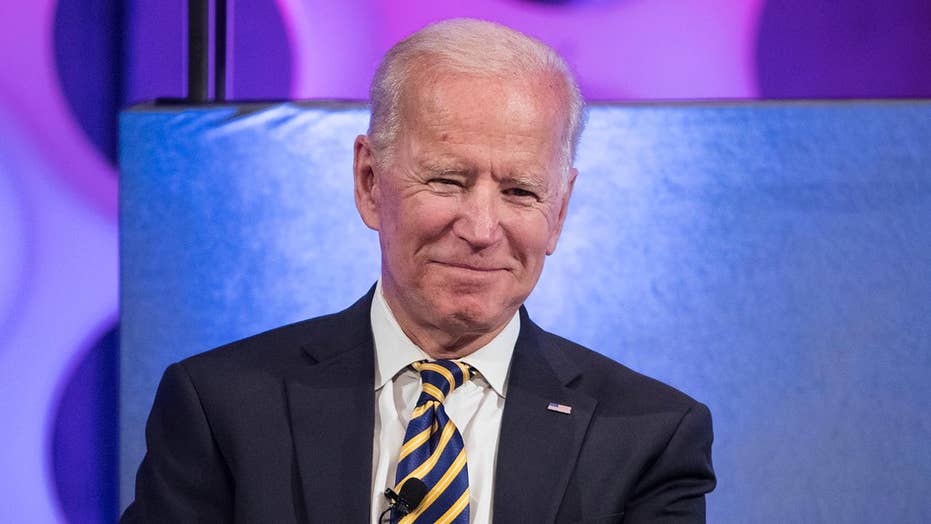 Biden launches 2020 campaign by calling out Trump's handling of Charlottesville

If Joe Biden is supposed to be the good guy in the race, we’re in trouble.

Uncle Joe jumped into the 2020 presidential campaign via a message that centered on a lie, and he knows it. In his three-and-a half- minute launch video, Biden cites comments made by President Trump in the aftermath of the deadly Charlottesville protests that were taken out of context. He does so to suggest that Trump has a soft spot in his heart for white supremacists and “Klansmen” of the kind that clashed with protesters that fateful day in 2017. He knows better.

Trump’s oft-quoted comment that there were “good people on both sides” was in response to a reporter, and described some of the people who opposed taking down statues that commemorated Civil War heroes like Robert E. Lee, not the marchers carrying anti-Semitic placards. The day of the rally, as the violence escalated, Trump tweeted “We ALL must be united & condemn all that hate stands for. There is no place for this kind of violence in America. Let’s come together as one!”

To be precise, here’s what the president actually said:

Later in the press scrum, President Trump said, to clarify, "I'm not talking about the neo-Nazis and the white nationalists, because they should be condemned totally."

In fact, Trump’s tweets about the Charlottesville events were so damning of the actions by white supremacists that former Klansman David Duke shot back: “So, after decades of White Americans being targeted for discriminated & anti-White hatred, we come together as a people, and you attack us?”

Why would this perversion of Trump’s remarks have gained such traction, and why would Biden have relied on a falsehood to launch his run? Because critics have constantly sought to portray the president as a racist, and have used such misrepresentations to boost Democrat standing with minority voters.

In effect, Biden told Trump voters they made a huge mistake, and that they were stupid and dishonorable to vote for a racist. He suggested that they were, in fact, “deplorables,” as Hillary claimed.

Biden, and others running for the Oval Office, are terrified that Hispanics and blacks, who reliably vote Democratic, might be swayed by rising wages or better job prospects to vote for Trump.  They are right to be concerned; recent polls show Trump gaining traction, especially with Latinos. In 2016 he won 28 percent of the Hispanic vote, about the same as Romney in 2012, but much better than the 18 percent projected by surveys at the time. More recently, polls show the president’s approval rating among Latinos at around 35 percent and climbing, with some outliers logging in at 50 percent. That is a serious red flag for Democrats.

Similarly, there have been signs that Trump has enjoyed a modest gain with black voters, only 8 percent of whom voted for him in 2016. By late last year, support had climbed substantially; a strong economy and criminal justice reform are strong selling points for the GOP incumbent. Some surveys show approval from blacks now at about 16 percent. One analyst concludes that if blacks voted accordingly, Trump could win Ohio, Michigan, Wisconsin, North Carolina, Florida, and maybe even Minnesota.  In other words, a landslide.

Now it is clear why Biden played the race card. His video especially targets black voters, who are being aggressively pursued by others in the race like Kamala Harris, Cory Booker and Elizabeth Warren. Biden needs black voters not only to beat Trump, but also to top his most important current challenger, Bernie Sanders. Sanders has not made great inroads with blacks, who comprise 40 percent of Democrat primary voters, leaving him exposed especially in an early primary state like South Carolina, where they constitute a majority.

The Charlottesville lie is not the only one told by Biden on the first day of his campaign: in response to a Fox News reporter asking why President Obama had not endorsed him, Biden claimed it was because he had asked his former boss not to do so. He may have said that, but his request (if he made one) is not the reason Obama has been mum on his pick for the 2020 candidate. Word is that the former president has been asking his important bundlers to back Beto O’Rourke. Biden surely knows that.

Other elements of Biden’s entry into the race were equally disturbing. His video was all about bashing Trump. It was dark, suggesting that the United States is in trouble, and facing a threat “unlike any I had ever seen in my lifetime.” This from a 76-year-old man who has lived through tough wars in Korea and Vietnam as well as devastating race riots, and who has seldom, just for the record, seen the country enjoying such prosperity.

Biden is supposed to be the candidate best able to beat President Trump. The theory goes that the blue-collar workers in Ohio, Michigan and other toss-up states who traditionally voted Democrat but who defected to Trump in 2016 will be won over by Uncle Joe. Certainly, Biden is popular with unions and he will be a strong contender in those states. But putting out a video that fails to mention ideology or personal accomplishments, and instead focuses entirely on bashing President Trump seems an odd way to reclaim those people.

In effect, Biden told Trump voters they made a huge mistake, and that they were stupid and dishonorable to vote for a racist. He suggested that they were, in fact, “deplorables,” as Hillary claimed. That approach didn’t work so well for Hillary; it’s doubtful it will work for Biden either.