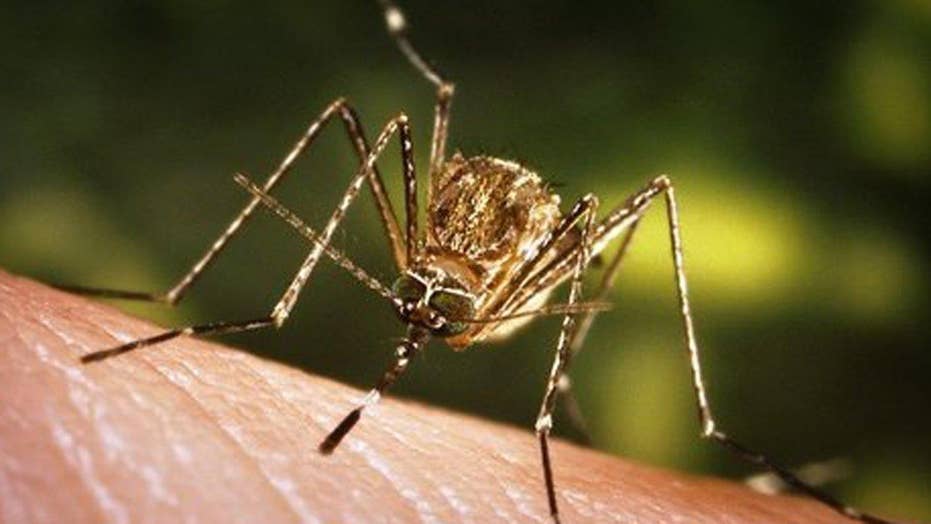 Dr. Manny Alvarez provides insight about the threat of Zika in the U.S. on 'America's News HQ'

The Centers for Disease Control and Prevention has sounded the alarm bells regarding the Zika virus, calling it "scarier than we initially thought." In the aftermath of Ebola, one might wonder why the government would not assume that an emerging disease such as Zika would be frightening and plan accordingly.

Lives will be lost to infection while policymakers on both ends of Pennsylvania Avenue draft, debate, and decide whether and how to spend billions of public health dollars. Unlike lawmakers, health care providers do not have the luxury of time when dealing with infectious disease. They must make quick therapeutic decisions.

The government’s untenable policy position is worsened by an unsustainable method of funding. To pay for Zika response, the administration has redirected $510 million from Ebola (even though Ebola continues to threaten America and the world) and $79 million from other health priorities. The CDC is actually reaching into state and local health departments and pulling back grant money the agency already assigned to them to meet other health needs. Because local health departments are usually the first to respond to a biological incident, it is counterproductive to rescind or repurpose this money. It puts local preparedness at a disadvantage right when we need it the most.

It would be easy enough to say that this situation is an anomaly: because the Zika virus is unusually stealthy and swift in its spread, the election year has unbalanced our normal budgeting and appropriations mechanisms, or that we need a special allowance just this once.

Unfortunately, none of these statements is true. Numerous studies describe an increasing trend of emerging pathogens and the outbreaks caused by them. We should expect an onslaught of such pandemics for many years to come. The current situation simply underscores the lack of a comprehensive plan, advanced coordination, and thoughtful direction of funding toward responding to these inevitable events.

To address these shortcomings, and because we believe that the biological threat (terrorist, natural, or accidental) is among the greatest threats we face, we recently released A National Blueprint for Biodefense. This assessment provides 33 actionable recommendations that the government can act on right now. Chief among them are centralizing leadership in the Office of the Vice President, developing a comprehensive national strategy for biodefense, and aligning funding with that strategy in advance of biological incidents.

It is clear that lack of centralized biodefense leadership and strategy continue to hamper the federal government’s well-meaning but fractured efforts. We understand that the Obama administration does not want to repeat the mistakes of Ebola, and its rapid and determined actions to do better with Zika reflect this. However, if we undermine existing funding streams, and if we operate in the absence of a collaborative and considered long-term national strategy, then we are certain to repeat past mistakes.

We must approach emerging infectious disease threats more strategically, and empower a leader in the federal government who will be accountable for doing so. We must address the root causes underlying the frequent emergence of diseases like Zika. We must also build preparedness for them into existing budgets. We call on policymakers to plan ahead for the emergence and reemergence of deadly diseases through strategic budgeting and evidence-based risk analysis. Agencies must coordinate with one another to systematically prioritize emerging infectious diseases with the potential to cause catastrophic public health emergencies sufficient to affect national security. The priorities we develop should then drive strategic and comprehensive annual budget requests.

Zika’s spread from its previously limited geographic range in Uganda in 2007, to its startling presence and aggressive movement throughout the Western Hemisphere seven years later, underscores the need for a correspondingly aggressive response. We must harness the wherewithal of American resources in an attempt to beat it back. We cannot continue to pretend that funding by crisis to address predictable health emergencies is good governing.

We have heard many calls for Congress to pass the emergency Zika supplemental, and we support these because of the gravity of the situation in which we find ourselves. But we also call upon Congress to introduce and pass legislation in the near term that will require a comprehensive national biodefense strategy tied to comprehensive annual budget requests, and we ask the Vice President to oversee their implementation. This administration has the opportunity to take action now, and ensure that the next administration is better prepared for whatever 2017 sends our way.

Joe Lieberman was Chairman of the Senate Committee on Homeland Security and Governmental Affairs. Tom Ridge was the nation’s first secretary of Homeland Security and the 43rd governor of Pennsylvania. Together they chair the bipartisan Blue Ribbon Study Panel on Biodefense. Learn more at www.BioDefenseStudy.org.