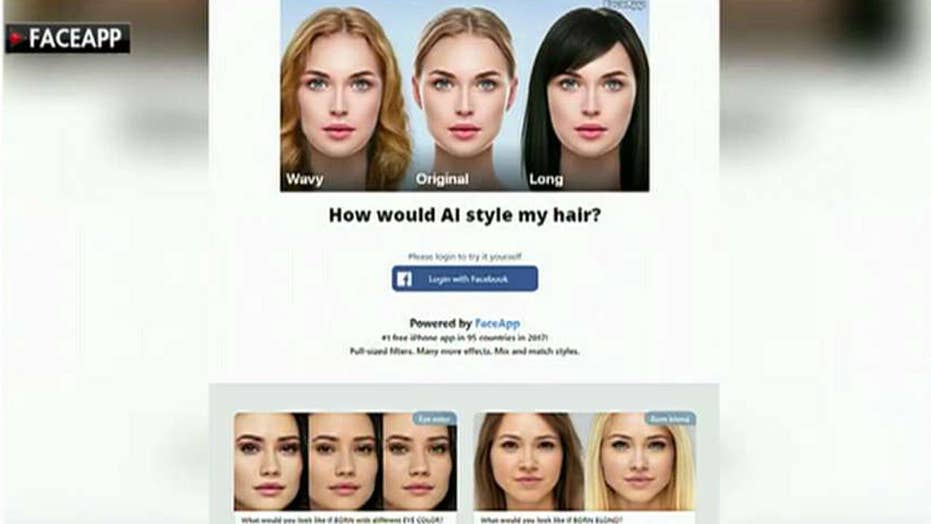 I downloaded the "FaceApp" application on my phone even after reports suggested that a Russian company was using it to harvest our data and the media told us it was the single dumbest thing you could do.

I did it anyway.

FaceApp is the new craze. You give it access to a photo of yourself and it will age, beautify and transform that photo.

The problem is that the app developed by a team based in Russia comes with terms and conditions that grant the company "a perpetual, irrevocable, nonexclusive, royalty-free, worldwide, fully-paid, transferable … license to use, reproduce, modify, adapt, publish … and display" your image.

In the famous words of "The Sandlot," the company retains those usage rights "FOR-EV-ERR." It’s absolutely nuts, after learning that, to download the app.

Why did I do it? Because I wanted to see what I looked like old.

I couldn’t help myself. It looked like so much fun.

What does this mean?

First, whoever the Russian disinformation/fake news/marketing director is behind this app must be an absolute genius. I mean, really, who would have thought millions of Americans would sign away every right under the sun to their likeness and open themselves up to unimaginable data excavation just to see what they look like as an old person?

The “Game of Thrones” character Aria has nothing on this person. That Russian deserves a medal from the country’s government.

Secondly, I’m not the only one. Millions of people (80 million to be precise) are still posting pictures and giving away their data, even knowing about the enormous violation of privacy.

Why? Because we do it every day in endless, uncountable ways.

The whole world took up arms when the scandal involving Cambridge Analytica and Facebook broke a few years ago. Then we collectively dropped those arms and sat passively with our tails between our legs.

We keep seeing over and over again what these companies do behind closed doors, and we only know a tenth of it. While there have been some arguably good outcomes – such as the FBI using systems to compare driver’s license photos against the face of suspected criminals – there are also some very scary elements.

Amazon decides whether to hire us based on unseen data, and Clarifai reportedly uses profiles from the OkCupid dating site to build facial recognition systems, which it sells to foreign governments if the "circumstances are right."

Well, this type of tech identifies age, sex and race based on a photo. Reports indicate that China has used at least one facial database provided by a company to profile the country’s Muslims.

FaceApp is not the first company to mine personal data and it certainly won’t be the last. The difference is that it was developed by folks in Russia. That’s it.

Why do we keep doing this? Well, the threat isn’t tangible and we don’t really understand it.

What does "excavating my data" mean, anyway? Clearly, everyone is giving their data up. Celebrities, my mother, everyone. So what’s the big deal?

But in 2020, when I see my face and username on Twitter as a bot perpetuating fake news, I’m going to be pretty upset. There is nothing I’ll be able to do about it.

At some point soon, the United States government is going to have to step in and regulate the data industry, just like any other major industry. It’s for the same reason the energy and transportation industries are regulated. It contributes to the good, safety and prosperity of the American people.

We simply don’t understand the unintended consequences of allowing our data to be used. Embarrassingly enough, even those who do (I’m speaking about myself) do it anyway.

I mean, I also buy lottery tickets, so I guess I’m just in trouble all the way around.