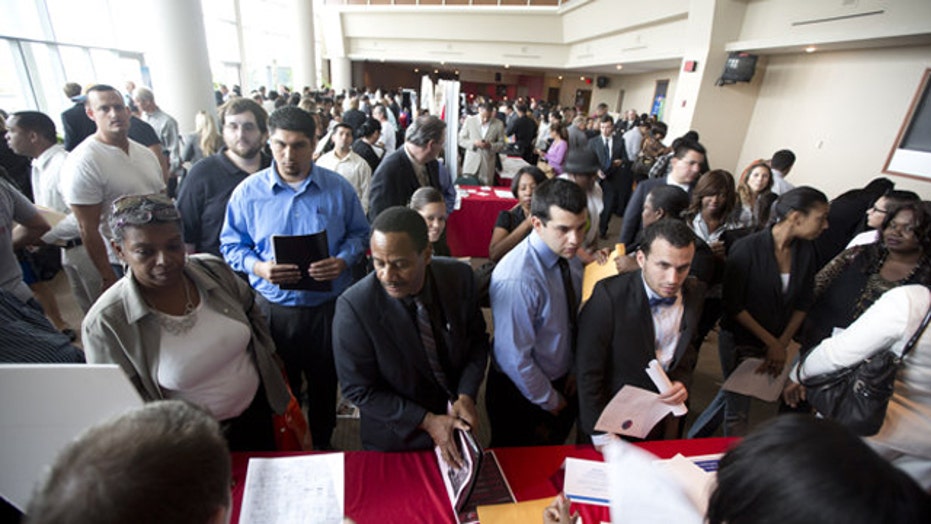 How job seekers can better gauge job expectations vs job realities, why attending your school reunion could help advance your career and the psychology of beating unemployment.

More than 4 million people in the U.S. are long-term unemployed, a number that has more than tripled in the last five years.

Because the probability of reemployment drops significantly the longer someone is out of work, this situation suggests the possibility that the U.S. economy will suffer a permanent increase in structural unemployment.

Perhaps counter-intuitively, to avoid this becoming reality, Congress would do well to let the current extended unemployment benefits wind down and in the future refrain from leaping to fund nearly two years of benefits for unemployed workers.

Economists and pundits alike have been discussing the plight of the long-term unemployed and proposing policies to assist this group.

Notably absent from these discussions is an attempt to understand how we ended up in this dire situation.

To avoid a deepening of the problem in the next business cycle, policymakers must explore the causes of the historic rise in long-term unemployment, and they would do well to start by examining their own actions.

From November 2009 through September 2012, Congress made available up to 99 weeks of unemployment benefits for eligible workers.

Today, workers in some states can still receive benefits for 83 weeks, more than three times longer than usual. It is difficult to imagine that extending unemployment insurance from 6 months to nearly 2 years had no effect on the incentives for the unemployed to return to work.

However, for many who have been jobless for over six months, finding employment is difficult if not impossible. According to economists Rand Gayad and William Dickens, employers become less and less likely to hire people who are unemployed for six months or more.

In short, the extravagant duration of unemployment benefits in the last five years has had the unintended effect for many recipients of perpetuating unemployment until reemployment is out of the question.

After accounting for the spending attributable to the permanent unemployment insurance program, the Congressional Budget Office estimates that the expansion of benefits increased the federal debt by $210 billion.

Those dollars are gone, and the federal debt is worse as a result.

While some will argue that these payments were good stimulus at a critical time in the economy, this is only true if any short-run economic boost outweighs the adverse consequences to the labor market. But this is unlikely given both the higher unemployment rate that extended benefits induced and the permanent burdens they imposed on the long-term unemployed.

It is an unfair and costly fiscal stimulus program that comes at the expense of millions of workers’ prospects for future reemployment.

Unfortunately, it may be too late to undo the consequences of federal policy actions for many of the long-term unemployed.

The solutions that have been proposed—new tax credits, federal hiring of long-term unemployed workers, and revamped job training programs, for example—are unlikely to have a large impact on the problem, as they are either too small to be effective or too costly and time-consuming to implement.

The least that lawmakers can do is recognize the consequences of past actions and not repeat the same mistakes.

They will likely face a test on this soon—the current expanded unemployment program is scheduled to expire at the end of 2013, and some in Congress undoubtedly will seek to continue it. Perhaps the best policy Congress can pursue is to let this program end.

Alex Brill is a research fellow at the American Enterprise Institute. He served as policy director and chief economist to the House Ways and Means Committee, which has jurisdiction over the unemployment insurance program.