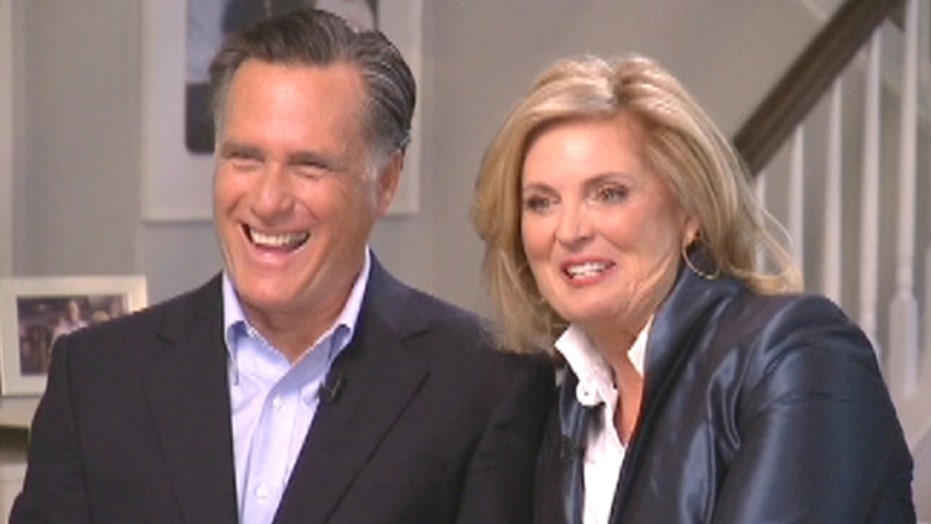 Exclusive: Mitt and Ann Romney on life after political loss

The Romneys' first interview since the campaign

What if I told you Mitt Romney can be the solution to a big problem vexing an important city (and America). Yes, the man whose mediocre presidential campaign almost sunk the entire GOP, now an unelected private citizen, can save Detroit and become and American hero. Let me tell you how.

First, let's recap he news about the U.S. economy which simply gets more depressing every day. Have you seen the latest?

Disposable income for working Americans suffered the worst drop in January since record-keeping began in 1959.

Why is this happening? You can see America’s future by studying Detroit. Obama's policies are damaging the entire U.S. economy, the same way that leftist policies (Democrats call them "progressive") have destroyed Detroit. Detroit is a microcosm for everything that is ailing our economy.

For almost five consecutive decades Detroit has been run by liberal Democrats following the exact policies Obama is now forcing on the U.S. economy -- bigger government, more government spending, out of control entitlements, too many government employees, obscene pensions, high taxes, too much debt, and an economy that's based on "fairness" and social justice.

Just look at the results and you’ll get sick to your stomach.

The Obama economic model has been on display forever in Detroit (1961 was the last time Detroit had a Republican in charge). The result is a bankrupt third world hellhole in the middle of America.

Here’s how bad Detroit is:

• The city has debt and liabilities of an unimaginable $14 billion.

•  There are 363,281 housing units in Detroit, almost one-third of them are vacant. •  Detroit has been is ranked “America’s Most Dangerous City” for the fourth year in a row--with violent crime five times higher than the national average. •  34.5 percent of Detroit households receive food stamps. •  The mayor recently admitted recently true unemployment in Detroit tops 50 percent. •  54 percent of all children in Detroit live in poverty.   •  Almost 50 percent of the adults in Detroit are “functionally illiterate.”

Under Obama, these kind of results are now happening across America. The only difference is that Democrats had a 50-year head start with Detroit.

But life is funny. All this terrible news actually brings up a great opportunity.

First, we learned just days ago that Detroit is effectively bankrupt and the governor of Michigan is about to appoint a receiver to try to save the city.

Second, did you catch Chris Wallace's interview with Mitt Romney on "Fox News Sunday" this weekend? Mitt is retired, sitting on the sidelines, chomping at the bit to use his lifetime of business experience to pitch in and help save the U.S. economy. Anyone can see that he desperately wants to get back “in the game.”

Here's the part where Republicans and Democrats stop debating, arguing, and yelling at each other. Here's an opportunity to prove by real-life example that when it comes to the economy, jobs and money it’s conservatives and capitalists who have the ideas and know-how to save America.

Michigan Governor Snyder should appoint Mitt Romney to oversee the turnaround of Detroit.

Romney was born for this role. He is a Michigan native. He could very well be the greatest business turnaround expert of our time, and right now he's sitting bored on the sidelines, just looking for a way to contribute to the success of our country.

I’m betting within a year that this brilliant businessman can give the city’s residents hope, and within 3 years put Detroit on the road to recovery.

How? By undoing the damage done by five decades of Democratic party policies.

It’s time to give conservative ideas a chance. It’s time to put a responsible adult in charge. It’s time to show the world the difference between a CEO running a city or country versus a community activist.

I’m betting Romney will turn the Detroit economy around, just like he turned a failing, bankrupt Salt Lake City Olympics into one of the great successes in Olympic history. And we already have a precedent -- Ronald Reagan turned around Jimmy Carter's malaise, misery and 21.5% interest rates in record time. He turned an economic disaster into the greatest economic expansion in history (adding 20 million jobs).

Let’s try an experiment with Detroit. Let's give Mitt a chance. Let’s see what a talented, fiscally conservative CEO with a wealth of business experience can do with a hellhole created by 50 years of misguided Democratic Party, Obama-like economic policies.

We have nothing to lose -- it can’t get any worse.

I'll put my money on Mitt.