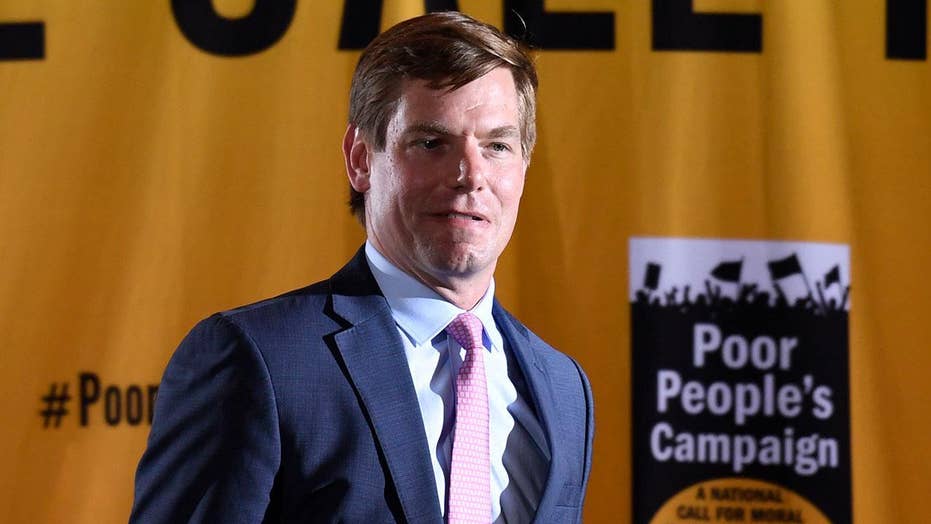 Democrat presidential candidate Eric Swalwell says it's time to ban and buy back every single assault weapon in America. Foundation for Liberty and American Greatness founder Nick Adams says that idea will never work in the U.S.

What a difference three years makes.

The first primary debates showed us just how far the Democratic party has drifted on Second Amendment rights.

Anti-gun politicians once were coy about their goals. President Barack Obama told PBS’s Gwen Ifill during a town hall in 2016, “And at no point have I ever, ever proposed confiscating guns from responsible gun owners. So it's just not true.”

Not a single candidate on the stage denounced the comment. Their silence is tacit agreement. Every Democratic candidate is now gunning for an industry that supports 312,000 jobs earning $15.7 billion in wages and has a total economic impact over $52 billion. The firearms industry is an integral contributor to our economy, having paid more than $6.8 billion in total taxes in 2019 alone.

New Zealand is attempting confiscation now and just 37 of 1.2 million semiautomatic firearms were surrendered because gun owners there don’t trust the government to protect them or pay them fair market value.

The firearms industry is the fabric of America. These are American jobs in every corner of the nation. They produce firearms for more than 100 million law-abiding gun owners who use them responsibly for lawful purposes every day, including recreational shooting, hunting and self-defense. Our industry is the “Arsenal of Democracy,” a phrase coined by Democratic President Franklin D. Roosevelt, supplying the firearms that our armed forces and brave men and women of law enforcement use to protect our nation and keep our communities safe.

Sen. Kamala Harris, D-Calif., is a self-professed gun owner. Yet she and all other Democratic candidates vilify and blame law-abiding gun owners and firearms manufacturers for criminals’ actions. They would make Americans more vulnerable to those who have no respect for the law, property nor life itself.

Overlooked in the back-and-forth, former Vice President Biden also agreed with the far-fetched notion of mass confiscation of firearms, a plan first proposed by Congressman Eric Swalwell, D-Calif., who is also a candidate for president. Biden said, “I would buy back those weapons.”

In fact, not a single person on the stage pushed back against Swalwell’s confiscation plan, a forced surrender under threat of criminal penalty of more than 16 million modern sporting rifles. Swalwell would do this with tax money paid by these gun owners. He once infamously threatened to respond to noncompliance with nuclear weapons.

Sen. Amy Klobuchar, D-Minn., defended firearms confiscation as legal. “That’s not confiscation,” she said. “You would give them the offer to buy back the gun” -- the proverbial offer you can’t refuse.

New Zealand is attempting confiscation now and just 37 of 1.2 million semiautomatic firearms were surrendered because gun owners there don’t trust the government to protect them or pay them fair market value.

Biden’s firearms industry animus went further. He would bar all firearms sales, except those equipped with “biometric” authorized-user technology.  “No gun should be able to be sold unless your biometric measure could pull that trigger,” he explained.

Today’s reality is that each and every Democratic candidate views firearms ownership as unacceptable and the industry as an enemy.

Biden was previously named by President Barack Obama in 2012 to lead a gun control task force that proposed 23 executive actions, including exploring “gun safety technologies.” The National Institutes of Justice studied technology to “unlock” guns and after investing $12.6 million for research over 15 years, “none were successful.”

In fact, a recent survey found just five percent of gun buyers would consider buying a “smart-gun.” A further 70 percent said they would never consider it for fear of failure when it’s needed most. A gun, especially when used to defend lives, must work as intended without fail or flaw. Such technology simply doesn’t yet exist.

In the wake of the Newtown, Conn., tragedy, the National Shooting Sports Foundation’s® President and CEO Steve Sanetti met with Vice President Biden who singled out NSSF’s Project Childsafe® program that has distributed over 38 million free gun safety kits including gun locks through 15,000 police agencies in every U.S. state and territory.

He said then, “You guys are doing a lot of good things, including the gun lock thing, and this isn’t just Joe Biden blowing smoke.  I mean it.”

Three years ago, the ideas being debated as possible national firearms policy were dismissed as absurd. Today’s reality is that each and every Democratic candidate views firearms ownership as unacceptable and the industry as an enemy. The lines are clearly drawn.