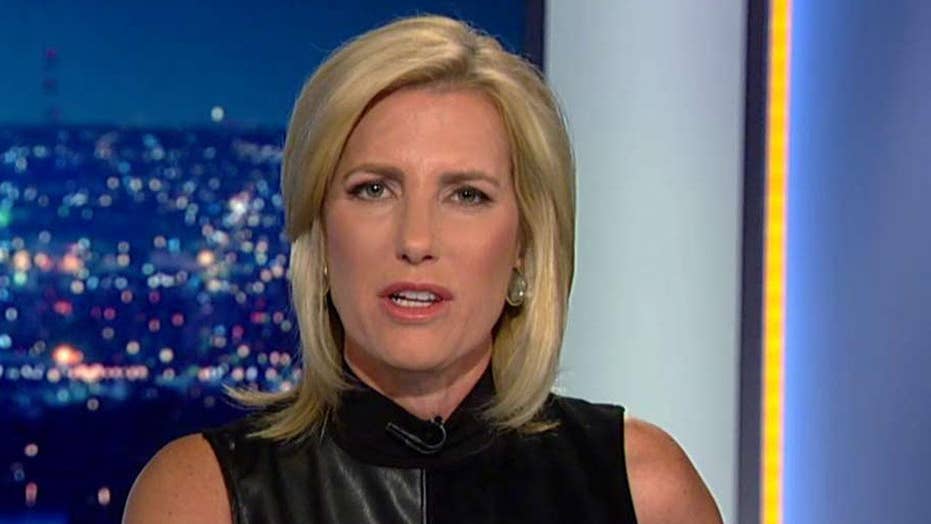 Ingraham: Refusing to accept the agony of defeat

In close or particularly contentious races, Democrats - more so than Republicans - seem to have a problem conceding defeat.

If you thought the midterm drama was over, well, you are wrong. It’s shades of 2000 in Florida right now as the state is mired once again in a recount drama.

In close or particularly contentious races, Democrats --more so than Republicans -- seem to have a problem conceding defeat. Now, it can't be that the other guy won fair and square. It has to be that either the election system broke down or some mystery votes are hiding somewhere or the entire process must be tainted. And then there is the other way to explain a tough loss. The voters must be racist.

The Democrats are so mired in race. Even after Democrats flipped the House and many minority candidates won from coast-to-coast, once the result in the Florida's governor's race and in Georgia rolled in, Adam Serwer of "The Atlantic" published this piece. It was titled "America's Problem Isn't Tribalism -- It's Racism."

And writing, "If Republicans ran on their policy agenda alone, they would be at a disadvantage. So they have turned to a destructive politics of white identity, one that seeks the path of power by deliberately dividing the country along racial and sectarian lines. They portray the nation as the birthright of white, heterosexual Christians."

Yes, Adam, that is what those policies that led to record unemployment for African-Americans and Latinos are all about, stoking racial and sectarian ethnic fears.

It's absurd. The most despicable use of race in the midterms came from the Trump haters and some Democrats. Here’s what Andrew Gillum said during the campaign about his opponent: “Now, I'm not calling Mr. DeSantis a racist. I'm simply saying the racists believe he is a racist.”

When bizarre and suspicious racist robo-calls were reported in Florida, remember Republicans, including DeSantis and Rick Scott, immediately and vociferously denounced them, as they should.

Back in 2016, the media tried to paint Trump as the one -- remember, he wasn't going to be accepting any of the results of the election. Here’s this exchange from an interview with Fox News’ Chris Wallace:

CHRIS WALLACE, FOX NEWS HOST:  Are you saying you are not prepared now to commit to that principle?

DONALD TRUMP, PRESIDENT OF THE UNITED STATES:  What I'm saying is that I will tell you at the time, I will keep you in suspense.

Well, Hillary Clinton responded to that like this: “That is horrifying. You know, every time Donald thinks things are not going in his direction, he claims whatever it is it is rigged against him. That is not the way our democracy works. He is denigrating, he is talking down our democracy.”

Talking down our democracy. Well, the media echoed Hillary, outraged that Trump would ever challenge the legitimacy of an election won fair and square. But all of their full moral outrage was exposed when Trump actually won in 2016. Suddenly our sacrosanct representative democracy -- it wasn't so sacrosanct after all.

And then we got comments like this one, “ Mr. President, I rise today to discuss legislation I introduced to eliminate the Electoral College and ensure that the candidate who wins the most votes will be elected president.”

Yes, the heck with the way the framers set it up, let's just dispense with it since we lost. Now, Republicans, even the president, of course, they have their own hang-ups about legitimacy. Obama's birth certificate, which Trump himself focused on. But almost two years into the Trump administration, many of the diehards -- after all, they are called the resistance -- still do not accept the results.

And Hillary Clinton said this, “I think there are a lot of questions about his legitimacy, and we don't have a method for contesting that in our system.”

No wonder people are losing faith in our Democratic system. Listen to those people.

Now, according to an Axios survey, just 51 percent of Americans said they have faith in the country's democracy. A whopping 37 percent, more than a third, say they have lost faith in it.

My friends, this is really distressing for America's future. If the people decide the system is rotten, they are really saying the country is rotten. And soon they are going to be saying it isn't worth protecting anymore at all. But let's hope that we can turn this dynamic around, there is so much craziness out there.

And this means that both parties need to do better at focusing on issues, the issues the American people care about, instead of just a perpetual grievance. That kind of politics, well, it is getting old.

Look, some recounts are mandated, and they are in Florida, and if the margins are close enough, Republicans and Democrats, they should both ensure that any recount is done fairly, no creating ballots where none existed.

Now, I got say, it was hardly reassuring to learn today that in Florida's most populous county, Broward, the elections chief there is a Democrat named Brenda Snipes.

Well, Brenda was found guilty of violating state and federal law for destroying ballots in the 2016 congressional race when those ballots where, at the time, subject to a lawsuit.

And breaking in the last couple of hours, we had a lawsuit filed by Governor Rick Scott against Broward and Palm Beach County. Rightfully, he is going on the offensive against this entire shoddy practice. Republican lawyers, you better make sure that Democrats do not start torching absentee ballots in dumpsters in Boca, or finding other ballots other places.

Adapted from Laura Ingraham's monologue on "The Ingraham Angle" on November 8, 2018.