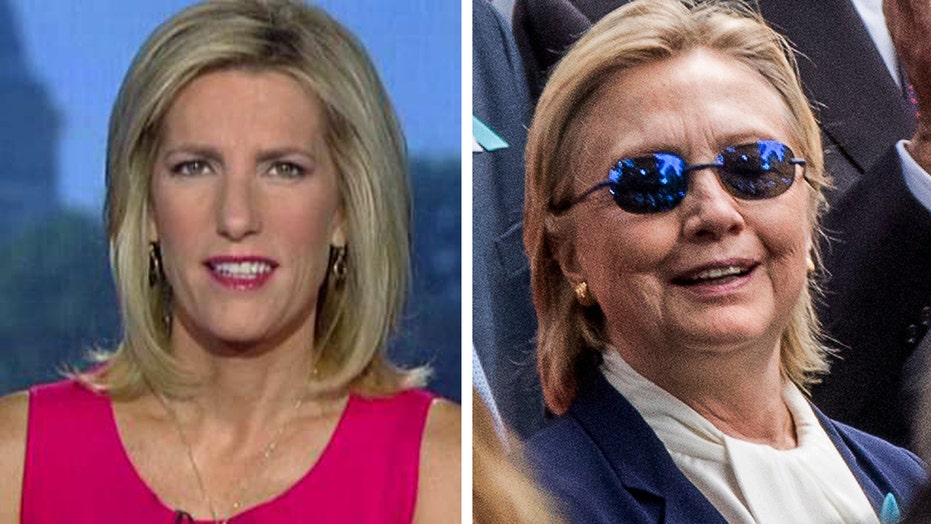 Laura Ingraham on the fallout over Clinton's health scare

Only a truly desperate campaign would seek to take credit for the real median household numbers we saw yesterday.

These are the numbers for the median household in the United States, adjusted for inflation. They let us see how the typical American lives, and what they show is devastating.

What sort of people look at this record and see cause to celebrate?

Last year, the seventh of Obama's presidency, the median U.S. household has a lower standard of living than it did in 2007, when George W. Bush -- supposedly the worst president of all time -- was in the White House. These figures confirm that for most Americans, Obama has presided over a lost period of growth.

Last year, for the 16th year in a row, real U.S. median household income was lower than it was in 1999, the year before Bill Clinton persuaded Congress to grant Permanent Normal Trade Relations to China.

Despite the American people going year after year without a raise, the Obama-Clinton posse continue to tell us we've turned the corner.

"Today is an encouraging day," Obama said at an April 2010 press conference in Charlotte, North Carolina, "we are beginning to turn the corner."

"[Obama] has laid the foundation for a new, modern, successful economy of shared prosperity," Clinton said in his 2012 speech at the Democratic National Convention, "if you will renew the president's contract, you will feel it. You will feel it."

Four years later wages are still sputtering, but now, we're really in for good economic news the president tells us.

"Republicans don't like to hear good news right now," Obama said in his campaign appearance for Hillary Clinton Tuesday, "but it's important to understand this is a big deal."

The only reason we saw so much "growth" last year is that 2014 was significantly worse. Furthermore, U.S. GDP growth projections going forward are anemic.

What sort of people look at this record and see cause to celebrate? What sort of people think that after almost 20 years of failure, our policy toward China and globalization can be considered a success? And why would anyone trust such people with four more years of power?

Trump should not back off or be defensive at all about these numbers. They confirm his point -- the typical American household is worse off now than before Obama was elected. That type of economic record should be punished, not rewarded.