If you're like most Americans, you grew up with a special sense of reverence for judges. Watching films or reading books, regular folks have seen countless portrayals of judges as consummate professionals who set their own personal opinions aside and objectively weigh the merits of each case.

Judge Emmet Sullivan, most recently a Clinton appointee, used his moment in the spotlight to castigate Flynn with incendiary charges that weren't even brought by the special counsel. At one point, he told the decorated lieutenant general, "Arguably, you sold your country out."

Then he cited Flynn's failure to register as a foreign agent and the judge actually used the word "treason," but with clever phrasing. He told the court, "I wasn't suggesting that he was committing treason. I was just curious if he could have been charged. Lots of conspiracy theories out there."

Since when do judges start invoking conspiracy theories as grounds for imposing additional jail time - or any jail time - at a defendant? The special counsel, remember, actually recommended no jail time. Nevertheless, Judge Sullivan warned Flynn that even if he cooperated further with Special Counsel Robert Mueller, he could still serve time.

It only got worse, by the way. Naturally, liberal pundits were quick to cheer their honorable comrade-in-arms' activism.

"I will tell you this - that today a judge in Washington, D.C. stood up for our country," Col. Ralph Peters said on another cable news network. "He spanked everybody in Washington."

"I think that today was a really good day for the justice system and that this judge really did his job," former assistant U.S. attorney Mimi Rocah said.

Totally. Well, sure, they loved the judge's theatrics because he's part of the Resistance. And he might have earned himself a full-time CNN contributor's contract, given his latest ruling.

In a pre-Christmas permanent injunction -- and believe it or not, I read all 170 tedious pages -- Judge Sullivan ruled that Trump's tightening guidelines for granting asylum is illegal. Back in June, then-Attorney General Jeff Sessions announced these new asylum rules.

Shame on Congress for not doing its job in the first place and passing urgently needed asylum reform at any point in the last two years. They had the House and the Senate, they should have addressed this issue.

"Asylum is available for those who leave their home country because of persecution or fear on account of race, religion, nationality or membership in a particular social group or political opinion," he said. "Asylum was never meant to alleviate all problems, even all serious problems that people face every day, all over the world."

That's a common sense interpretation. Trump's move was needed because asylum seekers were abusing the system, aided by a lot of leftist NGOs, migrants began parroting lines about gang violence and domestic violence to establish this expanded credible fear category because they don't want to return to their homeland.

With Judge Sullivan's opinion, it's back to business as usual - pre-Trump, the way it used to be. The judge not only, by the way, demands that the administration revert to the old rules of asylum entry, but further he instructed that "the government return to the United States, the plaintiffs who were unlawfully deported and to provide them with new credible fear determinations consistent with the immigration laws."

Wouldn't you like a mint on your pillow too? In other words, all those deported have to be brought back for new asylum hearings. I guess they can stay at Sullivan's house as they await trial. Who knows? 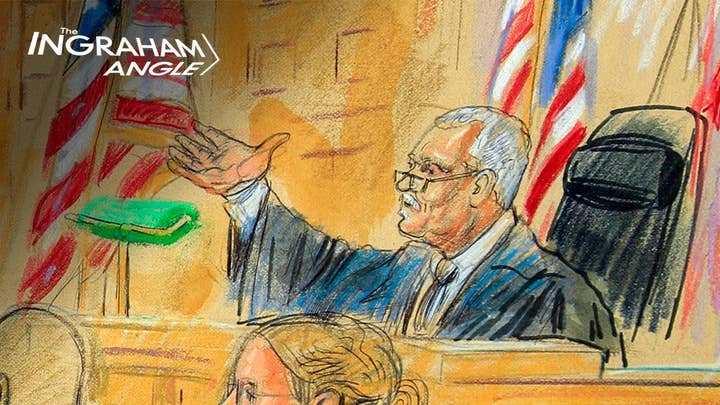 But from his activist judicial high horse, Sullivan apparently isn't bothered by the growing backlog of 800,000 immigration court cases. Thirty percent of those involve asylum requests -  that's more than triple the number from 2009.

We've been talking about the scourge of unelected judges substituting their own policy preferences for those of the American people's representatives since this show started back in October of last year. The president ultimately won, remember, on his travel ban at the Supreme Court. But for every issue, from transgender people serving in the military, to climate change, to the 2020 census, to the Keystone Pipeline, these activist judges have waged an assault on Trump's agenda. And they've exceeded their constitutional authority in almost every instance.

We're reminded of how important it is that Trump gets his judicial nominees confirmed as quickly as possible. Mitch McConnell's done a pretty good job, but we need this done faster, more expeditiously and immediately. And if this means staying in session for an extra few days every month or even maybe into the Christmas holiday, well, guess what? The country depends on it, the Constitution depends on it.

And shame on Congress for not doing its job in the first place and passing urgently needed asylum reform at any point in the last two years. They had the House and the Senate, they should have addressed this issue. They should have done a lot on immigration, including pass that funding for the wall. They didn't.

Shame on them and shame on these judicial activists.

Adapted from Laura Ingraham's monologue from "The Ingraham Angle" on December 19, 2018.