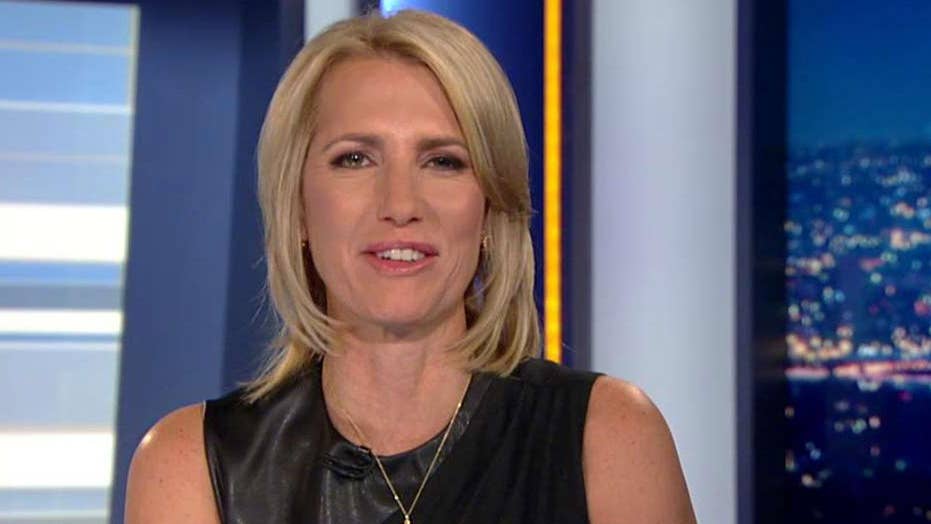 The Democrats' new congressional class is already turning out to be more than Nancy Pelosi bargained for.

Tuesday was orientation day on Capitol Hill for new members of Congress. But for Nancy Pelosi and the Democratic leadership, the new class is turning out to be more than they bargained for.

Now, check out newly elected congresswoman Alexandria Ocasio-Cortez. I think she may find her transition from  rock star activist to just another member of Congress a difficult one. -- Someone should tell her that if you want to be taken seriously, even as the youngest member of the House, protesting inside the former speaker's office isn't a genius move. She appeared with 200 young climate change activists and this is what she said inside Pelosi's office while speaking with other activists:

“We need to tell her [Pelosi]  that we've got her back in showing and pursuing the most progressive agenda that this country has ever seen.”

Well, the juvenile display ended with arrests and Ocasio-Cortez, she hightailed it out of there before, you know, the mob actually had the cuffs put on them. And to appear magnanimous as she faces election for speaker, Nancy begged the Capitol police to show mercy to the young protesters so they could "continue to organize and participate in our democracy."

Well, she’s trying to thread the needle here. She is attempting to placate the far left in the ranks while balancing the interests of members from districts that run more red.

This reader comment, by “AutumnLeaff,” is something I found Tuesday in the New York Times online. I think it really accurately describes the current dynamic in Pelosi's house. -- Stay with me here, this is good!

“The Democratic Party won but the blue party is not a solid, strong, united front. They are a bunch of very different groups that don't see eye to eye on most anything but were united under the banner of "fire Trump. Good luck to them now. Their infighting will keep them busy arguing with each other before they can even mount an attack on red.  Something that is good for the economy will not be good for the socialists led by Ocasio-Cortez. Any immigration reform will be rejected by the same cadre unless it abolishes ICE. Any cooperation with red will be forbidden. Nancy Pelosi has inherited a load of unruly children. Good luck to her getting anything passed by her own people."

Well, it's not even a guarantee as to who will be the next speaker at this point. There is seditious talk in the Democratic caucus of finding an alternative to Speaker Pelosi.

To save her gavel though, Nancy is playing the female card. In other words, she is trying to convince her caucus you can't maintain a majority without a woman running the show. Here’s what she said Sunday on CBS’s “Face the Nation”:

“You cannot have the four leaders of Congress, the president of the United States, these five people, and not have the voice of women, especially since women were the majority of the voters, the workers in campaigns and now part of this glorious victory.”

But there are dark pink clouds gathering on the horizon of this “glorious victory.”  The newly elected crop of women on Capitol Hill see things differently than speaker Grand Nan. Though they do not represent the majority of Democratic freshmen, these progressive upstarts have all the juice, all the energy and all the excitement.

And the political gender card that Pelosi perfected has been deployed in a new way by all these new gals.

Congresswoman-elect Rashida Tlaib, Ilhan Omar, Ayanna Pressley, and Ocasio-Cortez tweeted out a picture of themselves at a progressive caucus orientation the other day. Check it out.

They are respectively the first Muslim-American woman, the first black woman from Massachusetts and the youngest woman ever elected to Congress. They captioned the picture "squad." In another photo with a hashtag #changecantwait. -- Nancy Pelosi might have tagged this one #mobsquadhelp!

Well, these women may as well be the four horsewomen of the apocalypse with the Democratic Party, if you ask me, because they represent some of the most radical views in Congress: Free college for all, free health care for all, the abolishment of ICE, a green “new deal” where the U.S. depends entirely on renewable energy. (Have fun on those planes!)And on the foreign policy front, they are even wackier. The anti-Israeli bias of some of these junior congresswoman-elect is downright disturbing.

Ocasio-Cortez in July called Israel an occupier of Palestine. I guess she found that on Wikipedia. And when pressed to explain her views, well, you know, it was like, uh not pretty. Here’s this exchange from July 13 on PBS:

MARGARET HOOVER, PBS HOST:  You used the term the occupation of Palestine. What did you mean by that?

OCASIO-CORTEZ:  Oh, I think what I meant is like the settlements that are increasing in some of these areas and in places where Palestinians are experiencing difficulty in access to their housing and homes.

HOOVER:  Do you think you can expand on that?

OCASIO-CORTEZ:  Yes. I mean, I think also just -- I am not the expert on geopolitics on this issue.

The two new Muslim members of Congress go even further than this. Tlaib endorses a one-state solution where Jews have no right to their sovereign state.

She said in an interview citing her Palestinian heritage,

"Separate but equal does not work." And in 2014, Omar tweeted, "Israel has hypnotized the world, may Allah awaken the people and help them see the evil doings of Israel."

She recently called Israel -- one of our closest allies-- an apartheid regime.

Now, one doubts that this is what women had in mind when they voted for these female candidates, but you never know. Well, then there is Massachusetts’s Ayanna Pressley. I think she's my favorite of all of them.

She is a leftist on the warpath against white men. She hailed from the Boston City Council before walloping incumbent Democratic Representative

Michael Capuano. Pressley doesn't sound like she's going to be singing "Love Me Tender" to Nancy Pelosi anytime soon. Here’s what she said on September 4:

“It's not just good enough to see the Democrats back in power, but it matters who those Democrats are.

Well, Pressley vows that she's going to shake up what she calls "the corridors of power and most decision-making tables that are dominated by white men."

When it comes to women of color candidates, folks don't just talk about a glass ceiling. What they describe is a concrete one. But you know what breaks through concrete? Seismic shifts, drastic change, activist leadership. A movement builds and the citizen activist rises and a force -- they are a force to be reckoned with.

Well, a force to be reckoned with, we will see. But if her tenure on the Boston City Council is any guide, she is going to make Maxine Waters approach seem more like Joe Manchin's.

Now, you can be certain these far left newbies are going to make governing all but impossible for the Democrats and leadership, especially considering that they are going to have progressive support though for one of their top agenda items: Trump's impeachment. Here’s this exchange from CNN’s “Outfront” on September 5:

KATE BOULDAN, CNN HOST:  Is impeachment your top priority if you get elected?

OCASIO-CORTEZ:  I think it's certainly something that needs to be on the agenda. I absolutely do.

And here’s this from Maxine Waters:

Fraternities across the United States are going to have drinking games all next year with the "I" word!

Well, the Democrats have to be very careful here. Impeaching Donald Trump, Brett Kavanaugh, Wilbur Ross, I mean, whoever they are going after, could place them in severe political jeopardy.

According to a new Politico/Morning Consult poll, 51 percent of all voters are opposed to the Democrats moving articles of impeachment against the president next year.

Only 33 percent support impeachment. But among Democratic voters, 61 percent want their party to start impeachment proceedings, while just 22 percent are opposed.

Expect Pelosi -- or whomever the Dems elect as their Speaker -- to delicately approach impeachment proceedings despite the cries from the left. But that doesn't mean that they won't harass the president and his administration to satiate their base.

Axios is reporting that the Dems are loading the “subpoena cannon” with 85+ Trump targets in sight.

The president's tax returns, real estate deals, Russia involvement, interaction with the FBI, even its Space Force will be targets of the Democratic investigation.

But one gets the sense, as they often do, that the Democrats are about to overplay their hand big time.

Because if the Kavanaugh circus proved anything, it's that women don't like to see people unfairly tried in a public setting, particularly when the charges are politically motivated.

While wrangling with the left-wing of her party, Pelosi should not mistake her slim House majority for a sweeping political mandate or a license to make war on the president.

Voters, female AND male, will not stand for it.

Adapted from Laura Ingraham's monologue on  "The Ingraham Angle" on November 13, 2018.