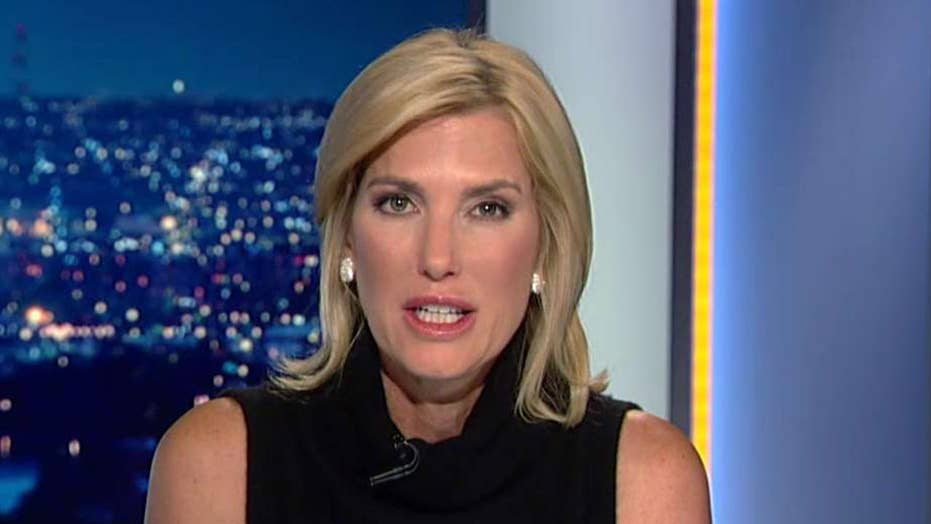 House Republicans feel no urgency to get things done.

Last week, President Trump threw down with Democrat leaders over his signature promise to build a wall. Well, naturally, open border Democrats desperate to replace you with new voters are digging in against the president.

"President Trump should understand there are not the votes for the wall in the House or the Senate," Senate Minority Leader Chuck Schumer said over the weekend. "He is not going to get the wall in any form."

Oh, no shock there. He's not thrilled about it. But what about the House GOP? Surely in their waning days of power, they have their priorities straight. They'll finally support the president's agenda and the rule of law. Right?

Well, not so much. Retiring House Speaker Paul Ryan seems to have his mind on other things, like his favorite Christmas movies.

They are not the only ones confused. The cold, hard facts are this: Many Republicans have no desire at all to build the wall. They don't want to fund it and they don't want it or anything else that actually matters to the voters who elected them.

While they're still being paid to do the people's work, I think they've clearly moved on to merry-making, frivolity, talking about old family movies and family favorites. Meanwhile, the administration, however, is doing its best to light a fire under Congress. So what if they only have a few legislative days left in the majority?

However, as Monday's New York Times reports, the Republicans are not feeling the urgency at all. "Vanquished and retiring members are sick and tired of Washington and don't want to show up anymore to vote," the Times reports. "Many lawmakers, relegated to cubicles as incoming members take their offices, have been skipping votes in the weeks since the House Republicans were swept from power in the midterm elections, and Republican leaders are unsure whether they will ever return."

Oh, really? They know we, as taxpayers, should be unsure whether they are ever going to receive their last paychecks or maybe a chunk of their fat pensions, for that matter. This is a complete dereliction of duty when we have an ongoing emergency at our southern border. And they're worried about working out of a cubicle?

But let's not kid ourselves, my friends. The leadership of both parties, again, never wanted to fund the wall. Speaker Paul Ryan is a nice person, but he was always against it. Remember what he said back in October?

"We intend on having a full-fledged discussion about how to complete this mission of securing our border," he said. "And we will have a big fight about that. And we are going to be looking at doing just how - we'll figure out how to do it in December."

A full-fledged discussion? A fight? Well, we've had neither. And as I predicted in October, it's all talk, push it to right before Christmas, they'll do nothing.

Now, does Ryan really think we're all that stupid? And anyway, what's there to discuss? Secure the border. That's what we want. We have people pouring across our border, children dying from the trek because adults -- they know that if they have a child with them, they're going to be processed and then they'll be released into the country. That's just the way it works.

The truth is, Republican leadership, for the most part, with few exceptions, again, never wanted a wall. They just want the appearance of border fortification.

"You need cameras. You need electronic devices," Ryan said in one Fox News interview. "You need these -- you need the aerial devices to be able to place it in the mountainous areas. You can't build a wall over a mountain ... So you need cameras and you need drones up there."

"You can't build a wall over a mountain." OK. Anyone and any time they start talking about sensors and drones, they're closer to the Schumer position than the Trump position.

This is why I repeatedly urged the Republicans to elect a new Speaker back when Ryan announced his retirement. They needed a strong leader who would help enact the president's agenda, not someone more focused on his long goodbye.

"I remember just being awestruck the first time I walked down that Senate aisle, that feeling just never goes away," Ryan said in his farewell to Congress. "I still feel it when I walk onto the floor each and every time. Since becoming Speaker of theHouse, which is not something that we're used to in Wisconsin, I'm the only
one who's done that, I appreciate the indulgence of the people I work for who indulge the fact that I had other responsibilities in addition."

Well, that's sweet. That's a nice little farewell address. But we should have to indulge anyone working for us. Paul Ryan is a really kind person, and he's a nice man. And he's smart. And he always called the taxpayers his employers. I like that.

So shouldn't we the people expect our employees to work through their last day on the job? If we're in charge, we say, work. Right?

Well, given the lack of initiative in the House and absolutely no direction being given by leadership, you might wonder how the retiring speaker is spending his time. Well, prepare to put on a pair of fuzzy jammies and watch Paul Ryan, the Series.

The Republicans were elected to Congress to move the Trump agenda. And in many cases, they have frustrated it. That is a fact.

Now, this is my last week on terrestrial radio. And I'm launching a new podcast in January. A lot of you have already heard about it. But my listeners today had this to say about the Republicans' refusal to do what's right at the border: "Purposefully incompetent, maliciously incompetent." "Political opportunists." "Infantile."

"Call your Congressmen people out there listening, call them, tell them no matter what to back our President," one viewer said.

And those are the nice things they said.

Well, you may have to call your congressman. There are reports that the Republicans are considering a continuing resolution scam where they would fund the government until September with no real money for the wall.

Now, the people in the White House cannot allow this. They should not stand for this. Bring on the shutdown. For all the bluster and the worry about a government shutdown, we all should realize one thing. With the exception of tax reform, which frankly could have been a lot better, and VA reform, which was good and needed, the government has essentially been shut down - shut down to the will of the American people - for two years. Does that sound harsh? Well, I'm telling you the way it is. Not the way you want it to be.

The Republicans were elected to Congress to move the Trump agenda. And in many cases, they have frustrated it. That is a fact.

They passed a massive defense spending bill without any offset and cuts - so much for spending caps. They secured no asylum reform. They did not end chain migration. They failed to produce an infrastructure bill. And they blocked the president's effort to fully fund his signature promise.

And the reason why many of them got into office in the first place? Well, it was supposed to be to build the border wall. Republicans are spending time and political capital this week on criminal justice reform, which I generally support. But this was not the reason the reason the American people turned out to vote in 2016. It's also not an emergency, whereas the disaster at the border really is.

So, whether they're retiring or returning in the New Year, Republicans should stay focused and in session through Christmas, if necessary, to get this wall funded. I know what you're saying. It'll never happen, Laura. It'll never happen.

Well, guess what? This is our country. This is what they promised to do, implicitly, when President Trump was elected.

And by the way, this goes for the White House as well. For the retirees, the holidays will be here soon enough. And they're going to have plenty of time to join Paul Ryan. They can binge-watch things like "It's a Wonderful Life" even as our political life becomes anything but.

Adapted from Laura Ingraham's monologue from "The Ingraham Angle" on December 17, 2018.