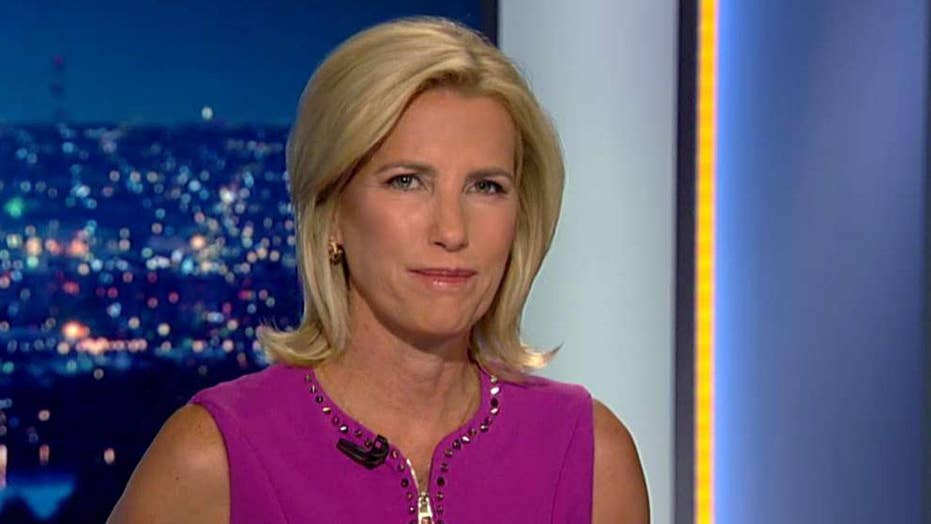 Senate Judiciary Committee Chairman Chuck Grassley calls for an Attorney General nomination to be made.

Well, it happens in relationships. The president and Jeff Sessions started off strong. They were tight. But then they basically ended up hating each other.

Well, it's been three weeks since Trump canned Sessions and we haven't heard much about him filling the critical position of the attorney general since then.

Here’s what he said recently on the subject:

Well, the fact that we still have no A.G. nominee has Senate Judiciary Committee Chairman Chuck Grassley up in arms. He said, "I think it would be wise for the president to get somebody appointed like yesterday. How long does it take for to you make up your mind for who you want to be the attorney general?"

Grassley makes a good point here. This is no time for the administration or the United States to be without an attorney general.

We need a permanent, top law enforcement officer in place particularly at a time when our border is under assault.

Now, for its own part, Democrats and their media sponsors have had a field day since the president selected former Sessions’ chief of staff Matthew Whitaker to be acting attorney general.

Lawsuits have been filed by Senate Democrats Blumenthal and Hirono to remove Whitaker. They’re claiming the president’s pick is unconstitutional since Whitaker hasn't been confirmed by the Senate. Here’s how Blumenthal put it:

The state of Maryland has also filed an absurd lawsuit to block Whitaker for his involvement in an existing ObamaCare lawsuit that they say would protect people with pre-existing health conditions. My friends, this is all an unnecessary distraction.

Trump's DOJ should be devoting its manpower and resources to defending his policies against the relentless attacks by groups such as the ACLU.

There is no point in fighting unnecessary battles launched by vicious opponents nor by delaying the nomination of a new A.G. Does the president need the appearance of seeming to be worried about the pending Mueller report?

Now, notwithstanding the bad blood between the president and Jeff Sessions after his recusal in that Russia probe, Sessions was tough and he was in sync with Trump on border enforcement. And now more than ever, we need a strong, smart, well-respected A.G. -- who is liked by the president -- to immediately do the following:

1. Lead the fight against the nationwide injunctions enacted by activist district court judges and issues from illegal immigration to health care -- these injunctions issued by these activists on the bench are thwarting the rule of law, the will of the American people and the president.

2. The new A.G. needs to launch an investigation of open borders groups such Pueblo Sin Fronteras that have organized and choreographed this migrant crisis at the border. These organizations are criminal conspirators. They are masquerading though as non-profits helping the migrants.

Right now, there are laws on the books that a smart leader at DOJ could utilize to stop this caravan madness. What are these laws? One, there is Section 274 of the Immigration and Nationality Act, any person who knowingly brings or just attempts to bring an alien into the United States illegally has ommitted a crime punishable by up to 10 years in prison.

Moreover, anyone who encourages or induces an alien to come, to enter or reside in the United States legally can be jailed up to five years. And someone who aids or abets people committing either of the above acts can also be jailed for five years.

And by the way, it gets better, 18 USC section 1324 even invokes the possibility of the death penalty for those whose actions result in the death of any person while violating the governing immigration laws. Jeff Sessions dropped the ball on this issue. A new A.G. must not.

3. Before Pelosi takes the gavel and a deluge of Democrat-led Congressional investigations hit the Trump White House, a whip-smart, strong, experienced A.G. is needed to coordinate legal strategy and defend the president's policies and decisions. That means he or she needs to coordinate with the White House. This requires that he or she be confident and competent enough to appear on fair media outlets to advance the White House's position.  We need to see the attorney general.

4. We need a new A.G. to help restore public trust in the Department of Justice and the FBI.  After the reputational harm that Comey, McCabe, Lisa Page, Peter Strzok and a gaggle of others have caused, it's time for the president to turn the page and nominate someone with experience and credibility to head the DOJ.

Weeks ago, I suggested former New Jersey governor Chris Christie as a possible A.G. pick. He would be fantastic and so would Andy McCarthy.

Adapted from Laura Ingraham’s monologue on “The Ingraham Angle” on November 27, 2018.

Laura Ingraham is the host of FOX News Channel’s (FNC) The Ingraham Angle (weeknights 10PM/ET). She joined the network in 2007 as a contributor.
ADVERTISEMENT