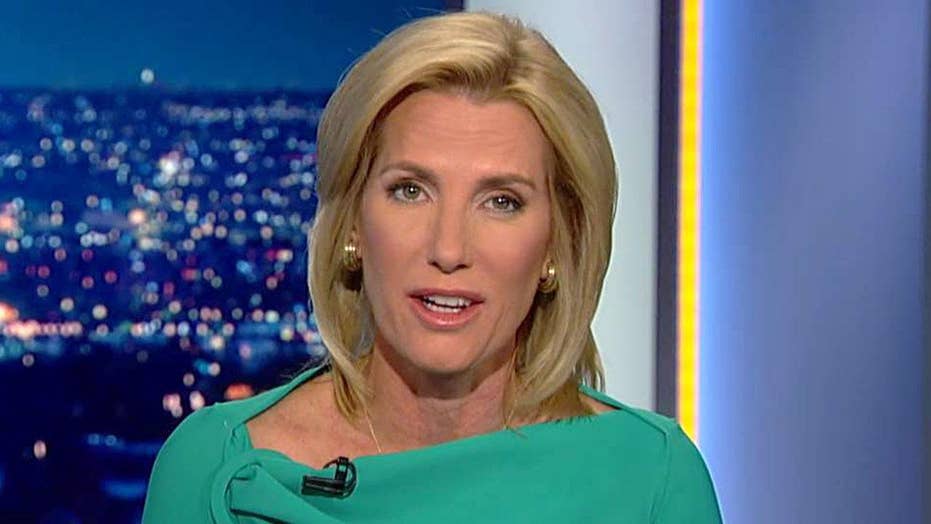 During the next several months, we at “The Ingraham Angle” are going to devote a significant amount of time unpacking the most important political and cultural stories of the day.

Our aim is that these investigations help you better understand the people and facts behind critical challenges facing you, your family, and our country.

On Thursday we examine the pernicious influence in American politics of Linda Sarsour. A woman described by The New York Times very affectionately as “a homegirl in a hijab.”

Here’s how she describes herself:

“I am a Palestinian Muslim-American activist born and raised in Brooklyn and every Islamophobe's worst nightmare.”

Well, she is a nightmare, period. A relentless self-promoter, she represents so much that is hideous.

Now, check out this attack on the Trump administration where Sarsour actually invokes jihad.

“I hope that we when we stand up to those who oppress our communities that Allah accepts from us, that is a form of jihad that we are struggling against tyrants and rulers not only abroad in the Middle East or on the other side of the world, but here in these United States of America were you have fascist and white supremacists and Islamaphobes reigning in the White House.

Reigning in the White House. She is also extremely subtle.

Now, as a co-founder of the anti-Trump Woman's March in January 2017, Sarsour became a near-constant fixture in the media, spewing her hate and her lies everywhere.

Now, wherever there is a camera, you will find her trying to hog it as she did in the Kavanaugh confirmation fight even.

She was arrested during the hearings themselves but so were a lot of other leftist agitators. She wore it as a badge of honor.

Yet Sarsour who claims to stand for all these oppressed people all over the world and has even done some fund-raising for victims of anti-Jewish violence is really an anti-Semite herself hiding in plain sight.

Sarsour and two other founders of the Women's March, Tamika Malory and Carmen Perez, have all appeared at events sponsored by the anti-Semitic organization the Nation of Islam, including by the way, one where Farrakhan himself said the Jews are my enemies.

Now, any association whatsoever with Farrakhan is the ultimate tell regarding someone's true motives.

Here’s just one of the things he’s said: "When they talk about Farrakhan, call me a hater, you know what they do, call me an anti-Semite. Stop it. I am anti-termite. The Jews don't like Farrakhan, so they call me Hitler. Well, that's a great name. Hitler was a very great man."

And Farrakhan, by God's grace, has pulled the cover off of that satanic Jew.

Of course, a perfunctory condemnation of anti-Semitism or other forms of bigotry was issued by Sarsour and her cohorts, but they have yet to condemn Farrakhan himself.

Last spring, the Women's March Organization cited the difficult and often painful work of intersectional movement building, hence why they had to work with him.

And instead of a strong unequivocal condemnation of the Nation of Islam founder, they wrote "Minister Farrakhan's statements about the Jewish, queer, and trans-people are not aligned with the Women's March Unity Principles."

Oh, that's tough. But now, to quote another well-known anti-Semite, the chickens are coming home to roost.

The main founder of a Woman's March, Teresa Shook, wants the Sarsour, Mallory, Perez trio to step aside.

Even that nasty Trump hater, Alyssa Milano, was less than charmed.

She is threatening to boycott the next Women's March -- coming up in just a couple months -- unless Sarsour and company leave the organization.

My question is, what took them so long? Sarsour of course feigned an apology but she is not backing down from her harsh attacks on Jews.

Just a few weeks ago on Facebook, she slammed folks who masquerade as progressives but always choose their allegiance to Israel over their commitment to democracy and free speech.

Now the phrase "allegiance to Israel" is a favorite among the anti-Semitic set.

To his credit, CNN's Jake Tapper was all over Sarsour last spring after the Women's March wished a cop killer fugitive who fled to Cuba, a happy birthday.

The venomous Sarsour responded with this. "Jake Tapper joins the ranks of the alt-right to target me online."

Aside from Tapper's Twitter takedown, media outlets including CNN were responsible for elevating Sarsour to cult-like status.

So desperate to smash all things Trump, the left was only too happy to offer this incendiary figure a platform to organize. Here’s what Sarsour said recently:

“We're coming back out and we're announcing today to the American people to join us around the country and in Washington, D.C., on January 19, 2019. We are outraged that we are talking about and putting victims on trial and talking about Dr. Ford in the way in which she was treated at that hearing.”

But today, some good news. CNN dumped contributor Marc Lamont Hill after he delivered a speech at the U.N. that seem to call for wiping the state of Israel off the map.

Lamont Hill's association with the network was especially ironic given the network's new series at CNN about the rise of anti-Semitism here and abroad.

Sarsour owes her public profile to a press that has gone out of its way to cover for her rather than actually cover her true motives and allegiances.

They made excuses for Sarsour because she's a woman, she's Muslim, and she's a harsh critic of the president.

Now they are paying the price with the further erosion in their own credibility.

Adapted from Laura Ingraham’s monologue on “The Ingraham Angle” on November 29, 2018.