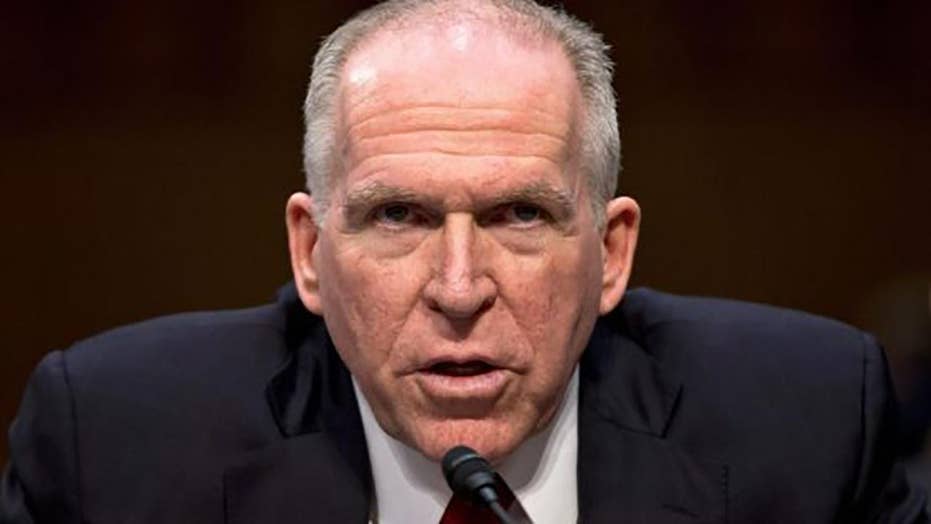 Tucker: Former CIA director John Brennan still has top security access and has history of dishonesty and is now a partisan talking head for a cable news network. Brennan is not alone, and Sen. Rand Paul finds this 'alarming.'

The Trump-Russia sleuthers have been back in the news, again giving Americans cause to doubt their claims of nonpartisanship. Last week it was Federal Bureau of Investigation agent Peter Strzok testifying to Congress that he harbored no bias against a president he still describes as “horrible” and “disgusting.” This week it was former FBI Director Jim Comey tweet-lecturing Americans on their duty to vote Democratic in November.

But the man who deserves a belated bit of scrutiny is former Central Intelligence Agency Director John Brennan. He’s accused President Trump of “venality, moral turpitude and political corruption,” and berated GOP investigations of the FBI. This week he claimed on Twitter that Mr. Trump’s press conference in Helsinki was “nothing short of treasonous.” This is rough stuff, even for an Obama partisan.

The CIA director couldn’t himself go public with his Clinton spin—he lacked the support of the intelligence community and had to be careful not to be seen interfering in U.S. politics. So what to do? He called Harry Reid.

That’s what Mr. Brennan is—a partisan—and it is why his role in the 2016 scandal is in some ways more concerning than the FBI’s. Mr. Comey stands accused of flouting the rules, breaking the chain of command, abusing investigatory powers. Yet it seems far likelier that the FBI’s Trump investigation was a function of arrogance and overconfidence than some partisan plot. No such case can be made for Mr. Brennan. Before his nomination as CIA director, he served as a close Obama adviser. And the record shows he went on to use his position—as head of the most powerful spy agency in the world—to assist Hillary Clinton’s campaign (and keep his job).

Mr. Brennan has taken credit for launching the Trump investigation. At a House Intelligence Committee hearing in May 2017, he explained that he became “aware of intelligence and information about contacts between Russian officials and U.S. persons.” The CIA can’t investigate U.S. citizens, but he made sure that “every information and bit of intelligence” was “shared with the bureau,” meaning the FBI. This information, he said, “served as the basis for the FBI investigation.” My sources suggest Mr. Brennan was overstating his initial role, but either way, by his own testimony, he as an Obama-Clinton partisan was pushing information to the FBI and pressuring it to act.