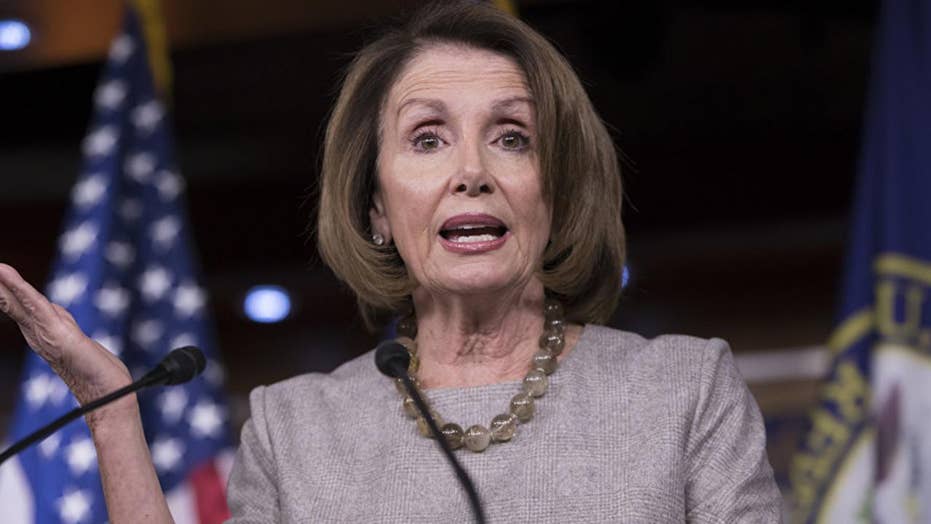 Are Democrats counting their chickens before they hatch?

Nancy Pelosi appears very confident that her party will win back control of the House.

In a few days the U.S. will have its midterm results, and the Beltway press corps will lecture us on the lessons. Don’t expect to hear much about the one takeaway that is already obvious: that today’s preferred progressive politics -- of character assassination, mob rule, intimidation and wacky policies -- is an electoral bust. It is not what is winning Democrats anything. It is what is losing the party the bigger prize.

Six weeks ago, Democrats were expecting a blue wave to rival the Republican victory of 2010, when the GOP picked up 63 House seats. Everything was in their favor. History -- the party in power almost always loses seats. Money -- Democrats continue to outraise Republicans by staggering amounts. The opposition -- some 41 GOP House members retired, most from vulnerable districts where Donald Trump’s favorability is low. Democrats were even positioned to take over the Senate, despite defending 10 Trump-state seats.

Democrats obliterated their own breaker in the space of two weeks with the ambush of Supreme Court nominee Brett Kavanaugh. The left, its protesters and its media allies demonstrated some of the vilest political tactics ever seen in Washington, with no regard for who or what they damaged or destroyed along the way -- Christine Blasey Ford, committee rules, civility, Justice Kavanaugh himself, the Constitution. An uncharacteristically disgusted Sen. Lindsey Graham railed: “Boy, y’all want power. God, I hope you never get it!”

A lot of voters suddenly agreed with that sentiment. The enormous enthusiasm gap closed almost overnight as conservative voters rallied to #JobsNotMobs. Even liberal prognosticators today forecast that Republicans will keep the Senate and Democrats will manage only a narrow majority in the House, if that. It’s always possible the polls are off, or that there is a last-minute bombshell. But it remains the case that the ascendant progressive movement blew an easy victory for Democrats.