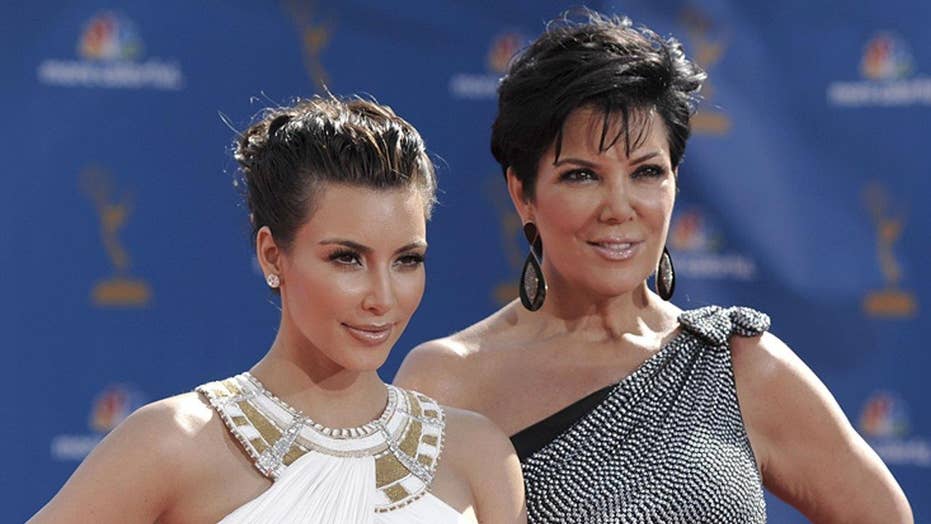 A soon-to-be-published book asserts that Kim Kardashian and her mother, Kris Jenner, conspired with Vivid Entertainment to release the "stolen" sex tape that helped make Kim famous. If true (and Kardashian denies it), that would help explain the family whose faked-for-TV lives are infecting a generation or two with pathological narcissism and depravity.

As Fox News and the New York Post reported Monday, Ian Halperin, author of “Kardashian Dynasty: The Controversial Rise of America's Royal Family” “quotes a source in the ‘adult film industry’ who said, ‘A mutual friend of Kim and Paris [Hilton] had advised her that if she wanted to achieve fame, a sex tape would be the way to go . . . Kim had discussed the idea of producing a tape with her family beforehand.’

Halperin also says a former friend of Kim had told him: ‘It was Kris who engineered the deal behind the scenes and was responsible for the tape seeing the light of day,’ although he added this had been long rumored in the showbiz world."

We should note that a representative for Kim Kardashian told the New York Post, “All the assertions are false.”

Leaked sex tape or not, the Kardashians obviously know that hyped-up and staged drama posing as real life will make people gawk. And they obviously don't much care that they have helped convince tens of millions of young women and men that their own lives should be equally hyped-up and staged.

American adolescents, teens and young adults now live a little like the Kardashians seem to, with scenes and shots they produce for Facebook, Snapchat, Tinder, YouTube and the like. Meanwhile, inside, they are experiencing feelings of depression and anxiety at levels never known in our culture. Then they treat their despair with marijuana and alcohol and heroin and ecstasy and “Molly” and whatever mood-altering or pain-killing prescription drugs they can pilfer from their parents’ medicine cabinet.

That's what "being Kardashian" means to me.

Watching an episode of the Kardashians isn't much different from getting high, since it wrenches the minds of young people into believing that what they are seeing and feeling is real, and that hyper-emotional, ego-driven, attention-deficit-disordered storylines are what life should be made of.

But the roots of the Kardashians’ apparent desire to escape the reality of their own existences, no matter how many people may be made sick by it, will be more exposed if it is true that Kris Jenner helped leak her daughter's sex tape.

I have neither interviewed nor treated any of the Kardashians, but I know that a mother who helps distribute a videotape of her daughter having sex is a mother who feels no particular reservation reticence about anyone and everyone being involved in her daughter's erotic life. And that mother, I would theorize, is someone whose appreciation of proper boundaries may have been eroded by her own experiences, whether early or somewhat later in life. Dodging memories of those events by turning the lives of one's family into a hypersexual freak show would be tragic for Kris Jenner and her children, even if it didn't also didn't taint the lives of our own sons and daughters. But it has.

I was asked once to appear on the Kardashians' show, as a psychiatrist treating one of the family members. I refused, explaining that posing as a psychiatrist and dealing with fake, made-for-TV suffering could damage the public's confidence in me and the authenticity of my profession.

The truth is that Kim Kardashian's sex tape was, at least, authentic. She appeared in it. She was actually having sex in it.

But if Kris Jenner and Kim Kardashian leaked the tape, it proves they were very competent fakers and frauds, focused only on fame, from the start. And it foreshadowed that they would drag lots of folks down into that psychological void with them.