Is the United States going to war with Iran? Probably not.

Should the United States go to war with Iran? Probably not.

Now that that’s out of the way, we can unpack the current tensions with Iran, where they are likely to lead, and the potential pitfalls the United States should avoid on the road ahead.

It is unlikely that we will find ourselves in a war with Iran in the near term because both sides are eager to avoid one. Although some of President Trump’s advisors may welcome a clash with Tehran, he has consistently made clear that he wants to end American wars in the Middle East, not start new ones. That has been behind his impetus to pull U.S. troops out of Syria and his unwillingness to become further involved in the Yemeni civil war.

On the other side of the Persian Gulf, Ayatollah Ali Khamene'i, Iran’s Supreme Leader announced that there would be no war.  In case you don’t believe him, the Iranians have typically shown enormous respect for American conventional military power since they were shellacked by it in the late 1980s. They know full well that in a full-on war, the U.S. would do tremendous damage to Iran’s armed forces and could threaten the regime’s grip on power – which is the very thing they are seeking to avoid. 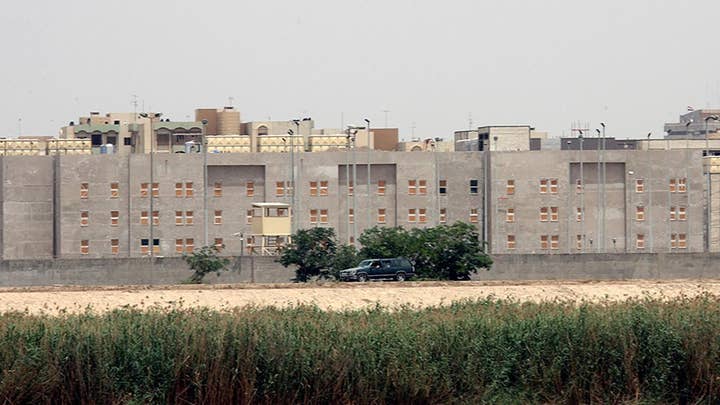 Of course, just because two countries don’t want a war doesn’t mean that they won’t stumble into one anyway. Given the current tensions created by the American pressure on Iran and Tehran’s nascent efforts to push back, the deployment of additional American military forces to the region, and the tendency for Iran’s Revolutionary Guards to occasionally take unauthorized aggressive actions, no one should rule out an unintended clash. Even then, however, the most likely scenario would be a limited American retaliatory strike to demonstrate to Iran that Washington won’t be pushed around by a 98-pound weakling and that Tehran needs to keep its problem children under control.

Over the longer term, there are other threats. Because of its conventional military weakness compared to the U.S. (and Israel), Iran has typically preferred to employ terrorism and cyber attacks – more often directed at American allies than at the U.S. itself – to create problems for Washington without creating a pretext for a major U.S. military response. We’ve already seen that begin with mysterious attacks on Saudi oil tankers off the coast of the UAE, and drone strikes by Iran’s Houthi allies on Saudi oil pipelines. These attacks have the twin benefits for Iran of hurting (and potentially humiliating) a key American ally while simultaneously jacking up the price of oil. In the past, the Iranians have also mounted cyber-attacks on the computer network of Saudi Aramco, the company that controls the Saudi oil network.

If Iran continues this pattern of activity, the U.S. and its allies will look for ways to deter and defeat the Iranian attacks. At some point, the U.S. (or the Israelis, if they get dragged in, as they often are) might decide to respond with a military strike. And the Iranians might feel compelled to respond in kind, if only to demonstrate that they won’t take a punch without throwing one in return. Again, there’s good reason to believe that that would be the end of it, but it’s not impossible that it might be the start of something bigger.

We should also remember that on occasion in the past, Iran has overstepped itself, mounting terror attacks that could have (and should have) crossed American red lines. In 1996, Iran blew up the Khobar Towers housing complex in Saudi Arabia, killing 19 and injuring almost 400 American military personnel. In 2011, Iran plotted to blow up a restaurant in Washington, D.C. while the Saudi Ambassador was dining there. The attack was foiled before it could be executed, but if brought to fruition, it could have killed scores of people in America’s capital. These were reckless Iranian moves at times of great tension that could easily have triggered a U.S. military response.

Finally, there is the most important question of all: should the U.S. be looking to pick a fight with Iran? A war with Iran makes no sense to me and I say this as someone who would like to see the United States making a much more determined effort to push back on Iranian aggression and expansionism in the Middle East. But the best way to do that is by helping our allies across the region, allies who are legitimately frightened by the gains Iran has made in Iraq, Syria, and Yemen over the past decade.

The best reason not to go to war with Iran is that we will almost certainly win. But in winning, we could easily cause the collapse of the Iranian regime, which would create the same kind of chaos and internal conflict in Iran that our failure to prepare for a full-scale reconstruction of Iraq caused there.  And like Iraq, we will probably find that Iran is far too important to allow to collapse into such turmoil. So if you liked the Iraq War you will love an Iran war because Iran has three times the population, four times the land area, and five times the problems of Iraq. Winning such a war with Iran only to have made the herculean effort to stabilize and rebuild it probably won’t feel much like winning at all.