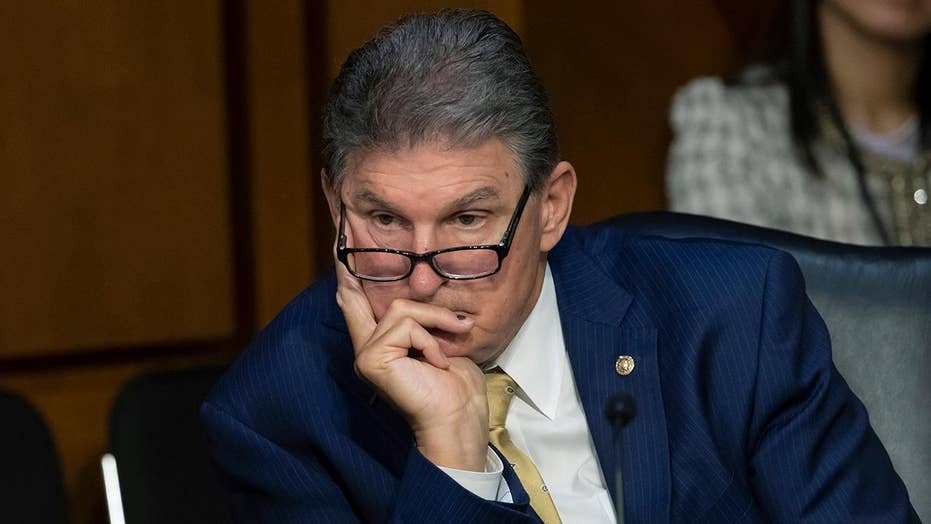 Will Dems sacrifice themselves to oppose Supreme Court pick?

Any legal expert will tell you that Kavanaugh is deserving of resounding confirmation. In fact, Liberal Yale Law Professor Akhil Amar, who voted for Hillary Clinton in 2016, called President Trump’s entire 25-person Supreme Court nominee list “distinguished” and “impressive.” Monday night,  in a piece entitled “A Liberal’s Case for Brett Kavanaugh,” Amar wrote: “I strongly supported Hillary Clinton… [but] it is hard to name anyone with judicial credential as strong as those of Judge Kavanaugh.” thus giving red state Democrats no valid reason to oppose him.

The Supreme Court has given its stamp of approval to more than a dozen of Kavanaugh’s decisions, and more than 210 judges nationwide have cited his most popular opinions.  Perhaps most qualifying of all, though, is this singular sentence written by Kavanaugh: “[R]ead the words of the statute as written.  Read the text of the Constitution as written… Don’t make up new constitutional rights that are not in the text of the Constitution.”

This incontrovertible statement is precisely the role of a judge and precisely the reason not a single Democrat should oppose the nomination of Judge Kavanaugh, a Constitution-abiding judge with a proven track record.

As November approaches, it should come as no surprise that these vulnerable red state Democrats are now engaging in some fancy political footwork as they desperately try to convince their constituents that they are Trump allies, despite their proven track record of opposing him.

If not out of principle, red state Democrats ought to vote for Kavanaugh based on political fate.

Ten Democratic senators up for reelection this November hail from states that President Trump won, and in many of them commandingly so.

As November approaches, it should come as no surprise that these vulnerable red state Democrats are now engaging in some fancy political footwork as they desperately try to convince their constituents that they are Trump allies, despite their proven track record of opposing him.

With a vacancy on the Supreme Court and Majority Leader Mitch McConnell planning a Senate confirmation vote this fall, these faux Trump-supporting Democratic senators now have the opportunity to put their money where their mouth is and vote for President Trump’s highly qualified nominee, Brett Kavanaugh.

Opposing Kavanaugh is fraught with political risks. Voting against Kavanaugh will undoubtedly open Democrats up to attacks from Republican opponents – attacks like those we’ve already seen in Missouri, where Republican opponent Josh Hawley calls out Democratic Senator Claire McCaskill in a new ad over the upcoming Supreme Court vote.

As a confirmation vote on Kavanaugh approaches, every red state Democrat will be forced to answer the following question: are you Trump allies in word or in action?

Senator Jon Tester recently took out a full page ad in 14 Montana newspapers thanking President Trump and touting “Jon’s 16 bills signed into law by President Trump” (this despite his vote against tax cuts and against Supreme Court Justice Neil Gorsuch).

Will Jon Tester’s words be followed by action?

Senator Joe Manchin of West Virginia renounced his support for Hillary Clinton and said he would be “open” to voting for Trump in 2020.

Will Joe Manchin’s words be followed by action?

Senator Joe Donnelly brags that he voted with Trump more than every other Democratic senator with just two exceptions (keep in mind they all voted against tax cuts and permitted the government to shut down).

Will Joe Donnelly’s words be followed by action?

If these vulnerable Democrats do vote for Kavanaugh, they are sure to provoke the ire of the Democratic leadership. Asked about red state Democrats losing elections because of their votes against the nominee, Minority Whip Dick Durbin flatly stated: “They understand it’s an historic decision.  It’s about more than the next election.”

In essence, Durbin is perversely suggesting that these red state Democrats put party before people – the very people that made them United States Senators.

People over party should be the easy answer.