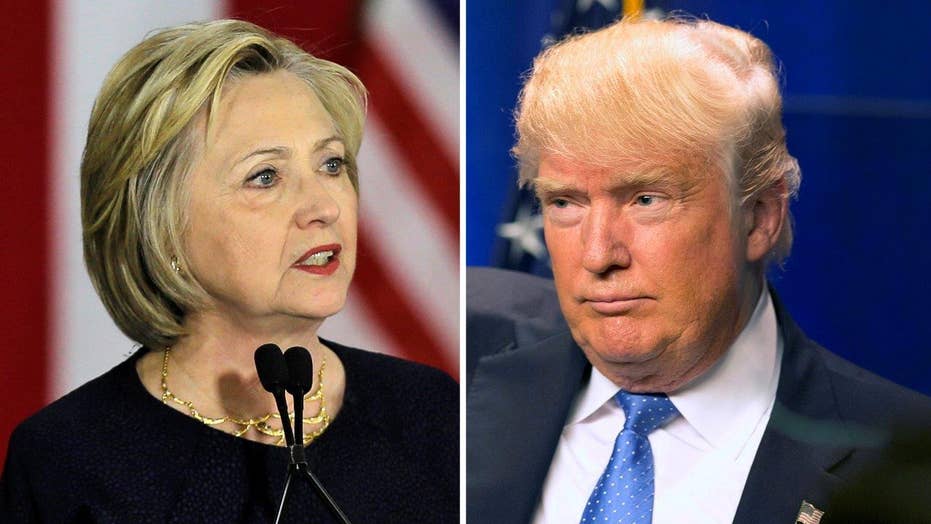 Why is Trump slumping in polls against Clinton?

Late Breaking News: After this report had been filed, news broke that Trump’s campaign manager, Corey Lewandowski, has been fired. Political insiders and journalists alike have reported that Lewandowski and campaign chairman Paul Manafort have been in open warfare over the campaign’s strategy. Lewandowski won most of the battles because he traveled constantly with the candidate and was often the last person The Donald talked to on most every issue.

Lewandowski’s instinct was to “let Trump be Trump.”  But while that might have helped the New York businessman grab 44 percent of the GOP primary vote and become the party’s presumptive nominee, it is not clear this approach would work in the general election.  News reports indicate Trump’s family played a major role in convincing the candidate to dump his manager.

But this change may mean less than expected if the candidate persists in his unorthodox approach.  Winning presidential campaigns are guided by a plan to effectively use the candidate’s time in covering battleground states, targeting persuadable groups of voters with a consistent message that is backed up by solid information and research and delivered in a compelling, deliberate manner.

This requires planning and, having never run for office, Mr. Trump may well believe he doesn’t need a plan or to change his tone or to engage in the basic blocking-and-tackling of persuading and turning out-the-vote.  Instead, he may believe big rallies and frequent TV interviews devoted to the issues of the moment can overcome all.

While it is clear Manafort and the others who make up the winning faction inside Team Trump understand what traditional campaigns need to do, they will not be able to make other needed changes unless the candidate is willing.

The candidates spent last week showcasing divergent strategies to unify their parties. Hillary Clinton continued trying to conciliate Bernie Sanders by reminding he and his supporters of the need to defeat Donald Trump, but the Vermont senator is not willing to suspend his campaign now.

Instead, Sanders seems intent on some sort of confrontation at next month’s Democratic National Convention in Philadelphia. On Tuesday he called for the Democratic Party’s fundamental transformation, and on Thursday he rallied supporters for a platform fight and encouraged them to run for state and local office.

Donald Trump spent his week refusing to conciliate the GOP. On Wednesday he told Republicans upset with his comments about “Mexican Judge” Gonzalo Curiel and opposed to his proposed ban on Muslims entering the country to “Just please be quiet. Don't talk.”

And on “Meet The Press” Sunday, Trump said that while “It would be nice if the Republicans stuck together … I can win one way or the other.” At rallies last week, he also savaged Mitt Romney and Jeb Bush.

Some Republican leaders believe The Donald would be better off ignoring his critics, projecting confidence that the GOP will be united and focusing his energy on Clinton and President Obama. They wonder why he continues to punch down.

Every day Trump spends trashing fellow Republicans is a day the press covers that story, not his attacks on Clinton. Bad advance work can also keep the story alive: Trump held a fundraiser in Arizona at a home built by Senator Barry Goldwater. No one bothered to check what Goldwater’s widow thought of The Donald. She scorched him in interviews.

The two camps have deeply divergent TV strategies, too: NBC News reported Sunday that Clinton and her super PAC allies ARE spending $23.3 million this month in eight battleground states, while Trump and his allies have spent zero (at least one pro-Trump super PAC is running spots on Fox News Channel nationally).

The president was heard from, as well: On Tuesday, Obama used the State Floor of the White House for a speech to attack Trump. It’s unusual for any president to use the White House for political speeches, but Obama has demonstrated he doesn’t believe tradition, rules or even the law applies to him.

Democrats counting on Obama to help make the case against Trump believe the president’s 50.4/45.6 percent approval/disapproval rating in the RealClearPolitics average of recent polls makes him a big plus for Clinton’s campaign.

Besides counting on those who disapprove of the president to be stronger in their views than those who approve, Republicans believe Obama’s numbers have risen as both party’s primary fights partially obscured him, and that his efforts now to gain the limelight will remind people of what they didn’t like about him and his policies, further fueling voters’ desire for change.

Convention preparations moved forward: Political insiders consider the appointments Friday of Enid Michelson of Utah as Rules Committee chairman for the GOP National Convention and Ron Kaufman of Massachusetts as Rules co-chairman as moves by RNC Chairman Reince Priebus to install leaders loyal to him, rather than to any specific candidate, though the ramifications of this are not yet clear.

Democratic leaders were given the joyful news that veterans of Occupy Wall Street plan to use three campgrounds in southern New Jersey as staging sites for Sanders supporters who will participate in protests in the park across the street from the party’s convention at Wells Fargo Arena in Philadelphia. The campgrounds are half an hour away and can house thousands.

Looking forward: Clinton promises to step up her attacks on Trump this week with a speech on his business failures, while Trump’s handlers suggest he will lay out more of his economic vision.

Republicans wonder whether Trump will pivot, ignore his Republican critics and focus on Clinton. After all, he has repeatedly criticized Mitt Romney for failing to effectively attack Obama in 2012. Trump’s continued failure to go on the offense himself will raise further concerns and more doubts about his chances in the general election.

Watch also to see if controversy continues bubbling up about Trump’s call on Sunday for profiling Muslims and his suggestion last week that Obama is secretly sympathetic to radical Islam. Even the NRA disavowed Trump’s view that nightclub patrons should be able to carry guns into any club. Let’s see if these Trump comments become bigger items.

But guns are likely to dominate this week’s political coverage: In the aftermath of the Orlando massacre, the Senate takes up four competing measures designed to keep potential terrorists from being able to purchase guns. The most likely to win the largest amount of Senate support is Texas Republican John Cornyn’s bill, but it’s not clear that even he can win the 60 votes necessary to overcome a filibuster by Senate Democrats, some of whom would rather have a political issue than pass legislation.