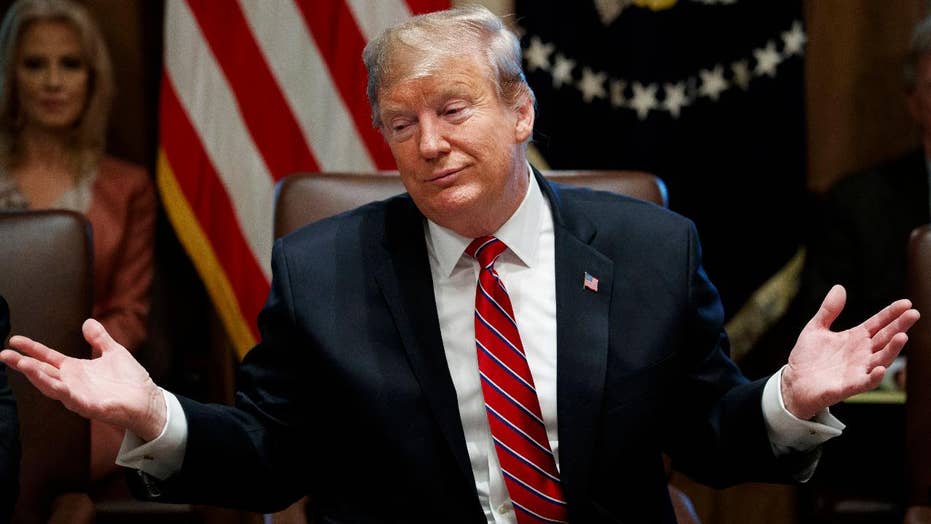 White House officials say the president is not happy with several measures in the bill, including the amount of money for a border wall; chief White House correspondent John Roberts reports.

President Trump’s standing has improved over the past week, and credit his State of the Union address. Say what you will about the ricocheting, all-over-the-place speech, but as Mr. Trump drove to Capitol Hill to deliver it, his average favorable rating from RealClearPolitics was 40.8%, with 55.5% unfavorable—his worst since early September. As of Wednesday, Mr. Trump’s favorables had risen to 43.3% and his unfavorables had declined to 53.4%.

This change is modest, but it’s important to locate its source: Mr. Trump acted presidential and struck notes of unity and compromise. If he can keep that tone, his numbers should continue to rally.

Recent events can help Mr. Trump sustain his forward progress, too. First is the congressional budget agreement. It not only avoids another shutdown that would drag the president’s numbers back down, but also gives Mr. Trump $1.375 billion for 55 miles of new border wall and almost $23 billion for other border security measures.

Some of Mr. Trump’s allies called this agreement a defeat. Most of the president’s supporters, however, will believe the president if he says it’s not. They want forward progress, and they’ll get it when the new $1.375 billion is used for the wall. And that’s before the president repurposes unspent Homeland Security money to pay for more miles of barrier. Since Speaker Nancy Pelosi vowed to give “nothing for the wall,” Mr. Trump can legitimately claim he won.