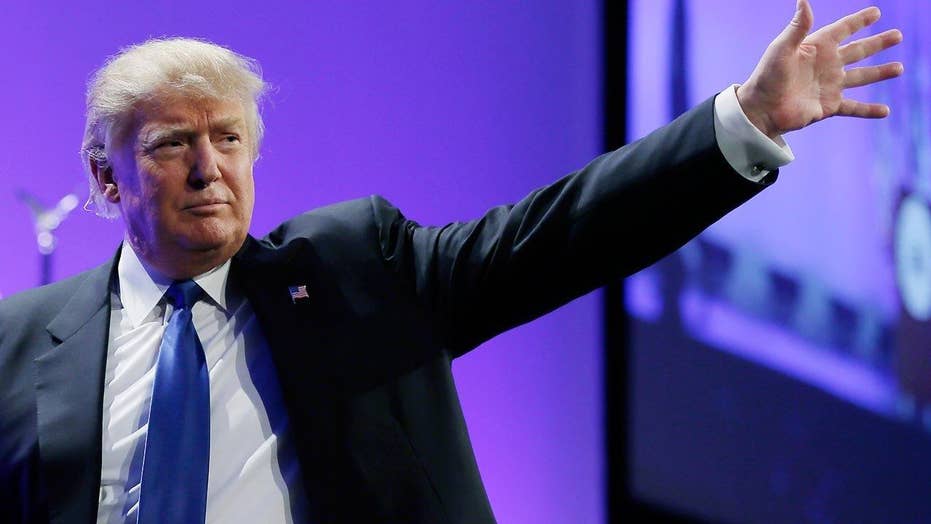 New questions over how Trump plans to fund his campaign

Clinton went first on May 4. She opined in a CNN interview “I think reporters have a chance to ask some tougher questions.”  Of course, she was not thinking of herself but of Mr. Trump, “Being a loose cannon doesn’t in any way protect him, I hope, from being asked the hard questions.”

Mr. Obama followed in his May 6 press conference, declaring, “Every nominee needs to be subject to exacting standards and genuine scrutiny” and making it clear he would be watching.  “The one thing that I’m going to really be looking for over the next six months,” he said, “is that the American people are effectively informed.”

The New York Times obediently responded to these two dog whistle blasts with a largely nothing-burger of a story on Donald Trump’s boorish ways with women.

But surprise, surprise, CNN’s Jake Tapper also blistered Ms. Clinton over her claims that she was “absolutely permitted” to use a private email server to communicate sensitive information while Secretary of State.

Next Up, Oregon and Kentucky. While the Democratic House of Lords (a/k/a/ “Super Delegates”) have already settled that party’s nomination battle, Clinton may still be worried about these two contests Tuesday. Now, USA Today reports Clinton is looking for a running mate who will excite and conciliate voters who feel the Bern.  Incidentally, 524 of the 712 Super Delegates have announced for Clinton, 40 for Sanders.  That’s 93 percent to 7 percent.

Way to Celebrate!  All those attending Rutgers University graduation exercises Sunday must have been delighted to have President Obama treat the event as an excuse to launch a partisan attack on the presumptive GOP nominee.  All those hard years of study by students and sacrifice by their parents were honored by a speech better suited to the Cook County Democratic Central Committee meeting.

Danger, Will Robinson, Danger! Saturday, the Washington Post reported that the Clinton campaign is committing extra staff and resources to three states Democrats have carried in the last six elections – Michigan (which Obama carried in 2012 by 9.5 percent), Pennsylvania (where his margin was 5.4 percent) and Wisconsin (7 percent).

Imagine the uproar if Republicans announced they were concerned about losing Arizona (which Romney carried by 9 percent), Georgia (which Mitt grabbed by 7.8 percent) and Missouri (9 percent).

A Process, Not An Event.  That was the smartest thing said last week by a Trump spokesman asked to comment on the meeting between the New York businessman and House speaker Paul Ryan.  Every presidential nominee has to work to unify their party and Trump goes into this process with fewer of the tools and assets previous candidates have.

He’s not a long-time Republican who has labored in the vineyards to help elect lots of GOP candidates.  He’s never held elective office that brought him into contact with other elected officials.

He voted for Sen. John Kerry for president in 2004, backed Hillary Clinton in 2008 until she lost her nomination battle, and labored mightily to see that Nancy Pelosi was elected House speaker in 2006.

So, of course, it’s to be expected that conciliating the GOP will be harder than usual.  Trump apparently understands this now, dropping his thinly veiled threats, exuding confidence and issuing a joint statement with Ryan after the meeting saying, “There's a great opportunity to unify our party and win this fall.”

The GOP’s Major New Problem.  After saying for almost a year he was self-funding his campaign and condemning Super PACs, Trump has now changed his mind and says he will raise money for his general election campaign and, it appears, sanction a Super PAC.

But Clinton has a large fundraising lead, having raised $187 million through April with the Priorities USA Super PAC reporting another $67 million raised with tens of millions more in pledges. She has millions of donors to draw on and her Super PAC has plenty of liberal millionaires.

There is a certain irony in the wealthiest candidate running in 2016 having a smaller list of donors and the biggest deficit to overcome in raising funds.

Priorities USA begins running ads Wednesday in Ohio, Florida, Virginia and Nevada. Also interesting is the Clinton campaign’s practice of buying ads on-line where #NeverTrump shows up in a posting’s text. They are trying to poach Republicans who are #NeverTrump.