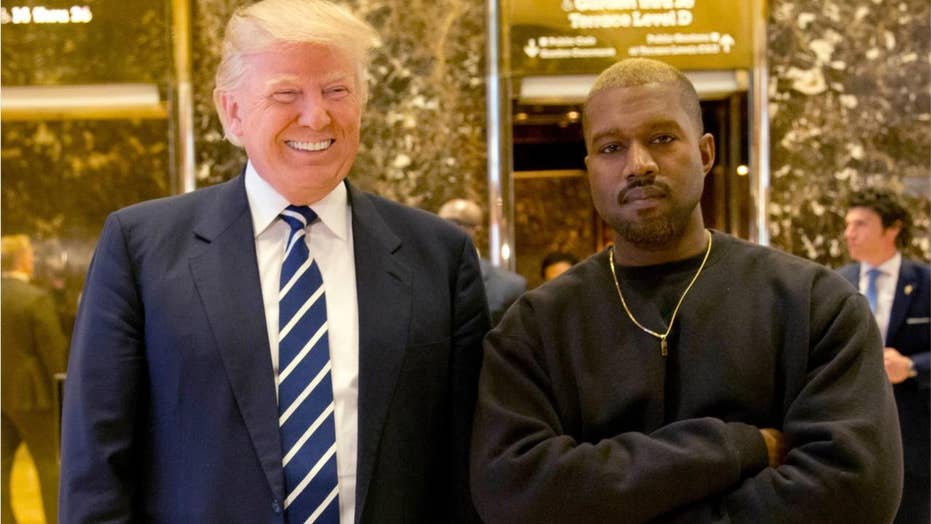 Rapper Kanye West, also known as Ye, is headed to the White House to meet with President Trump. The two will discuss prison reform and gang violence.

Rapper Kanye West meets with President Trump Thursday to discuss manufacturing jobs and job opportunities for former inmates. This is what black political leaders fear and why black elites now hate him. By working with the White House, West may successfully deliver opportunity to black communities that have been left behind.

Black pundits and media have already ripped into this meeting. On Don Lemon’s CNN show, Democratic commentator Bakari Sellers pointed to Kanye as an example of “anti-intellectualism,” while right-leaning commentator Tara Setmayer called him another “token Negro of the Trump administration.” A columnist for the black news site The Root panned the meeting as “what is sure to be the lowest collection of IQs in a 1600 Pennsylvania Avenue room since George W. Bush cuddled with Millie, his puppy.”

Celebrities aren’t pleased either. Beyonce and Jay-Z reportedly have severed all ties with Kanye and his wife, Kim Kardashian West, over Kanye’s vocal support of President Trump and Kim’s visits to the White House to discuss criminal justice reform. Comedian D.L. Hughley compared this meeting to that of a black slave and his white master.

It’s not surprising that these influential black figures malign any kind of outreach to the Trump administration. Perhaps they fear what these two forces together might accomplish for the black community: greater economic success and recognition by black America that its allegiance to progressive politicians has outlived its usefulness.

Already nationwide, blacks have been gaining in the workforce. The national black unemployment rate stands at 6 percent – the second lowest monthly rate in recorded history, just behind May of this year.

However, Chicago’s uneven economic prosperity demonstrates why more needs to be done to boost opportunity for blacks where despair persists. West recently announced that he's moving back to his hometown of Chicago.

High unemployment is especially concentrated in certain blacks areas – particularly the south and west sides of Chicago. But this was not always the case.

The South Side of Chicago was once home to the steel industry and other industrial plants. In its heyday from 1900 to 1970, blacks benefited from employment at mills, as well as jobs generated by a manufacturing-driven economy, from waitressing to construction.

The editorial board of the Chicago Tribune explained: “Manufacturers left long ago. There are few retail and restaurant jobs. All the economic activity is located miles away in the Loop and elsewhere in metropolitan Chicago. Too many young people have inadequate job training and … nothing to do.”

West aptly recognizes that the return of manufacturing and skills training would provide real opportunity for the young black population in Chicago.

President Trump is the right person to get it done. Domestic manufacturing is experiencing a resurgence as the economy has added more than 325,000 manufacturing jobs under this administration. Manufacturing optimism is at an all-time high thanks to tax cuts and tax reform.

At the same time, under Ivanka Trump’s charge, the administration has made workforce development (from apprenticeships to retraining) a priority, leading big-name employers to commit to training 3.8 million workers over the next five years.

Despite this sustained high level of optimism, manufacturers say the lack of skilled workers to fill an estimated 500,000 unfilled manufacturing jobs poses significant challenges to growing their businesses. This is where government, the private sector, and the education system can come together to help out-of-work people gain the skills they need to secure work and a better life.

If manufacturing returns to places like the South Side of Chicago, and the black workforce has access to the training necessary for those jobs, workers will be able to look forward to real careers. The economic prosperity that has eluded poor neighborhoods for over a generation can return.

Kanye West is not an economist, academic or community organizer. -- He has aligned with President Trump to create opportunity for left-behind black communities. This makes him unacceptable to the black patrician and celebrity class. But if he’s successful, he will be a hero to those who just want a chance.