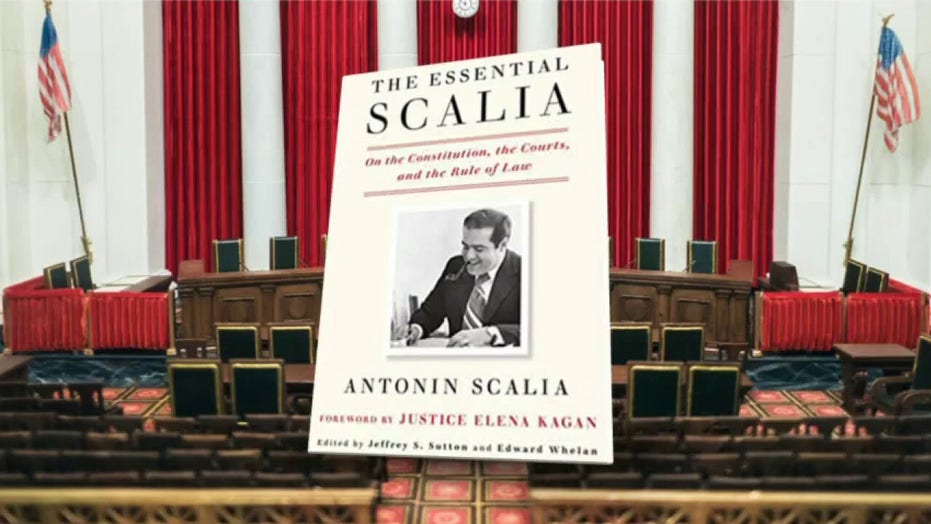 In the midst of a one-of-a-kind year, Constitution Day, Sept. 17, offers a reminder of what will endure and what will pass.

On the endure side are the headwaters of American democracy: a republican form of government and a constitutional structure that binds us to it.

One thing more will endure: Supreme Court Justice Antonin Scalia’s everlasting efforts to discern the meaning of our founding charter.

It’s one thing to write a venerated Constitution. It’s quite another to come to an agreement on what it means, creating a core paradox in American government.

We aspire to be “a government of laws and not of men.” And yet we allow a small group of men and women, our nine Supreme Court justices, to have the final say over the meaning of the Constitution.

Justice Scalia devoted 30 years on the court to resolving that dilemma, to navigating the risks of a court that does too much or does too little in discerning the meaning of our Constitution.

In the process, he earned deep respect and admiration from colleagues appointed by Republican and Democratic presidents alike.

As Justice Elena Kagan attests in her moving foreword to “The Essential Scalia,” a collection of his opinions and legal writings released Thursday, people dropped everything when Justice Scalia circulated one of his opinions.

Ample rewards awaited the reader then, and await the reader now, for seeing what he had to say.

Justice Scalia was first, last, always, a proud American, who cared deeply about this country.

Surely there was a separation-of-powers problem with a federal agency that operated like a “junior-varsity Congress,” or a flaw in a constitutional test that asked judges to divine “whether a particular line is longer than a particular rock is heavy.” The justice could cut to the heart of a matter by reframing the matter at hand: “It has been rendered the solemn duty of the Supreme Court of the United States ... to decide What Is Golf.”

But his off-the-beaten-path imagery and flinty-minded, sometimes side-splitting wit shouldn’t obscure what drove him.

Justice Scalia was first, last, always, a proud American, who cared deeply about this country.

The son of an immigrant, he did not take citizenship for granted.

Some of his most impassioned dissents arose from cases in which he thought the court was losing track of the finer points of our heritage and how the Constitution permits us to be governed.

Besides the peril of politicizing the courts if judges did not ground their decisions in the Framers’ design, he worried that the failure to honor the language of the Constitution would lead to backsliding.

If we permit federal judges to add rights not in the Constitution to account for new political pressures, he explained, we will also permit them to subtract rights actually in the charter.

No women or people of color participated in the Constitution’s creation, and the original Constitution contained the original sin of permitting slavery. But the imperfect bargains in Philadelphia were not lost on Justice Scalia.

Read the list of people who attended the Convention, and ask yourself how many of them were Italian Americans. Or how many were Catholic?

As the first Italian-American justice on the Supreme Court, he understood the risks of ethnic bigotry, exclusion and faith-based discrimination.

But to all of this, he would have given the same response: The Framers “left us free to change” – free to change, that is, in the ways permitted by the Constitution.

Empowering five members of a nine-member Supreme Court to be the authors of those changes, however, was not one of those ways. And it assuredly is not a way that is more representative of the many citizens of our diverse country.

How can anyone ignore Justice Scalia’s concerns today?

The most recent presidential election, by too many accounts to deny, turned on a lot of Americans understandably treating their vote for the president of the United States as a proxy to fill one seat on a nine-member court – the vacancy left by Justice Scalia’s death.

Justice Scalia had long warned about the danger of allowing federal judges to expand or contract the Constitution based on their own policy preferences and of politicizing the judiciary in the process.

Ardent as Justice Scalia was about the stakes of constitutional debate, he did not let that interfere with relationships.

Some of his closest friends on the court were colleagues with whom he vigorously disagreed.

How inspiring in these polarized times that many Americans, and nearly all American judges, know that Justice Scalia attended one opera after another with Justice Ruth Bader Ginsburg and taught Justice Kagan how to hunt.

Who can say what showed more collegiality: enduring 35 years of long, difficult-to-follow operas, or teaching a potential adversary how to use a gun?

Justice Scalia’s writings, best of all, let the world know how he should be judged. With his clarity of thought and facility with language came a transparency of method.

The justice left little doubt about how the Scalia scorecard worked – what the benchmarks were for a fair decision in the case at hand and for equal treatment between that case and the next one down the road.

It’s one thing to say that justice is blind. It’s quite another to prove it by treating seen and unseen cases alike.

See for yourself how he did, and see what our Constitution meant to one of its foremost interpreters.