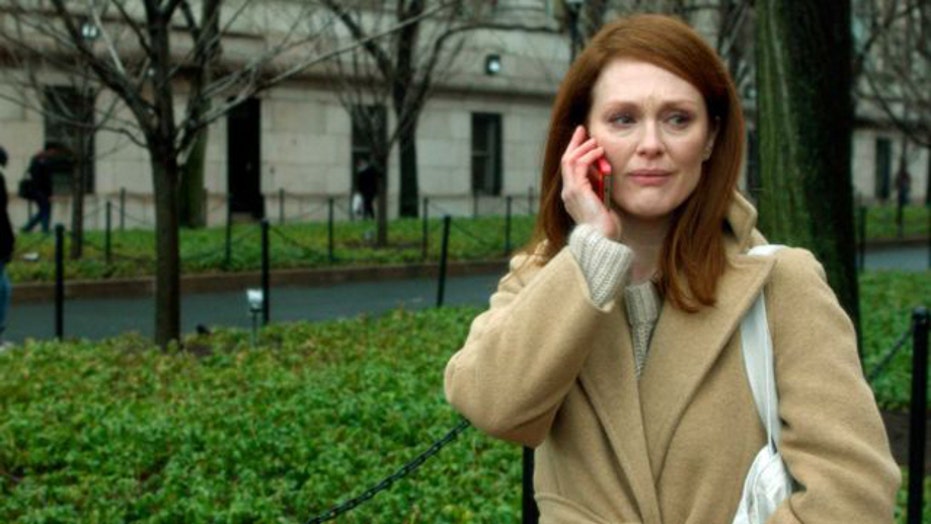 Editor's note: The following commentary first appeared in The Washington Times and on WashingtonTimes.com.

Actress Julianne Moore’s declaration last week to The Hollywood Reporter that she doesn’t believe in God is making some news, and getting her roundly condemned on social media by many who purport to be people of faith.

When I heard her somewhat odd confession, I was at first quite sad and certainly disappointed, but not surprised.

Being a native of Los Angeles, many in my social circle have been in entertainment, and I know many actors. The narcissism of some contributes to a basic inability to believe there is something beyond themselves.

Many Americans automatically dismiss the ramblings of actors, already seen as self-indulgent and disconnected from reality. But the Hollywood set is an important one to pay attention to, not only because they illustrate and influence the condition of our culture, but they can serve as an education regarding the state of the human condition.

In Ms. Moore’s case, the title of the article itself, “Julianne Moore believes in therapy, not God (and definitely not guns),” previews a profile that attempts to cast her as a thoughtful, realistic woman who, after a difficult childhood, found success, love and happiness. After she went to therapy and decided there is no God, that life is chaos, and is only meaningful because we make it so.

It felt like they wanted you to imagine Julianne Moore as a godless Mary Tyler Moore, throwing her hat up into the air, with the “You’re gonna make it after all!” theme music blaring in the background.

Perhaps in an effort to cast her as an intellectual or as someone who has found the magic elixir to life, we’re told:

“She returns over and over to the theme of impermanence. She says she doesn’t believe in God and has a strong sense that meaning is imposed on a chaotic world. “I learned when my mother died five years ago that there is no ‘there’ there,” she reflects. “Structure, it’s all imposed. We impose order and narrative on everything in order to understand it. Otherwise, there’s nothing but chaos.”

I found that comment deeply saddening and a predictable reaction by a woman damaged by what life presents her. But the reaction by conservatives in social media has, for the most part, been cruel and derisive.

Liberals in Hollywood, understandably, start with a serious trust deficit with Americans, and her own comments could easily cast Ms. Moore as a caricature of what we have come to expect from Hollywood liberals — so enamored with their navel lint they never look up to see beyond themselves.

But the more generous reaction is one of pity, not borne of moral superiority, but of genuine concern. Here is a 54-year-old woman who had a difficult childhood, but found happiness and success as an adult, leading what most would consider a charmed life. She is beautiful, creative, talented, with a successful marriage, children, a career, wealth and fame. And yet, despite all that, she is unable to grasp the simplest and most exciting thing that surrounds every moment of our existence — its supernatural nature.

The impact of a difficult childhood and Ms. Moore’s reaction to her mother’s death is likely familiar territory for many of us. The loss of a loved one can shake any sense of faith, especially if it’s based in the notion of God being a supreme father-like figure who is intimately involved in the personal details of our lives. It returns our critical minds to this question: If God is just and kind, how can so many awful things happen?

While theologians are better equipped to answer that question, I have come to realize that divine intervention is the gift of life in and of itself, and the choices we make in this unpredictable and often bizarre experience called life is the test.

Expectations of order or fairness, or micromanagement of our daily lives by a deity, imposes the human condition onto something so transcendent, so fantastical, it ultimately diminishes our view of the divine. In the process, we make God so much like ourselves there’s really no reason to take faith, or the divine, seriously.

While I have serious issues with organized religion, I enjoy a personal relationship with God, and see each day, especially as ordinary as it is, as a supernatural occurrence.

And while I agree with Ms. Moore that we do impose order on what we experience, it is precisely because what is truly happening is beyond our comprehension.

Love is another one of those human experiences that is also baffling and yet elevates our experience beyond ourselves to the sublime specifically because it’s such a mystery.

It should also make a woman like Ms. Moore, and those struggling like her, even more worthy of our compassion.

I have found the more complicated route more rewarding, requiring the constant effort (with only occasional success) at contemplating the beauty of life and of love per se.

You work for one of those moments when, for a millisecond, everything makes sense, providing the comfort of inherently knowing something much larger, and important, than you is afoot.