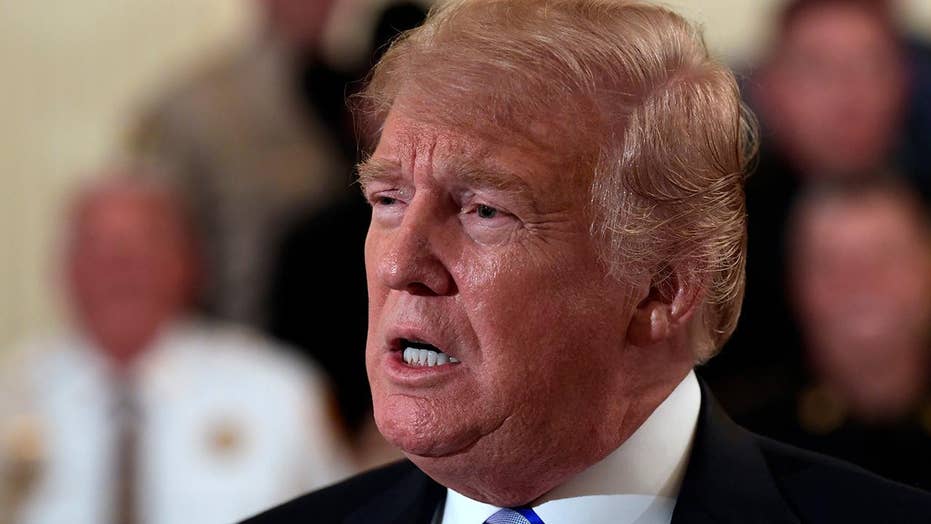 I worked at The New York Times for most of my career. I know the paper. The editorial section, which is separate from the news section, would not have published an anonymous op-ed without the consent of the publisher and a consensus among editorial page editors that the views expressed about President Trump needed to be heard.

But was that the right call?

The extraordinary column was published Wednesday, a day after initial excerpts emerged from Bob Woodward’s new book, “Fear: Trump in the White House.”

Some say the essay was the pathetic “me too” effort by The New York Times to match the scoops in Woodward’s book published in The Washington Post.

Others say the op-ed just reiterated what most people who have been watching this White House closely already know: This is a president like no other. The op-ed reinforced the book’s disturbing portrait of a vain, venal, volatile man who has a vague relationship with the truth in a nation’s capital that has become “crazytown.”

That is not new. But the fact that someone senior in the Trump administration claims to be part of an internal “resistance” dedicated to thwarting parts of the president’s agenda and protecting the nation “against his worst inclinations” is news. So is the fact that the author of the op-ed was willing to say so in one of the nation’s most influential newspapers.

In my view, with some reservations, those sentiments merited publication.

Make no mistake. Publishing such an anonymous essay was an unusual, though not unprecedented decision by the newspaper of record.

And people who agree with President Trump that the anonymous assault was “cowardly” have a point when they argue that its author should have resigned, or accept being fired rather than continue working for a president he or she believes is “impetuous, adversarial, petty and ineffective.”

Imagine what Democrats would have said had if someone in President Obama’s inner circle had publicly denounced his missteps or character flaws with similar disdain.

The New York Times has been struggling, as have other newspapers, with how to cover Donald Trump since the early days of his candidacy.

“If you’re a working journalist and you believe that Donald J. Trump is a demagogue playing to the nation’s worst racist and nationalistic tendencies, that he cozies up to anti-American dictators and that he would be dangerous with control of the United States nuclear codes, how the heck are you supposed to cover him?” Jim Rutenberg, now the paper’s media columnist, wrote in August 2016. It seemed inevitable, he wrote, that such journalists would become more “oppositional.”

Because so many reporters and editors see the president as ignorant, erratic, and hence, dangerous, their reporting has often reflected that view. So do the swipes and sneering at him that slip, almost unconsciously at times, into news stories that according to the paper’s tradition are supposed to contain facts, not opinion.

But opposition has also led Times reporters to uncover important facts about the president’s cozy relationships with dictators, his family’s and senior staff members’ conflicts of interest and self-dealing, and Special Counsel Robert Mueller’s ongoing investigation into Russia’s interference in the 2016 presidential election.

The paper’s coverage, along with that of most other legacy newspapers, has been overwhelmingly negative, President Trump’s supporters complain.

Even the unnamed essayist felt compelled to acknowledge the administration’s accomplishments – “effective deregulation, historic tax reform, a more robust military and more.” But such achievements were made “despite – not because of the president’s leadership style,” the author added in his or her devastating critique.

Of course, President Trump is furious. But what haunts some of us is not the supposedly “fake news” about him reported by the press, but the president’s own actions.

President Trump’s missteps – ripping children from their parents’ arms at the border, dissing America’s intelligence community and siding with Russian President Vladimir Putin at the press conference after their summit in Helsinki, his ugly tweets during Sen. John McCain funeral – reveal who the “real” Donald Trump is.

Even though the economy is growing impressively and employment is rising, the president’s sinking poll numbers – despite his false claims to have the best polls and greatest popularity ever – suggest that some Americans are beginning to sour on his non-stop reality show. They will make the ultimate call on his presidency. And we’ll begin to see their verdict in November.