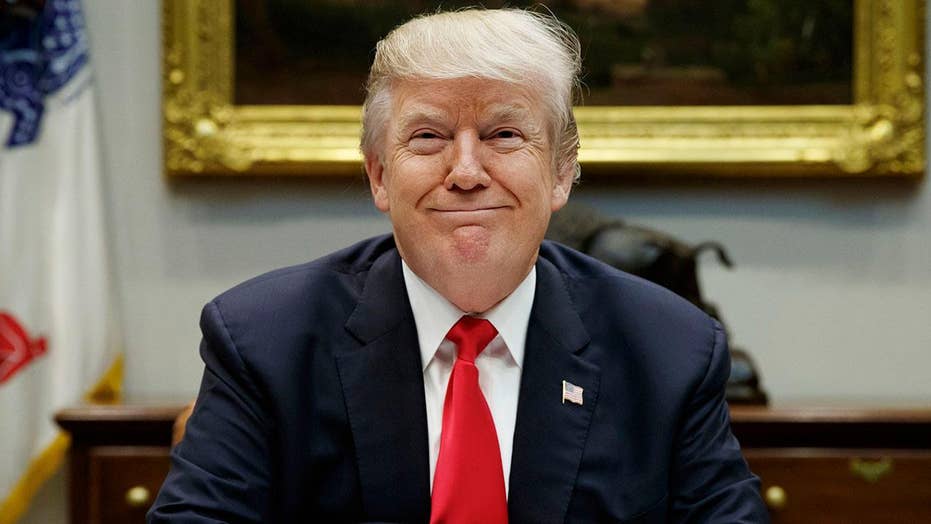 Why now? That’s the question being asked in Arab capitals, at the Vatican, at the United Nations, and even in Washington, after President Donald Trump declared that the United States would recognize Jerusalem as Israel’s capital and move the U.S. Embassy there from Tel Aviv. Calling it “long overdue,” Trump described his decision as the fulfillment of a campaign pledge and “nothing more or less than a recognition of reality.” Thanking him, Israeli president Benjamin Netanyahu agreed: “Jerusalem,” he tweeted, “has been the capital of the Jewish people for 3,000 years.” Israel’s Knesset, its parliament, is in West Jerusalem. So are its Supreme Court, its key ministries, and most key official institutions. Trump maintained that the dramatic step, endorsed by Congress in 1995 but consistently avoided by his White House predecessors, would not damage the search for a peaceful resolution of the Palestinian-Israeli conflict or change the status of Jerusalem’s geographic and political borders. Those issues would still have to be agreed upon by Israel and the Palestinians, the White House said.

Initial responses were angry and swift, albeit predictable. Palestinian leader Mahmoud Abbas, calling for three “days of rage” to protest the move, said that the U.S. had disqualified itself as a neutral broker between the Palestinians and Israelis. So did militant Islamic leaders of Hamas, which rules Gaza and which the State Department has designated as a terrorist group. Eighteen countries also denounced the change, including some of America’s usually more dependable allies. British prime minister Theresa May called Trump’s decision “unhelpful in the pursuit of peace.” Saying he “cannot remain silent,” Pope Francis worried that the move would spark new tension and violence in the city revered by Jews, Christians, and Muslims. United Nations Secretary General António Guterres also expressed alarm.

Perhaps of greater concern was the reaction from Saudi Arabia, Egypt, and Jordan, all key players in the search for what Trump has called the “ultimate deal”—a solution to the Arab-Israeli conflict—and vital allies in the United States’ war on ISIS and Islamic extremism. All three, but particularly Saudi Crown Prince and de facto ruler Mohammed bin Salman, have worked closely with Jared Kushner, Trump’s son-in-law and prime Middle East envoy. Administration officials recently promised that Trump would unveil Middle East peace plans soon. Given that ambitious and, some critics say, improbable diplomatic goal, wrote Aaron David Miller, a former U.S. Middle East peace negotiator, “it's even more curious that Trump, seemingly committed to ending the Israeli-Palestinian conflict, would want to inject the Jerusalem issue into the mix right now.” Secretary of State Rex Tillerson and Defense Secretary James Mattis reportedly advised Trump against the announcement, warning that it would undermine American security interests in the region and efforts to negotiate a solution. While Trump stressed that he remained fully committed to the search for peace, his recognition of Jerusalem seems to complicate the political fortunes of the Arab allies whom he needs to accomplish his broader objective of defeating ISIS and weakening Iran.