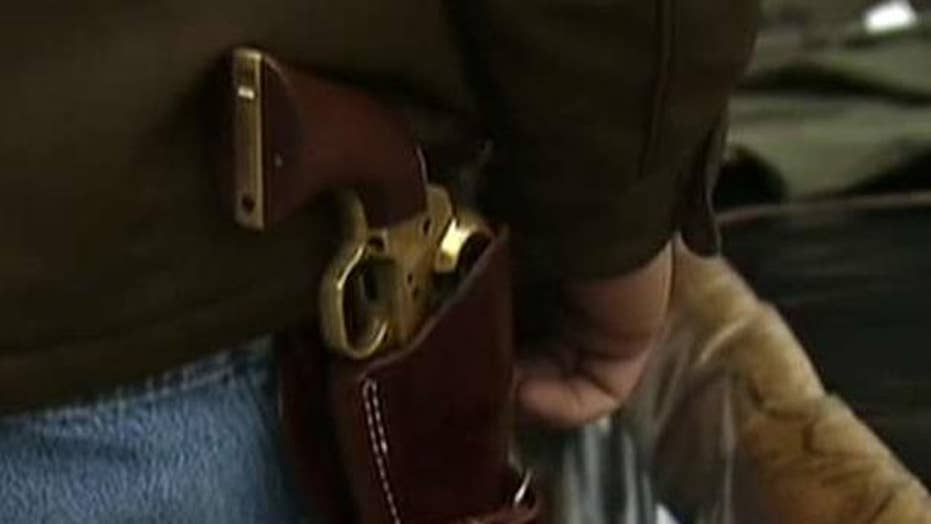 President Obama announced Tuesday that he is issuing an executive order on guns and background checks. Here’s a look at what the president is doing and if it is even legal under the Constitution of the United States.

President Obama has very little room to issue executive orders on guns because the congressional legislation is so extensive, detailed, and clear. The principal thrust of the president’s orders addresses the requirement for background checks in occasional sales and the requirement that occasional sellers become federal licensees and the imposition of reporting upon physicians.

Congress has expressly removed occasional sales (sales not made by full-time dealers) from the obligation of obtaining federal licenses and from conducting background checks.

The president is without authority to negate the congressional will on this, and any attempt to do so will be invalidated by the courts. Mr. Obama will now require that anyone who sells a gun, that is even an “occasional” seller will be required to perform a background check. By defining what an “occasional seller” is, the president is essentially interpreting the law, a job reserved for the courts.

The courts will ignore his interpretation, and impose their own.

As well, by requiring physicians to report conversations with their patients about guns to the Department of Homeland Security, (yes, even an innocent conversation in the examination room, “we gave Bobby a bee bee gun for Christmas, we plan to get him some instruction on how to use it”) the president will be encouraging our government to invade the patient/physician privilege.

But wait, there’s more. The Supreme Court has made it clear that the right to keep and bear arms is a fundamental liberty. Under the Constitution, fundamental liberities (like speech, press, worship, self-defense, travel, privacy) are accorded the highest protection from governmental intrusion.

One can only lose a fundamental right by intentionally giving it up, or via due process (a jury trial resulting in the conviction of criminal behavior). President Obama --  whose support for the right to keep and bear arms is constitutionally limited to the military, police, and his own heavily-armed body guards --  is happy to begin taking America to a slippery slope down the dark hole of totalitarianism whereby a president can negate liberty.

Finally, we still have a Constitution in America. Under the Constitution, Congress writes the laws, the president enforces them, and the courts interpret them.

President Obama can no more write his own laws or impose his own interpretations upon them than the Congress or the courts can command the military.