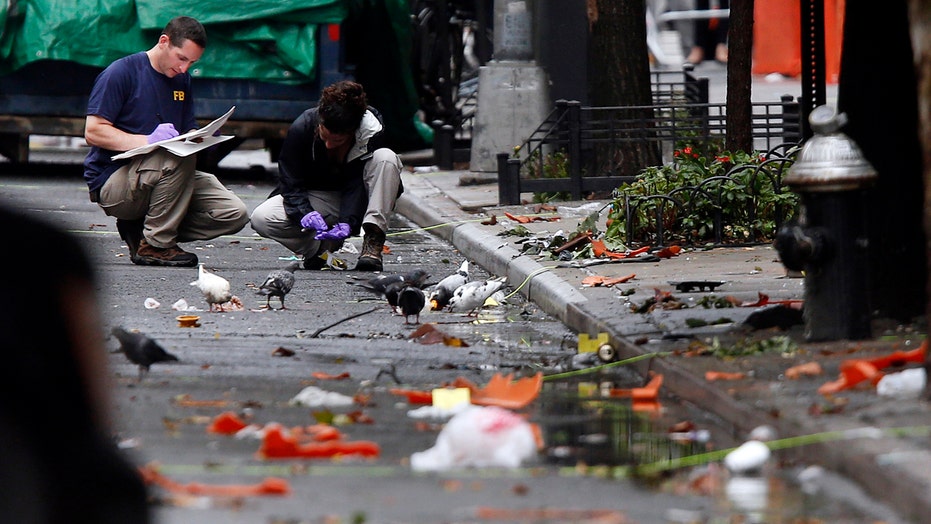 Napolitano: Terror attacks should never strip us of liberty

Judge Napolitano's Chambers: Judge Andrew Napolitano reacts to lawmakers' calls to strip the NYC bomber of his rights and not prosecute him as a United States citizen

The clash in American history between liberty and safety is as old as the republic itself. As far back as 1798, notwithstanding the lofty goals and individualistic values of the Declaration of Independence and the Constitution, the same generation -- in some cases the same human beings -- that wrote in the First Amendment that “Congress shall make no law … abridging the freedom of speech” enacted the Alien and Sedition Acts, which punished speech critical of the government.

Similarly, the Fifth Amendment’s guarantee of due process has been ignored by those in government charged with enforcing it when they deal with a criminal defendant whom they perceive the public hates or fears. So it should come as no surprise that no sooner had the suspect in the recent New Jersey and New York City bombings been arrested than public calls came to strip him of his rights, send him to Gitmo and extract information from him. This is more Vladimir Putin than James Madison.

I have often argued that it is in times of fear -- whether generated by outside forces or by the government itself -- when we need to be most vigilant about protecting our liberties. I make this argument because when people are afraid, it is human nature for them to accept curtailment of their liberties -- whether it be speech or travel or privacy or due process -- if they become convinced that the curtailment will keep them safe. But these liberties are natural rights, integral to all rational people and not subject to the government’s whim.

The idea that sacrificing liberty actually enhances safety enjoys widespread acceptance but is erroneous. The Fort Hood massacre, the Boston Marathon killings, the slaughters in San Bernardino and Orlando, and now the bombings in New Jersey and New York all demonstrate that the loss of liberty does not bring about more safety.

The loss of liberty gives folks the false impression that the government is doing something -- anything -- to keep us safe. That impression is a false one because in fact it is making us less safe, since a government intent on monitoring our every move and communication loses sight of the moves and communications of the bad guys. As well, liberty lost is rarely returned. The Patriot Act, which permits federal agents to bypass the courts and issue their own search warrants, has had three sunsets since 2001, only to be re-enacted just prior to the onset of each -- and re-enacted in a more oppressive version, giving the government more power to interfere with liberty, and for a longer period of time each time.

We know from the Edward Snowden revelations and the National Security Agency’s own admissions that the NSA has the digital versions -- in real time -- of all telephone calls, text messages and emails made, sent or received in the U.S. So if the right person is under arrest for the bombings last weekend, why didn’t the feds catch this radicalized U.S. citizen and longtime New Jersey resident before he set off his homemade bombs? Because the government suffers from, among other ailments, information overload. It is spread too thin. It is more concerned with gathering everything it can about everyone -- “collect it all,” one NSA email instructed agents -- than it is with focusing on potential evildoers as the Fourth Amendment requires.

Why do we have constitutional guarantees of liberty?

The Constitution both establishes the federal government and confines it. It presents intentional obstacles in the path of the government. Without those obstacles, we might be safe from domestic harm, but who would keep us safe from the government? Who would want to live here if we had no meaningful, enforceable guarantees of personal liberties? When our liberties are subject to the needs of the police, we will end up in a police state. What does a police state look like? It looks like the Holocaust and communism.

Everyone who works in government has taken an oath to uphold the Constitution. Hence, it is distressing to hear lawmakers calling for the abolition of due process for certain hateful and hurtful defendants. Due process -- fairness from the government, the right to silence, the right to counsel and the right to a jury trial with the full panoply of constitutional requirements and protections -- is vital to our personal liberties and to our free society as we have known it.

If anyone who appears to have been motivated to attack Americans or American values based on some alleged or even proven foreign motivation could be denied the rights guaranteed to him under the Constitution by a government determination before trial, then no one’s rights are safe.

The whole purpose of the guarantee of due process is to insulate our liberties from subjective government interference by requiring it in all instances when the government wants life, liberty or property -- hence the clear language of the Fifth Amendment. The star chamber suggested by those who misunderstand the concept of guaranteed rights is reminiscent of what King George III did to the colonists, which was expressly condemned in the Declaration of Independence and which sparked the American Revolution.

Supreme Court Justice Felix Frankfurter once wrote that the history of American freedom is, in no small measure, following fair procedures -- which means enforcing the guarantee of due process. Without due process for those we hate and fear -- even those whose guilt is obvious -- we will all lose our freedoms.