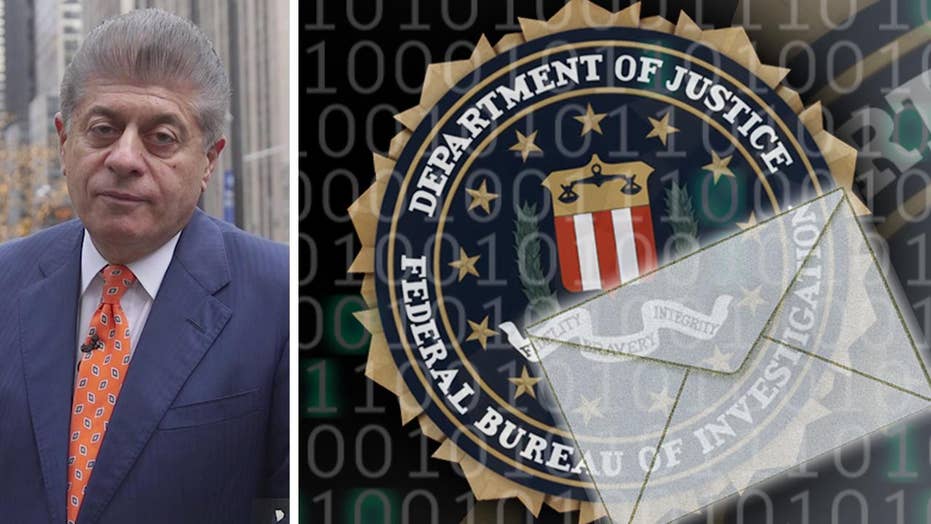 Can the FBI get away with getting Trump team emails?

Within hours of his victory in last year's presidential election, Donald Trump dispatched his lawyers to establish a nonprofit corporation to manage his transition from private life to the presidency. This was done pursuant to a federal statute that provides for taxpayer-funded assistance to the newly elected -- but not yet inaugurated -- president. The statutory term for the corporation is the presidential transition team, or PTT.

In addition to paying the PTT’s bills, the General Services Administration, which manages all nonmilitary federal property, provided the PTT with government computers, software and a computer service provider. During the course of the PTT's existence, the folks who worked for it sent or received tens of thousands of emails. The PTT ceased to exist upon Trump’s inauguration, and a receiver was hired to wind it down.

Last weekend, a lawyer for the receiver revealed a letter he sent to Congress complaining that special counsel Robert Mueller -- who is investigating whether there was any agreement between the Trump campaign and the Kremlin that resulted in the now-well-known efforts by Russian intelligence to affect the outcome of the 2016 presidential election -- dispatched FBI agents to the GSA looking for copies of all the PTT's emails and that the GSA surrendered them.

When the FBI is looking for documents or tangible things, it has several legal tools available. They range in their disruptive nature from a simple request to a grand jury subpoena to a judicially authorized search warrant.

The FBI request is the easiest for the government, and if FBI agents ask you for something and you give it to them, you cannot later be heard to complain that your privacy rights regarding the things you surrendered were violated. If they seize your documents pursuant to a subpoena or a warrant, they normally get to use what they have seized.

The issue becomes more complex when the FBI comes calling for documents of yours that are legally in the hands of a custodian -- such as your physician, lawyer, banker or accountant. In the case of Trump's PTT and Mueller's wish for all PTT emails, the sought-after data -- the electronic copies of all the PTT's emails -- were in custody of the GSA.

Anyone who has ever used a GSA computer is familiar with the warning that appears on the screen at the time of each use. It says that there is no right to privacy in the communications sent or received, as the electronic versions of those communications are the property of the federal government. This, no doubt, is the reason Hillary Clinton infamously used her husband’s computer servers during her four years at the State Department rather than the government’s.

We do not know whether Mueller’s FBI agents merely requested the electronic data from the GSA or his prosecutors obtained a grand jury subpoena. If it was a simple FBI request and if the GSA simply complied, that was a lawful acquisition by the FBI of the PTT emails, yet in that case, the GSA violated its fiduciary duty to inform the PTT of the request before it complied with it.

If the FBI came calling on the GSA with a grand jury subpoena, that means Mueller’s team must have presented evidence under oath to a grand jury and demonstrated that the sought-after items would more likely than not be helpful to the investigation. When a grand jury issues a subpoena to a custodian of records -- no matter who the custodian is -- it is the moral and fiduciary duty of the custodian, not the government, to inform the owner of the subpoenaed items that a subpoena has been received.

In some cases, it is also the legal duty of the custodian to inform the owner, but it apparently was not in this case. As far as we can tell, there was no written agreement between the GSA and the PTT requiring the GSA to inform the PTT of any document requests or subpoenas. Had such a request been revealed, the lawyer for the receiver of the PTT would have had an opportunity to challenge the government before a judge. Without that notice, there is no time for the challenge.

Until 1986, it was the duty of the government when seeking documents or tangible things from a custodian to inform the owner, as well as the custodian, of its intent. That fair procedure gave the owner of the records time to challenge the government before a judge. But the Electronic Communications Privacy Act of 1986 (which has nothing whatsoever to do with protecting privacy), enacted at the dawn of the digital age, did away with that requirement.

Now if the custodian remains silent in the face of an FBI request or a grand jury subpoena, the owner of the documents loses his opportunity to keep them from the government. That is what happened here.

But there is more.

The practical effect of Mueller’s acquisition of the transition emails could be devastating to White House staff who once worked for the transition. Many of them have been interviewed by the FBI while no doubt being ignorant of the fact that the FBI had read their emails.

Stated differently, the FBI was in a position to lead Trump White House staff members into a lying trap -- just as it did with retired Lt. Gen. Michael Flynn -- by asking them questions to which the FBI already had the answers.

Lying traps are reprehensible, but they're lawful. And they are not unique to Mueller's practices; it is the way the feds work today.

Can the FBI get away with getting the Trump team’s emails? In a word: yes. This investigation is not going away soon.