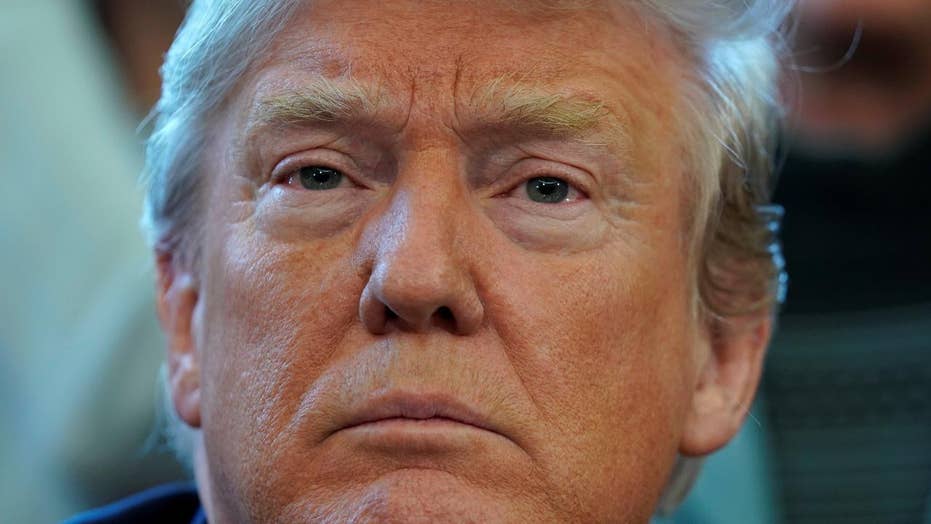 Judge Napolitano's Chambers: Judge Andrew Napolitano explains why it was legal for the FBI to raid Trump's lawyer Michael Cohen's office, but why the raid is not the real threat to the president.

In the midst of worrying about North Korea, Syria and Democrats taking control of the House of Representatives this fall, President Donald Trump is now worrying about a government assault on his own business, which targeted his own lawyer.

Michael Cohen has been the personal lawyer for Trump and for the Trump Organization -- the umbrella corporation through which Trump owns or manages nearly all entities that bear his name -- for many years. Cohen is so closely connected to the Trump Organization that one of his two law offices is located on the 26th floor of Trump Tower, just a few doors from the corner office formerly occupied by Trump himself.

On Monday, shortly before dawn, a team of FBI agents bearing a search warrant from a federal judge broke in to the offices of the Trump Organization and removed computers, files, tax returns and telephones from Cohen’s office. At about the same time, three other teams of FBI agents performed raids. One was at another of Cohen’s offices a few blocks away, and his vacant New York City apartment and hotel rooms he had been occupying were searched, too; and agents also seized personal and professional files and equipment from those venues.

Did the FBI lawfully break in to the headquarters of the president’s family business and cart away files and equipment from his lawyer, as well as legal and financial files of the president himself? The short answer is: yes.

In October 2016, when the federal government began its investigation of alleged attempts by the Russian government to interfere with the 2016 presidential election, then-Attorney General Loretta Lynch managed the work.

After Trump became president and Jeff Sessions became attorney general and Sessions recused himself from this investigation, the No. 2 person in the Department of Justice appointed former FBI Director Robert Mueller as special counsel in charge of the Russia investigation. The investigation in Washington is 18 months old and has been run by Mueller for about 11 months.

If a criminal investigation stumbles upon evidence of crimes substantially removed by geography or subject matter from the location and principal responsibilities of the investigation, it is the prosecutors’ duty either to prosecute those crimes if feasible or to pass whatever evidence has been found on to another prosecutor closer to the place of the alleged crime.

Sometimes, keeping that evidence is a temptation too great to resist. That’s because one of the techniques that prosecutors in America use to gather evidence about a crime is to indict those at the fringes of the behavior they are investigating and then attempt, by coercion and bribery, to turn those indicted individuals into cooperating witnesses. Sometimes the indicted crime is truly at the fringes, both rationally and geographically. But the targets of these fringe prosecutions are rarely attorneys who are representing a person who is a subject of the investigation.

Though Cohen does not represent Trump in the Mueller investigation, he does represent him in nearly all other legal matters, and his files contain a treasure-trove of confidential and financial materials from and about Trump. Judges are very reluctant to sign search warrants authorizing the seizure of legal files, with two exceptions.

The first is the so-called crime/fraud exception. Under this rule, if the client is using his confidential communications with his lawyer to further an ongoing crime, fraud or tort, the communications are not privileged, and evidence of them may be seized.

The other exception is the independent criminal activity of the lawyer. That appears to be the case here. It seems that Cohen -- who claims he borrowed $130,000 from a bank to pay an adult-film actress to remain silent about her relationship to Trump, which Trump denies was sexual -- did not tell the bank from which he borrowed the funds the true purpose of the loan.

If so, that may be evidence of bank fraud on Cohen’s part. If he wired those funds over interstate lines, that is evidence of wire fraud. If he used the U.S. Postal Service to facilitate a material part of the deal with the actress, that would be considered mail fraud. Each of these fraud charges carries a prison term of five years.

When FBI agents arrive for a raid, they rarely take the time to examine fully all the documents they have seized -- even if the documents are protected by the attorney-client privilege and even if the client is the president of the United States. Needless to say, there are safeguards in place to prevent the prosecutors who dispatched the agents from viewing the privileged materials.

When Mueller in Washington came upon evidence of Cohen’s bank fraud in Manhattan, he passed it along to the U.S. attorney’s office in Manhattan. That office -- not Mueller -- examined the evidence and obtained the search warrants for Cohen’s personal and professional premises, authorized the raids of those premises and received the fruits of the raids.

What will become of Cohen? Federal prosecutors in Manhattan will now decide whether to ask a grand jury to indict him on the fraud charges, and if he is indicted, Mueller will enter the picture looking to make a deal.

All of this has understandably infuriated Trump. His rights as a client were violated. His attorney of many years and on many matters will soon be a defendant. Can Trump restrain himself from offering to pardon those who could harm him or firing those who are tormenting him or waging war against real or imagined enemies? Will his anger, frustration and disgust at the violation of his financial and personal privacy push him and America into what even congressional Republicans fear would be a constitutional crisis?

The potential failure of self-restraint is the real threat he now faces.