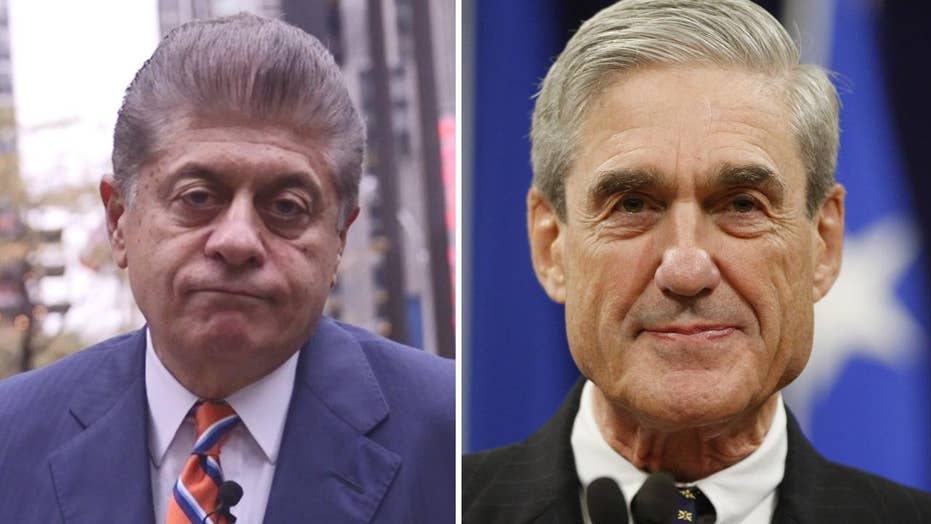 Earlier this week, the government revealed that a grand jury sitting in Washington, D.C., indicted a former Trump presidential campaign chairman and his former deputy and business partner for numerous felonies.

The financial crimes are alleged to have occurred from 2008 to 2014, and the obstruction charges from 2014 to 2017. At the same time it announced the above, the government revealed that a low-level former foreign policy adviser to the Trump campaign, George Papadopoulos, had pleaded guilty to lying to the FBI and become a government witness.

Does any of this relate to President Donald Trump? Here is the back story.

At the same time that Paul Manafort and his business partner Rick Gates were guiding the Trump campaign in the summer of 2016, Russian agents were manipulating American social media sites so as to arouse chaos in general and animosity toward Hillary Clinton in particular. The Department of Justice appointed former FBI Director Robert Mueller as independent counsel to determine whether any Americans had criminally helped the Russians.

The alleged crimes of Manafort and Gates appear to have nothing to do with Trump, nor have they any facial relationship to the Russians. So why were these two indicted by a grand jury hearing evidence about alleged American assistance to Russian interference with the 2016 presidential campaign?

When prosecutors confront a complex series of potentially criminal events, they often do not know at the outset of their investigation where the evidence will lead them. Sometimes they come upon a person who they believe has knowledge of facts they seek and that person declines to speak with them. Such a refusal to speak to the government is perfectly lawful in America, yet it often triggers a prosecution of the potential witness so that prosecutors may squeeze him -- not literally, of course -- for evidence to which they believe he can lead them.

The ultimate target of Mueller’s investigation is President Trump. It is standard operating procedure when prosecutors have a high-level target to charge those below the target with something just to get them to cooperate. Though the charges against Manafort and Gates need not be related to the Russians or to Trump, they must be real. It's clear they are, as each is facing more than 20 years in prison. Mueller believes that that prospect is enough to dispatch their lawyers to make deals with him.

The danger of such a deal is that Manafort and Gates may offer to tell Mueller what they think he wants to hear -- even if it is not truthful -- so that they can have their prison exposure lessened.

There is more danger in the seemingly smallest of this week’s Mueller-generated events. Papadopoulos was interviewed voluntarily by the FBI on Jan. 27. He was arrested on July 27 for lying to FBI agents during that interview. In a secret federal court proceeding on Oct. 5, he pleaded guilty.

In a profound miscarriage of justice, federal law permits FBI agents to lie to us but makes it a crime for us to lie to them. Nevertheless, why was the Papadopoulos guilty plea kept secret? What was he doing between his arrest and his plea and between his plea and its revelation?

Judges are very reluctant to close their courtroom doors in any criminal proceeding, even if both the prosecutors and the defense counsel request it. The public has a right to know whom the government is prosecuting and what deals or punishments it may be obtaining. Yet if prosecutors can convince a judge that public knowledge of the existence of a guilty plea might harm an ongoing criminal investigation, the judge can keep the plea secret.

That is apparently what happened here. It appears that Papadopoulos was gathering evidence for Mueller, probably by talking to his former Trump campaign colleagues while wired -- a process that would have been fruitless if his guilty plea had become public.

Because Papadopoulos admitted under oath that he lied to FBI agents, the courts will treat his guilt as certain. That gives Mueller great leverage with him. It also gives Papadopoulos great incentive to help Mueller -- truthfully or not -- because he knows he is going to federal prison. He also knows that if Mueller likes what he hears, a five-year prison term could be reduced to six months.

Hence, Papadopoulos could be a treasure-trove for Mueller on the production of any evidence linking the Trump campaign and the Russians and any evidence of Trump’s personal knowledge or acquiescence. Papadopoulos has already produced a wild tale about meetings with a Russian professor and a female Russian government agent in London that the FBI apparently believes.

Is this any way to conduct a prosecution?

I have argued for years that squeezing defendants and witnesses by threats and promises to get them to spill the beans is a form of extortion or bribery -- not much different from the extortion and bribery that the government regularly prosecutes. "You tell us what we want to hear and we will ask a judge to go easy on you. If not, you will suffer great losses." It is bad enough that the feds can legally lie to us and get away with it, but can they also legally threaten and bribe witnesses to testify against us and get away with it? Can they do this to the president?

In a word, yes. My arguments have fallen on deaf ears. Squeezing witnesses and defendants is a way of life for federal prosecutors. For the president, it is the tip of a dangerous iceberg.