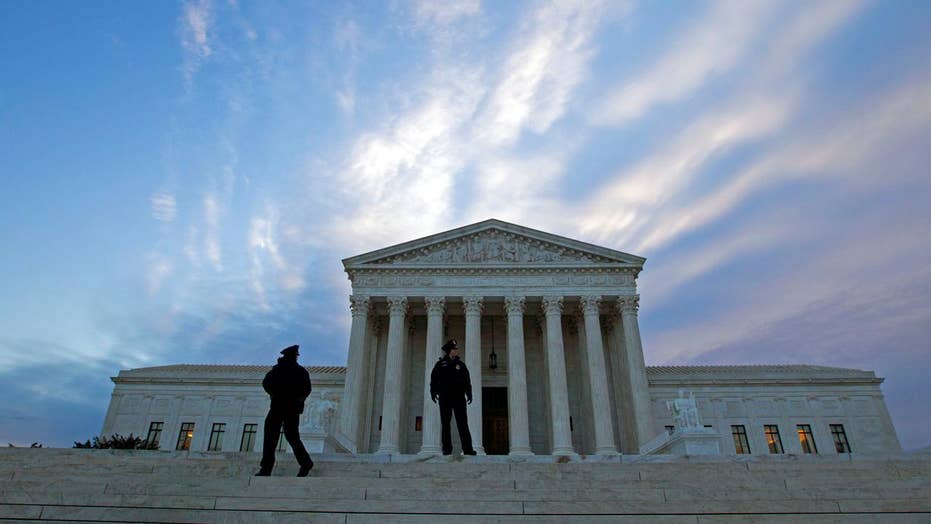 Here’s the dangerous state of play on the political chessboard as the battle over President Trump’s nominee for the Supreme Court intensifies.

If he moves to employ a filibuster against the nominee, federal Judge Neil Gorsuch, he opens the door to a devastating counter: The so-called “nuclear option,” whereby the GOP could change the rules and end the use of filibusters against Supreme Court nominees.

On the right side of the board, Senate Majority Leader Mitch McConnell (R-Ky.), with 52 votes, sees the opening. But he also knows if he makes that move, it will have consequences far beyond this game.

It will give added energy to Democrats going into the 2018 midterm elections, possibly hurting Republican efforts to grow their Senate majority. And there is an even greater danger for McConnell. He could go down in history as the man who blew up the Senate, destroying an institution that first met in 1789.

Staring across the board at each other, Schumer and McConnell are looking for a way out.

Schumer is trying to persuade onlookers and McConnell that any nominee who can’t get 60 votes for confirmation is not a good candidate.

“There will be 60 votes for confirmation,” Schumer said on the Senate floor last week. “On a subject as important as a Supreme Court nomination, bipartisan support should be a prerequisite. It should be essential. That's what 60 votes does.”

Meanwhile, McConnell is content to wait and see what comes of Schumer’s move. But history and the populist rage on the right — typified by President Trump’s election — is making him sweat.

First, there is history: “Without [the filibuster rule], the majority in the Senate will do what majorities do – take full control,” historian Richard Arenberg recently wrote in The New York Times. “The Senate will become another House of Representatives.”

A broken Senate will facilitate the “tyranny of the majority,” that John Adams warned against in the early days of the republic.

Trump and his populist movement are not focused on Senate history. Trump wants his man on the high court now.

“If we end up with that gridlock, I’d say, ‘If you can, Mitch, go nuclear,’” Trump told reporters last week. He was clear that his focus is solely on winning confirmation when he added that it “would be an absolute shame if a man [Gorsuch] of this quality” gets “caught up in this web” of Senate politics.

But McConnell is a man of the Senate. He is a Republican – not a populist. The Senate is where his legacy will be made. He heard Trump’s disdain for the entire Washington political establishment in the president’s inaugural speech.

“What truly matters is not which party controls our government,” Trump said, dismissing the Republicans as well as the Democrats on Inauguration Day, “but whether our government is controlled by the people.”

Trump also knows that if McConnell lowers the threshold to 51 votes for a Gorsuch nomination, he will have a clear road ahead for future nominees who have an even more hard-right pedigree.

Looking ahead, the president sees three possible Supreme Court openings in view. Justice Ruth Bader Ginsburg is 83; Justice Anthony Kennedy is 80; and Justice Stephen Breyer is 78. With the prospect of putting the gold “Trump” brand on the front of the Supreme Court for generations to come, the president is not concerned with damage to the Senate.

But there is concern over blowback from the populist left. That includes the possibility of creating what is being called a “Tea Party of the Left,” an energized Democratic opposition that will turn out in record numbers in the 2018 midterm elections and punish Republicans.

McConnell has a built-in advantage going into the midterms with Democrats having to defend 25 of 33 Senate seats up for election. In addition, Democratic-leaning groups typically do not turn out for midterms in the numbers seen at presidential-elections.

But that could change if liberal horror at Trump stays at its current level, or even grows. McConnell does not want to see his Senate majority become collateral damage to Trump’s presidency.

The anger building on the nation’s political left can be seen in the Senate.

Democratic Sen. Jeff Merkley (Ore.) says the open Supreme Court seat was “stolen” from then-President Obama long before Gorsuch was named. He is referring to the refusal of Senate Republicans to even give a hearing to Merrick Garland, the nominee Obama put forth in his last year in office. Merkley has been trying to rally Senate Democrats for an all-out filibuster on Trump’s nominee.

Merkely’s voice is close to the position taken by Republicans before last November’s election when it appeared that Democrat Hillary Clinton was likely to win. Sens. John McCain (R-Ariz.) and Ted Cruz (R-Texas) both said they could live with an empty seat on the nine-member court, allowing an even split of justices appointed by Republicans and Democrats to continue.

Democrats still reeling from Trump’s election are now demanding political payback for the treatment of Garland. They are looking for the Democratic leadership in Congress to match their outrage and avenge Garland by putting up a fight — even if they don’t win.

Schumer, in his new role as leader of the Democrats in Congress, knows the base of his party wants to see their leaders fight hard against a president many view as corrupt, radical and illegitimate.

For now, there is a waiting game on the Senate chess board.

The real story of the Gorsuch nomination is the prospect that it could cause the Senate permanent damage.