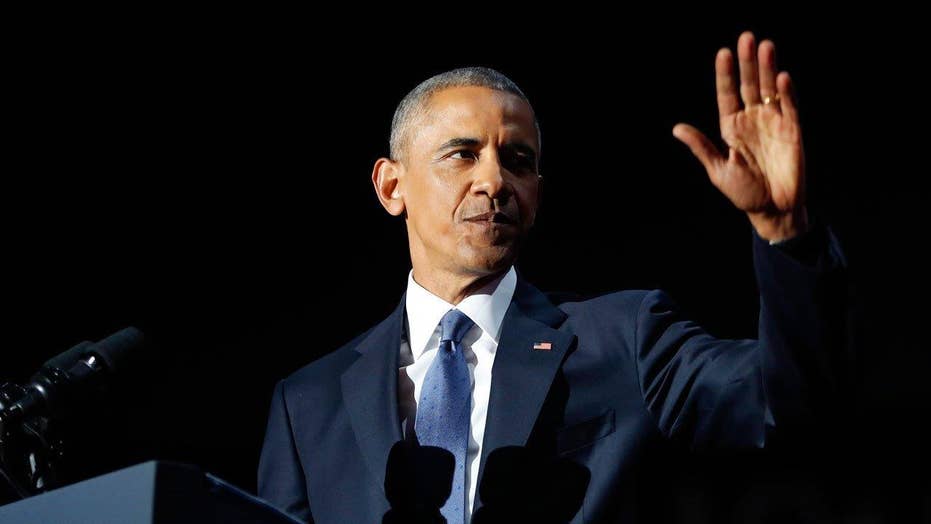 The following column originally appeared in The Hill newspaper and on TheHill.com.

Eight years ago this week, I cried.

I couldn’t hold back the tears as Barack Obama was inaugurated.

It’s all on tape.

I was on television doing political commentary for Fox News Channel. The emotional power of that historic moment was extraordinary. A web of thoughts encompassing everything from the Civil War to Martin Luther King Jr.’s “dream” came rushing up at me like a wave as Obama was sworn in as America’s first black president.

For a nation just a century and a half removed from slavery — and still a majority white country — to recognize a black man’s intelligence and character by electing him as our nation’s leader still strikes me as an incredibly potent event.

Last week, the emotions flowed again as President Obama, finishing his second term, made his farewell address. This time it was Obama who cried as he thanked his wife, Michelle, for her “grace” and “grit” as the first black First Lady.

What got to me emotionally last Tuesday night was when the president spoke about current race relations and the coming presidency of Donald Trump.

Obama said there was “talk of a post-racial America” at the time of his 2008 election but, eight years later, “race remains a potent and often divisive force in our society.”

Yet even with the rise of white nationalism in the 2016 election, Obama is steadfast in his belief that “race relations are better than they were 10 or 20 or 30 years ago, no matter what some folks say.”

To my ears, those words sounded like an updated version of the courageous civil rights-era anthem “We Shall Overcome, ” which was sung in optimism by activists even as they were beaten and jailed for demanding equal rights.

In the 2016 version, Obama is reviving the audacity of hope to pump up Americans who see the incoming Trump administration as a harbinger of a new, bleak era of racial division, anger at immigrants and the poor.

Obama challenged blacks, Latinos and Asians to make sure to include whites in their movement as they fight the political impulses encouraged by Trump’s insulting words about women, Mexicans, immigrants, blacks, and Muslims.

That means, he said, talking to “the middle-aged white guy who from the outside may seem like he’s got all the advantages, but has seen his world upended by economic and cultural and technological change. We have to pay attention and listen.”

When I saw Obama at the White House Christmas party, I asked him about the effect of television and radio broadcasts that divide Americans, liberal from conservative, urban from rural, affluent from poor, white from non-white: “It’s destroying the country,” he said.

In his farewell speech, the president lamented “the splintering of our media into a channel for every taste,” and quoted our first president, George Washington, as saying Americans needed to reject “the first dawning of every attempt to alienate any portion of our country from the rest…”

Among many people of all colors, but especially black and brown, it is hard to reconcile the president’s high approval rating and hopeful words with the cold hard fact that his successor will be Donald J. Trump.

They remember that Trump would never have become a national political figure had he had not stoked false, racist conspiracy theories about Obama’s legitimacy as president.

According to an Economist/YouGov survey taken last month, half of self-described Trump voters still believe Obama was born in Kenya. He was born in Hawaii.

The same Economist/YouGov survey found that 80 percent of Trump voters do not believe that Russia hacked Democratic Party emails to help Trump win.

Last week, in a contentious news conference, Trump finally acknowledged that the Russians are to blame. But his long denial has left his supporters dismissive of the facts of Russian foul play.

There is another ingredient in this combustible mix: Democrats are still smarting over the unprecedented, unyielding obstructionism of Obama by Senate Majority Leader Mitch McConnell (R-Ky.). Many on the left want to block Trump’s agenda as revenge for the conservative blockade of the first black president.

This week is supposed to be about hope and optimism for the nation’s future, celebrated with inaugural balls and parades.

But Trump’s divisive political language on race and immigration makes me sad. Polls taken when Obama was inaugurated showed lots of optimism.

In his inaugural address, I’m praying to hear Trump speak to his trouble with the third of the nation made up of racial minorities and immigrants.

Trump can meet with black celebrities such as Steve Harvey all he likes. Given his past words, I’d be surprised to see tears of joy from any minorities as he is sworn in.