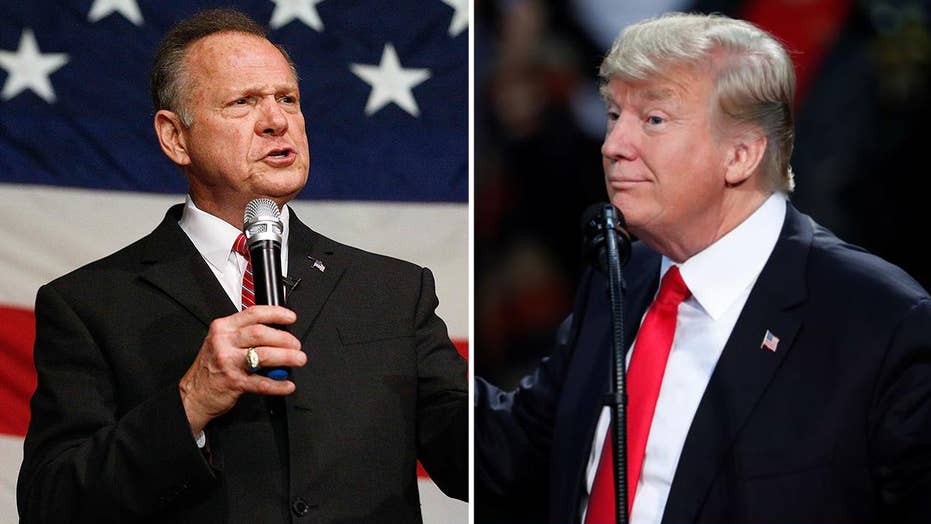 Trump under attack over Moore

Editor’s note: The following column first appeared in The Hill newspaper and on thehill.com.

President Trump’s supporters are intensifying their attacks on the Justice Department investigation into ties between Russia and the Trump campaign.

Anyone listening only to right-wing talk radio and television would assume Special Counsel Robert Mueller is “corrupt” (that’s according to Newt Gingrich); the leader of a “silent coup” (according to Rush Limbaugh); and a bad guy whose “credibility is in the gutter” (according to Sean Hannity). The Wall Street Journal’s editorial page has already said Mueller should “step down.”

The president is personally rallying his troops to help derail the investigation by throwing dirt at the FBI. On Twitter, he has said the FBI’s reputation is in “tatters” and “the worst in history.”

These baseless, partisan assaults on law enforcement are just a slice of the biggest unresolved problem in American politics — the power of propaganda.

Trust in American democracy as a “shining city upon a hill” for all freedom loving people, to quote President Reagan, is being unraveled by partisan echo chambers and internet-based propaganda.

The result is an endless airing of conspiracy theories and the equally relentless stoking of grievances against political foes.

America’s enemies know we have a problem.

In October, Facebook turned over to congressional investigators more than 3,000 advertisements placed by Russian sites during the 2016 presidential campaign. The company said 10 million people viewed those advertisements.

The goal of the Russian social media assault was to disrupt American democracy by splitting the country into warring camps, divided on hot button issues such as the Black Lives Matter movement, gun ownership, gay rights and immigration.

Russia’s version of Facebook even offered to help the Trump campaign, according to a report last week in The Washington Post, by offering to “promote Trump’s campaign to its nearly 100 million users.”

In October, executives from Google, Facebook and Twitter were grilled by a Senate subcommittee on their underwhelming response to Russia’s success in manipulating American public opinion.

“The abuse of our platform to attempt state-sponsored manipulation of elections is a new challenge for us — and one that we are determined to meet,” Twitter’s acting general counsel said, asking for patience.

“It’s Russia today; it could be Iran and North Korea tomorrow,” Sen. Lindsey Graham (R-S.C.) who chaired the hearing, told the New York Times. “What we need to do is sit down and find ways to bring some of the controls we have on over-the-air broadcast to social media to protect the consumer.”

A bipartisan group of senators led by Republican John McCain (Ariz.) and Democrats Mark Warner (Va.) and Amy Klobuchar (Minn.) has introduced legislation, the Honest Ads Act, to do just that: require the companies to publicly disclose who is paying for political advertisements online.

It’s unclear when, or whether, congressional leaders will advance the bill.

Yet not everyone agrees. A November Axios poll conducted by Survey Monkey found that 62 percent of American adults do not want the government to regulate social media companies like other media companies. Just 34 percent do. According to the poll, a majority of Democrats, Republicans and independents say they want government to stay out of it.

In that case, what is to stop Russia and other bad actors from continuing to screw with American elections?

“Twitter, Facebook, YouTube, and Google have grown to encompass duties to the public trust — duties that these companies were never intended to handle in the first place,” Jim Geraghty wrote in the conservative National Review last week.

Before the 2016 election, little thought was given to how “empowering everyone to send short messages, post videos or create online communities meant it would empower terrorists, criminals, hate groups, garden-variety nut-jobs and child predators to do the same things,” he wrote.

And what about Russia and other foreign powers out to cripple American democracy?

Geraghty is right. Now is the time to revive the doctrine of corporate social responsibility as hostile foreign powers are no doubt plotting to again use social media to disrupt next year’s election.

Unless the social media companies act to limit propaganda, the 2018 elections and a new year of Trump investigation are going to be a very rough ride.