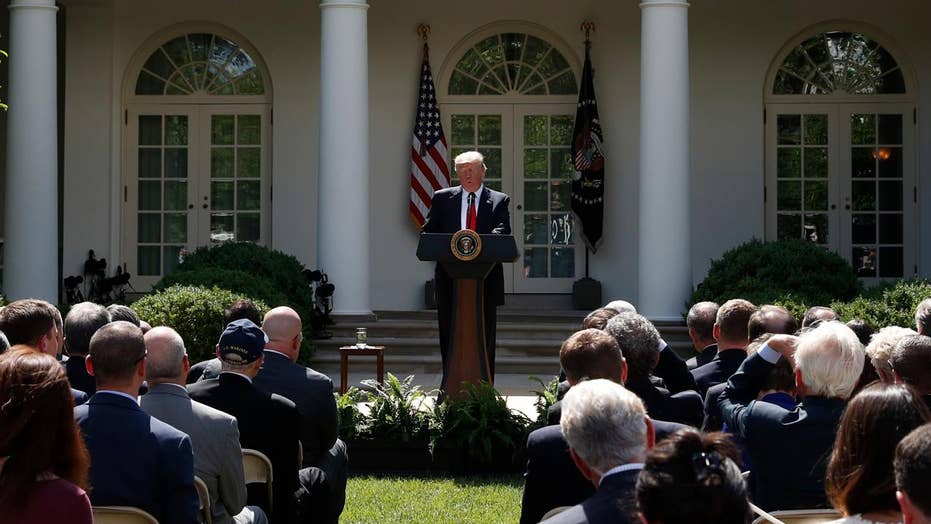 Trump announces he will pull out of Paris Climate Accord

President blasts the agreement as 'unfair at the very highest levels'

President Trump's pick to be the new secretary of state, Mike Pompeo, is not a fan of the Paris climate agreement, the treaty that claims it will slow global warning by reducing the world's carbon dioxide emissions. Politicians from most of the world's nations signed the deal, and President Obama said "we may see this as the moment that we finally decided to save our planet."

Trump wisely said he will pull America out of the deal. He called it a "massive redistribution of United States wealth to other countries."

The climate change lobby has been trying to change Trump's mind. Al Gore called his stance "reckless and indefensible." Most of the media agree. So do most of my neighbors in New York.

That's why it's good that Pompeo opposes the Paris deal. Such treaties are State Department responsibilities. Pompeo is more likely to hold Trump to his word than his soon-to-be predecessor Rex Tillerson, who liked the agreement.

The Paris accord is a bad deal because even if greenhouse gases really are a huge threat, this treaty wouldn't do much about them.

I'll bet Al Gore and most of the media don't even know what's in the accord. I didn't until I researched it for this week's YouTube video.

Manhattan Institute senior fellow Oren Cass is the rare person who actually read the Paris accord.

Cass tells me it's "somewhere between a farce and a fraud." I interviewed him for a video project I am doing with City Journal, a smart policy magazine that often makes the case for smaller government. "You don't even have to mention greenhouse gases in your commitment if you don't want to. You send in any piece of paper you want."

The Paris accord was just political theater, he says. "They stapled it together and held it up and said, 'This is amazing!'"

The media announced that China and India made major commitments.

In truth, says Cass, "They either pledged to do exactly what they were already going to do anyway, or pledged even less. China, for instance said, 'we pledge to reach peak emission by about 2030.' Well, the United States government had already done a study to guess when Chinese emissions would peak, and their guess was about 2030."

In other words, China simply promised to do what was going to happen anyway.

It's hard to see how that would help the planet.

"My favorite was Pakistan, whose pledge was to 'Reach a peak at some point after which to begin reducing emissions,'" says Cass. "You can staple those together, and you can say we now have a global agreement, but what you have is an agreement to do nothing."

However, Cass says one country did make a serious commitment. "The one country that showed up in Paris with a very costly, ambitious target was the United States. President Obama took all the zero commitments from everybody else but threw in a really expensive one for us."

Obama pledged to reduce emissions by 26 percent. If that ever happened, it would squash America's economy.

Nevertheless, when Trump said he was leaving the Paris accord, he was trashed by politicians around the world.

The UK's Theresa May was "dismayed," and Obama said, "This administration joins a handful of nations that reject the future."

Cass counters that if "the future is worthless climate agreements ... we should be proud to reject."

Don't get me wrong: The Earth has been warming, and humans probably contribute to it.

But the solution isn't to waste billions by making emissions cuts in America while other countries do nothing.

Trump was right to repudiate this phony treaty. It's good that Pompeo is around to remind him of that.