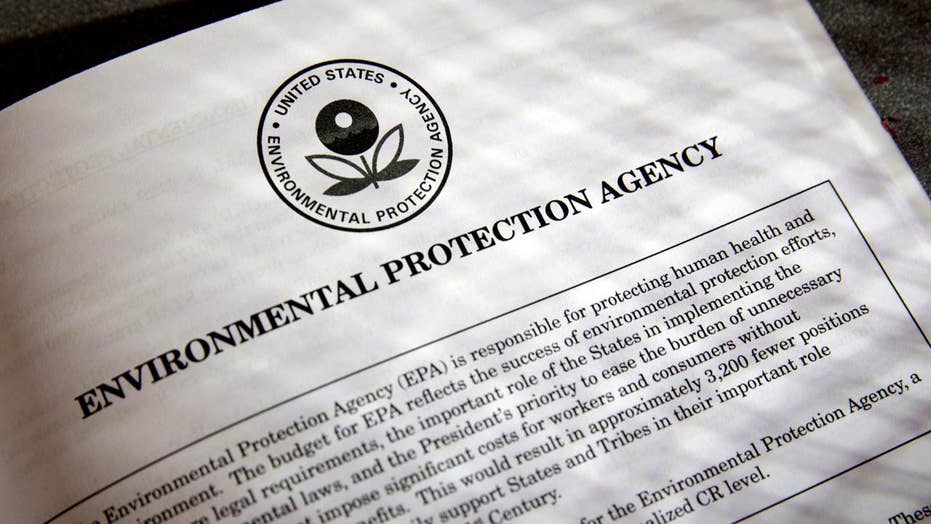 Expect more craziness this weekend. Earth Day is Saturday. This year’s theme: Government must “do more” about climate change because “consequences of inaction are too high to risk.”

They make it sound so simple:

3) Government can stop it.

Each claim is dubious or wrong.

This weekend at a movie, I was surprised to be assaulted again by former Vice President Al Gore. In a preview, a puffy-looking Gore suddenly appeared, attacking Donald Trump and mocking critics of his previous movie, “An Inconvenient Truth,” the deceitful documentary that spreads fear in classrooms today. Yes, teachers play it in class.

Now Gore claims “the most criticized” part of the film was his assertion that the 9/11 memorial site would flood. Then, during Hurricane Sandy, it did!

But Gore creatively misremembers his own movie.

He had claimed the World Trade Center would flood because of a permanent 20-foot sea-level rise.

Actual scientists called that nonsense. It would take hundreds of years for such a thing to possibly happen.

But since the area flooded, briefly, Gore spins that as confirmation of his exaggerations.

This preview was the first I learned that theaters will soon show a sequel to Gore’s film.

Google tells us that “An Inconvenient Sequel” got a standing ovation at the Sundance Film Festival. Trendy Hollywood is so dumb.

At least critics who’ve watched it gave it poor reviews.

1) Man’s greenhouse gases contribute to warming, but scientists don’t agree on how much. Of 117 climate models from the 1990s, 114 overpredicted warming.

But so far it’s been good: Over the last century, climates warmed, but climate-related deaths dropped. Since 1933, they fell by 98 percent. Life expectancy doubled.

Much of that is thanks to prosperity created by free markets. But some is due to warming. Cold kills more people than heat.

Carbon dioxide is also good for crop growth. Even The New York Times admits, “Plants have been growing at a rate far faster than at any other time in the last 54,000 years.”

But what if Al Gore is right? Maybe our greenhouse gases will eventually cause Greenland’s icecaps to melt and flood our cities. Shouldn’t government act now? No.

3) Nothing we do today will stop global warming. The Obama regulations that Trump recently repealed, horrifying the Earth Day crowd, had a goal that amounted to a mere 1 percent reduction in global CO2. And that was just the goal.

Of course, some think any cut is better than nothing. But cuts are costly. They kill jobs, opportunity. All to accomplish... nothing the earth will notice.

If warming does become a problem, we’re better off if our economy is very strong when the science tells us clearly that action will make a difference.

We should be especially wary of expensive government projects given how often alarmists were wrong in the past.

In the ’70s, environmentalist Paul Ehrlich won fame with his book “The Population Bomb.” Ehrlich predicted: "I would take even money that England will not exist in the year 2000."

Ehrlich now admits: “When you predict the future, you get things wrong.” But he says there’s a grain of truth in his prediction, because: “If you look closely at England, what can I tell you? They're having all kinds of problems.”

Give me a break.

Saturday’s Earth Day nonsense will include a “March for Science.” The media will hype it, claiming Trump’s proposed budget will poison the earth.

Some ways to celebrate:

--Use your phone or computer

Good idea! Let’s celebrate progress instead of attacking it.