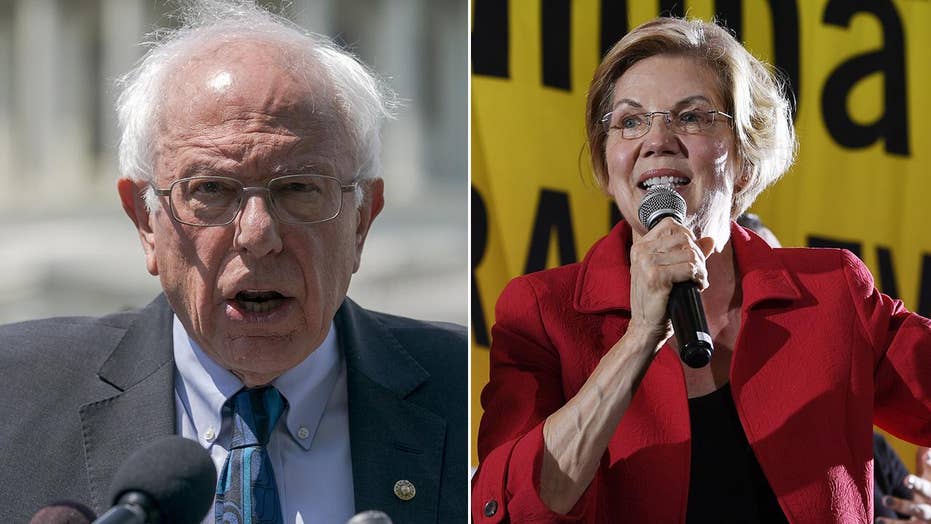 So many people want to be president. Unfortunately, many have terrible ideas.

Sen. Kamala Harris, D-Calif., wants companies to prove they pay men and women equally. “Penalties if they don't!” she shouts. But there are lots of reasons, other than sexism, why companies pay some men more than women.

Harris also wants government to “hold social media platforms accountable for the hate infiltrating their platforms.” But “holding them accountable” means censorship. If politicians get to censor media, they’ll censor anyone who criticizes them.

Sanders wants to ban for-profit charter schools and freeze funding for nonprofit charters. That’s great news for some government-school bureaucrats and teachers unions that don’t want to compete but bad news for kids who flourish in charters when government schools fail.

Sen. Cory Booker, D-N.J., once sounded better about charters, saying, "When people tell me they’re against school choice … or charter schools, I say, 'As soon as you’re willing to send your kid to a failing school in my city … then I’ll be with you.'"

Unfortunately, now that Booker is a presidential candidate, he says little about school choice. He also wants government to guarantee people’s jobs and to pay more Americans’ rent.

Sen. Elizabeth Warren, D-Mass., wants to impose a wealth tax on very rich people. That would certainly benefit accountants and tax lawyers while inspiring rich people to hide more assets instead of putting them to work.

Warren also wants to ban all oil and gas drilling on federal land, have government decide who sits on corporate boards and make college free.

The Democrat who leads the betting odds, former Vice President Joe Biden, has also said, "College should be free!"

Free? Colleges have already jacked up their prices much faster than inflation because taxpayers subsidize too much of college. Biden and Warren would make that problem worse.

The Republican incumbent has bad ideas, too: President Donald Trump imposes tariffs that are really new taxes that American consumers must pay. Trump says tariffs are needed because our “trade deficit in goods with the world last year was nearly $800 billion dollars. (That means) we lost $800 billion!”

But it doesn’t mean that, Mr. President. A "trade deficit" just means foreigners sent us $800 billion more goods than we sent them.

We got their products, and in return they only got American currency, which they’ll end up investing in the U.S. That’s good for us. It’s not a problem.

Luckily, the president has good ideas, too. He says he wants to shrink the code of federal regulations back to its 1960 size. It would be great if he actually did it. Trump slowing the growth of regulation is one of the best parts of his presidency.

Some Democratic candidates have sensible ideas, too.

Mayor Pete Buttigieg has criticized his opponents for their "college for all" freebie, saying, "I have a hard time getting my head around the idea that a majority who earn less because they didn’t go to college would subsidize a minority who earn more."

And all candidates could learn from Hawaii’s Rep. Tulsi Gabbard, who served in Iraq.

"I know the cost of war!" she says. "I will end the regime change wars — taking the money that we’ve been wasting on these wars and weapons and investing it in serving the needs of our people."

Sadly, she wouldn’t give that money back to the people. She’d spend it on other big-government programs.

Politicians always have ideas other than letting you keep your money.