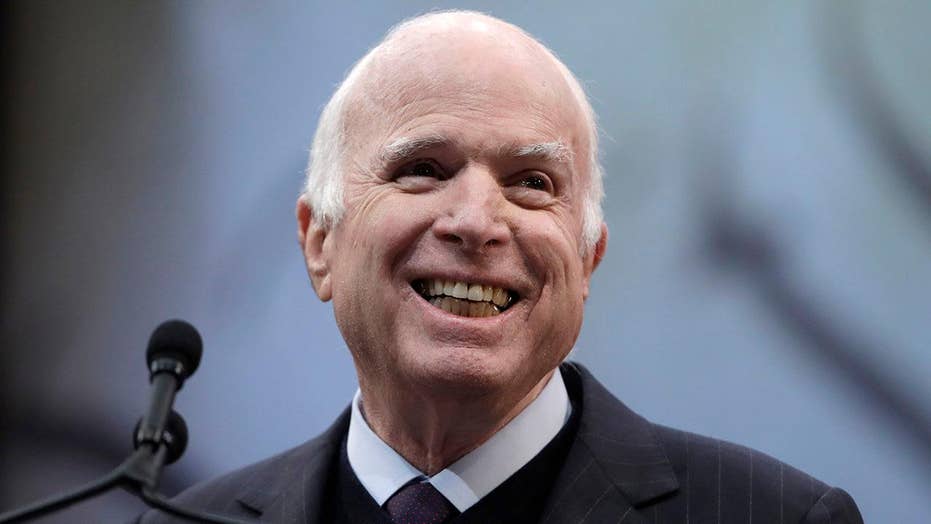 The life and death of Senator John McCain bring into striking focus what is truly most important — faith.

McCain was an American hero, both as a warrior and political “maverick.” But many may be surprised to know McCain was also a lifelong Christian. Though his faith wasn’t ostentatious, it was undoubtedly refined by and necessary to survival during his yearslong experience as a POW in a Vietnamese prison cell and decades of service in the political fray of the U.S. Senate. During captivity, McCain turned to prayer for strength and relished the responsibility of being a sort of “room chaplain” for other prisoners.

“My Father is gone, and I miss him as only an adoring daughter can. But in this loss, and in this sorrow, I take comfort in this: John McCain, hero of the republic and to his little girl, wakes today to something more glorious than anything on this earth. Today the warrior enters his true and eternal life, greeted by those who have gone before him, rising to meet the Author of All Things: “The dream is ended: this is the morning.”

Of all the accomplishments, accolades, wins and losses, fame and influence Meghan McCain could have trumpeted to a watching nation, she chose instead to zero in on the one lasting truth of McCain’s life — his time and trial-tested faith, forged in the furnace of torture, refined through a lifetime spent in selfless public service.

What a reminder that this earth is not our home (Hebrews 13:14)! Though death will come for all — great or small — we can have eternal life through God’s free gift of grace in Christ Jesus (John 3:16). It’s also a reminder of the importance of expressing our private faith in the public square by participating in the political process. Not all of us will become a U.S. Senator, but all of us can vote. Like John McCain we must vote our conscience, vote our values and vote with courage.

John McCain exemplified duty, service, self-sacrifice, genuine goodness, compromise — he truly wanted the best for others and for America. There has been a national outpouring of prayers and support for the McCain family.

Sadly, there has also been negative responses and disrespectful comments, even from Christians, that fail to embody God’s love. While not everyone agreed with his political decisions and votes, he and his family deserve our gratitude and the utmost respect.

In fact, all of our elected leaders do. An easy way to show this respect is to start praying for them. Pray for their hearts to be right with God, their families to be strengthened and God’s wisdom to fill their minds and guide their actions. This prayer guide is a helpful place to get started.

Senator John McCain laid in state at the Capitol Friday as a grateful nation honored his life and service.

It shouldn’t take the death of a great statesman to inspire our gratitude and respect for those who serve. Therefore, I challenge myself and every Christ-follower to take a few minutes every day to pray for our elected officials.

Jason Yates is CEO of My Faith Votes, a nonpartisan movement focused on motivating Christians in America to vote in every election, transforming our communities and influencing our nation with biblical truth. By partnering with national faith leaders, My Faith Votes provides resources to help Christians Pray, Think, and Act to create an America where God is honored in the public square.