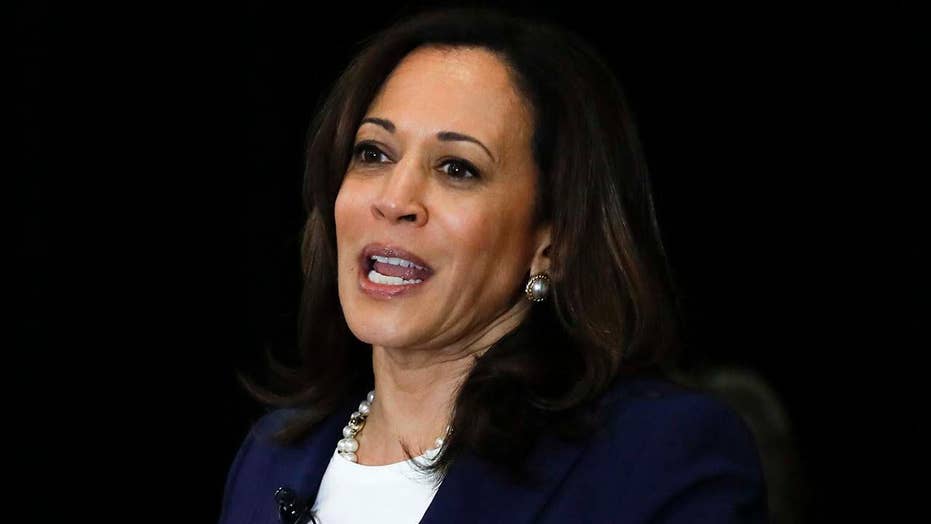 Sen. Kamala Harris, D-Calif., promised Wednesday that if she becomes president she will use executive orders to mandate background checks on the private transfers of guns, revoke the licenses of gun makers and dealers whose guns are used in crimes, and ban the importation of many semi-automatic guns.

Her proposals follow Sen. Cory Booker’s push for licensing gun owners and an even longer list of gun regulations. Like Harris, Booker, D-N.J., is seeking the Democratic presidential nomination.

The regulations Harris and Booker are proposing would hit low-income Americans – many of whom live in high-crime neighborhoods – particularly hard, because the regulations would effectively prevent them from owning guns for protection by making gun ownership more expensive. Black Americans would be disproportionately affected because of their disproportionately high poverty rate.

Booker said that as president he would seek to remove the National Rifle Association’s tax-exempt status, license and fingerprint gun owners, impose universal background checks on the private transfers of guns, place microstamps on all firearms (even though this technology does not yet exist), and ban assault weapons and high-capacity magazines.

Booker would also allow courts to confiscate firearms if a judge merely suspects that an individual is dangerous and use your tax dollars to fund gun control research.

Both Harris and Booker claim that background checks for gun purchasers stopped 3.5 million dangerous or prohibited people from buying guns. However, virtually all of those denials are the result of mistakes.

Harris and Booker also seem content to stop law-abiding people from buying a gun simply because their name is similar to that of a criminal. Relying on birth dates and phonetic similarity of names just doesn’t allow for much accuracy.

Incidentally, people are more likely to share names with other members of their racial and ethnic groups. Hispanics often have names similar to other Hispanics, and certain names are relatively common among African-Americans. Law-abiding black people and Hispanics are particularly likely to have their names confused with people whose criminal records preclude them from having guns.

This problem of false positives requires only an easy fix. The government need only follow the same rules that it demands of private companies when they conduct criminal background checks on employees.

But instead of fixing the system and requiring the use of basic identifying information, Democrats reveal that they want to make it more difficult, unfair, and inconvenient for law-abiding people – particularly minorities – to buy a gun.

Democrats argue that requiring voters to shows free IDs discriminates against minorities. But the universal background checks that Harris and Booker want for gun purchases don’t come cheap. In Washington and New York City, checks on private transfers of guns start at $125.

Booker’s home state of New Jersey has just proposed increasing the cost of its mandatory firearms purchaser identification card – which functions as a license to own a gun – to $100. On top of that, gun owners must obtain a permit, for which the proposed fee is $50.

So who do they think that all these costs will prevent from owning guns?

Booker believes that licensing gun owners will reduce crime, but licensing and registration hasn’t worked out that way in parts of the U.S. and other countries where it has been tried.

In theory, if guns are left at a crime scene, they can be traced back to the criminal. In real life, crime guns are only left at the scene of incidents when criminals have been seriously injured or killed.

Also, crime guns are very rarely registered. In the exceedingly rare instances that they are, they typically aren’t registered to the person who committed the crime.

That’s why police in Canada, Hawaii, Pennsylvania, Chicago and Washington, D.C., can’t point to any crimes that have been solved as a result of gun registration. But there is a cost. In Honolulu, the licensing and registration operation takes 50,000 hours of police time each year to run.

Booker claims that Connecticut saw “a 40% drop in gun homicides” between 1995 and 2005, but he ignores that crime was falling nationally as well as in the Northeast during the period – not just in Connecticut.

Indeed, in the rest of the Northeast, the drop in gun homicides was greater than Connecticut’s in three of the next five years after licensing was enacted and eight of the next 15 years.

Harris and Booker want to close the “boyfriend loophole” to prevent dating partners convicted of domestic violence from purchasing guns, but this misstates existing regulations.

Under federal law, “domestic violence” already includes felony or misdemeanor crimes of violence committed by an “intimate partner.” Even a misdemeanor conviction involving a violent crime bans someone from owning a gun for life.

Booker’s promise to close the so-called “Charleston Loophole” is just as misleading. Supposedly, if the government would only have had more time to check Dylann Roof’s background, he would have been stopped from buying a gun.

But Roof, who pleaded guilty to murdering nine people at a church in Charleston, S.C., in 2015, had only been charged with misdemeanor drug possession prior to the church shooting, so would not have been barred from buying a firearm under Booker’s proposal.

As to banning high-capacity gun magazines, they are just a metal box with a spring. They are trivially easy to make and virtually impossible to stop criminals from obtaining. The 1994 legislation banning magazines holding more than 10 bullets had no effect on crime rates.

“Congress has not provided federal funds to research gun safety,” said Booker, in what is a flat-out lie. The federal government has generously funded firearms research, spending over $43 million between 2015 and 2018.

Nor has this been the only source of funding. Multibillionaire gun control advocate Michael Bloomberg, the former mayor of New York City, has poured hundreds of millions of dollars into the effort.

Other regulations, such as microstamping firearms – where a gun’s firing pin imprints a microscopic set of characters that identify the gun’s make, model and serial number on each cartridge – have yet to be developed. Mandating this on guns effectively bans new guns.

Instead of adding more fees and inefficiencies, Democrats would be more honest with the American people if they simply acknowledged that they want to ban guns. This wouldn’t so unfairly and disproportionately affect poor Americans, many of whom are minorities.