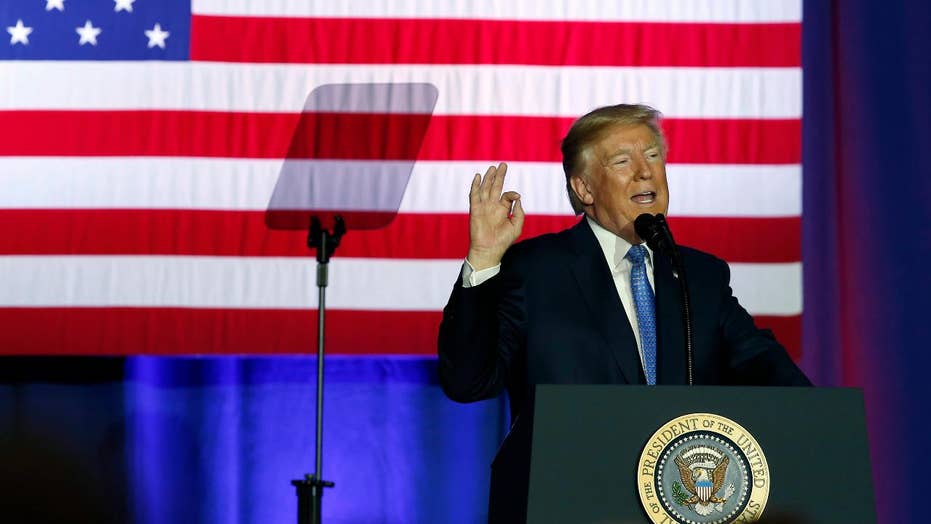 The president's plan would slash the corporate tax rate to 20 percent and lower the top individual tax rate from to 35 percent.

With the failure of Republicans to address health care, the GOP Congress hasn’t landed a single major legislature acccomplishment on President Trump’s desk yet. No wonder Trump was in Indiana Wednesday launching his effort to reform the tax code by reducing tax rates and inhibitors to job creation.

There is no doubt that the notion of tax reform is popular with the American public. A recent poll found 68 percent of Americans agree our tax laws should have a major overhaul. That number included 77 percent of Repubilicans, 70 percent of Independents and 62 percent of Democrats.

Major reaons given are  the sheer complexity and massive compliance costs of our current system - even for those with modest incomes. “In 1935, the U.S. had a one-page tax form consisting of 34 lines and two pages of instruction,” says Gary Kohn, head of Trump’s National Economic Council. “Today, the basis 1040 form has 79 lines and 211 pages of instructions. Taxpayers spend nearly 7 billion hours complying with the tax code each year, and nearly 90% of taxpayers need help with their taxes.”

President Donald Trump speaks in Indianapolis, Wednesday, Sept. 27, 2017. Trump is calling the current tax system a "relic" and a "colossal barrier" that's standing in the way of the nation's economic comeback. He says that his tax proposal will help middle-class families save money and will eliminate loopholes that benefit the wealthy. (AP Photo/Michael Conroy)

The Trump tax plan would dramatically simplify the tax code by cutting the number of rates from seven to three - ranging from 12 percent to 35 percent - and getting rid of deductions such as those for state and local taxes. The standard deduction for couples would be doubled to $24,000 a year, making it possible for many Americans to have no tax liability at all.

Polls also show a majority of Americans want tax reform to spur job creation, and the Trump tax plan cuts rates for both small and large businesses by 43 ercent. A special low rate on multinational companies’ oversears income is designed to encourage them to bring dollars they have parked overseas home so they can be invested.

Companies would be allowed to immediately write off investment expenses, though only for five years. That is of advantage to existing businesses, but much less so to new firms struggling to get started.  Look for Congress to be under pressure to make expensing permanent.

Overall, presidential aides say the system will remain as progressive as it currently is, a big shift from prevous GOP tax bills that critics say were skewed to the wealthy. They are still toying with the idea of a surtax on the well-off -- a sort of wealth tax -- that would set the hair of Reagan-era supply side tax cutters on fire.

Sadly, I don’t believe that most of the efforts to soften the bill’s image will win much Democratic support. It’s enough of a red flag for the liberal base of the Democratic Party that this is the TRUMP tax bill.  As with health care, he is likely going to have rely on Republican votes. It would be a shame if our political polarization led to policy paralysis on a fundamental issue such as tax reform.