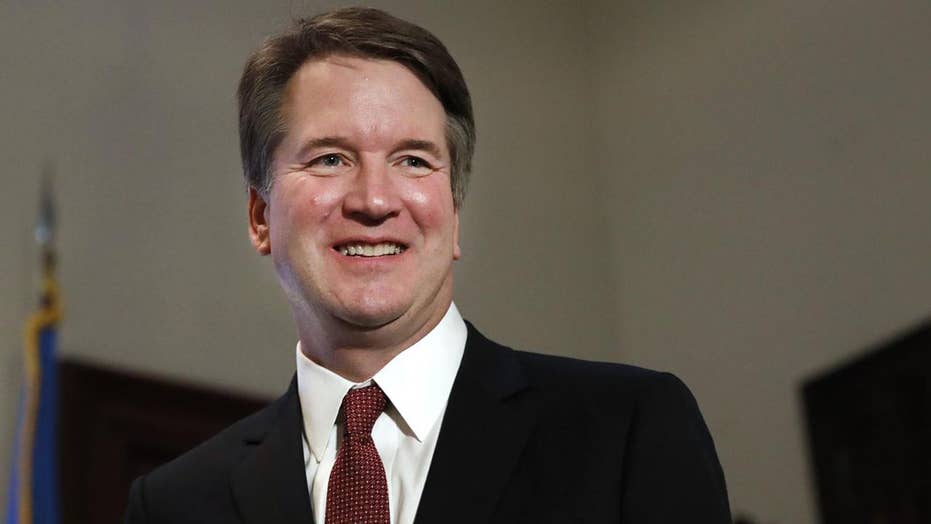 Kavanaugh confirmation hearings kick off for the Supreme Court nominee.

As Judge Brett Kavanaugh’s confirmation hearing on his nomination to the Supreme Court began Tuesday in the Senate Judiciary Committee, senators were ready to probe his views on issues ranging from abortion to the scope of federal regulation. He will also be asked about issues that have attracted far less attention, but will nonetheless have a profound impact on our legal system.

One of these issues is the influential role of the American Law Institute, a 95-year-old body of 3,000 judges, academics and practicing lawyers. While unknown to the general public, the ALI plays a key role in distilling what the law is on key topics.

The institute’s publication “Restatements of the Law” lays down the principles or "black letter law" that judges use as guidance in decisions. The Supreme Court cites the ALI every few weeks, on average, in its decisions.

But in recent years many critics have accused the ALI of creating new law rather than restating it. Among those expressing concern have been two Supreme Court justices.

Just before his death in 2016, Justice Antonin Scalia warned about the ALI’s drift. In the Supreme Court’s Kansas v. Nebraska decision he wrote: “Modern Restatements … are of questionable value, and must be used with caution…. Over time, the Restatements’ authors have abandoned the mission of describing the law, and have chosen instead to set forth their aspirations for what the law ought to be.”

Scalia – joined by Justice Clarence Thomas – warned that the ALI’s effort to restate restitution law was highly flawed. Scalia wrote that such novel views of the law should have “no more weight regarding what the law ought to be than the recommendations of any respected lawyer or scholar.” The justice wrote that no longer can one assume that “a Restatement provision describes rather than revises current law.”

That skepticism about the ALI’s work product has spread to the states. Earlier this year, six governors – from Texas, Maine, South Carolina, Nebraska, Utah and Iowa – sent the ALI a letter warning that the proposed draft “Restatement” article on the law of liability insurance was a usurpation of the lawmaking authority of their state legislatures.

One state has gone even further. In July, Gov. John Kasich, R-Ohio, signed a bill that says ALI’s “Restatement of the Law on liability insurance”  “does not constitute the public policy of Ohio.”

Ohio courts were directed to ignore the ALI’s “Restatement” article. No state had ever passed legislation against an ALI “Restatement” in its entirety before.

There are also warning signals that the ALI is imprudently trying to redefine social policy by adopting novel legal rules.

At its annual convention two years ago, ALI leaders proposed adopting a model penal code that would make “affirmative consent” the ALI’s official policy in sexual relations. The move was stymied when key ALI members noted that such a definition would shift the burden of proof to the accused – something at odds with our basic judicial system.

As Ashe Schow wrote in The Washington Examiner in 2016:  “The accused would have to prove they had received ‘communicated willingness.’ This would mean that any time someone engages in sexual activity, they not only have to make sure they obtain this specific form of consent, but also proof of this consent.”

Jonathan Macey, a professor at Yale Law School, has long argued that the ALI is structured in such a way as to give a minority of legal activists excessive say in its final work product and to exclude broader views.

Macey argues that without taking seriously input from elected officials, regulators, the business community and consumers, the ALI will drift towards bureaucratic turf-grabbing.

Throughout his dozen years a judge on the U.S. Circuit Court of Appeals for the District of Columbia, Brett Kavanaugh has been a staunch opponent of the excessive power wielded by unelected federal regulatory agencies.

Kavanaugh should be asked during his confirmation hearing whether he shares the view of the late Justice Scalia that the ALI has been overstepping its mandate to clarify the law and is trying to reinvent it instead.